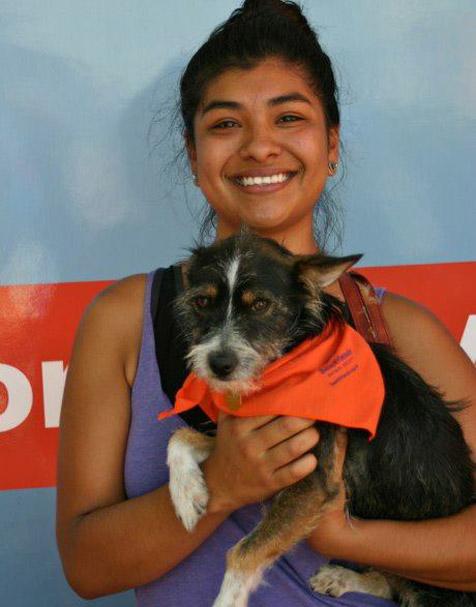 Burbank, California, may be most well-known for Disney, Warner Brothers, ABC and NBC Studios, but for nearly a year a core team of dedicated volunteers has been working overtime with Best Friends staff to see the city fall in behind 27 others around the country (and Canada) for something entirely outside of showbiz. If things go their way, Burbank will join cities from Albuquerque to Toronto by banning the sale of dogs and cats in pet stores. There’s a key vote coming up soon, and the effort is getting a big boost from the true VIPs involved: the animals and the volunteers who love them.

Puppies and kittens from pet mills

Elizabeth Oreck, manager of Best Friends’ puppy mill initiatives said, "Stores in Burbank are selling puppies and kittens from mills, and we’d like to see them move to an adoption model." She noted that there are several successful pet supply stores in the city that either don’t sell pets, or offer rescued animals for adoption. She said, "This isn’t a new concept for Burbank. We’re just trying to codify what’s already happening." But even with over 70,000 animals dying each year in nearby shelters, it turned out that the Burbank city council would need more convincing than mere statistics.

When the idea was first posed to the city council in January, instead of passing a motion to write the ordinance, they voted to conduct some research before they’d be willing to craft an ordinance on which to vote. Undaunted, Elizabeth explained that, "Because there was some hesitation from the council to move forward, we realized we needed to generate community awareness and support in Burbank to encourage the council to move forward." That’s when a core team of Best Friends volunteers stepped up and faced the challenge head on.

Realizing there was a chance the city council might turn away from the cause they care deeply about, Shelley Rizzoti, Christy Schilling and Jennifer Krause — all Best Friends volunteers — wanted to do more. And so they formed their own group, Citizens for Rescue-Only Pet Stores (C.R.O.P.S.) to support and work in tandem with Best Friends’ puppy mill initiatives. Their goal is simple: Get the ordinance passed in Burbank, and then move on to the next city. They have turned into a force to be reckoned with.

Once the puppy mill initiatives staff had the help and support of C.R.O.P.S., they had the combined capacity to start a letter-writing campaign, signature gathering, and social media engagement (the C.R.O.P.S. Facebook page has nearly 700 fans). Their letters to the editor got published in newspapers, and Burbank residents began seeing people with C.R.O.P.S. buttons, stickers and T-shirts. Word was spreading, but they needed something even bigger. Something that would draw people in even more, and that would bring the real issue into the limelight. They needed some animals.

Bringing out the big guns (puppy breath and purring kittens)

In June, C.R.O.P.S. and puppy mill initiatives staff worked overtime to secure a location, get permits, advertise, and set up for an event that they hoped would accomplish two big goals at once — get animals adopted and garner support for the ordinance. 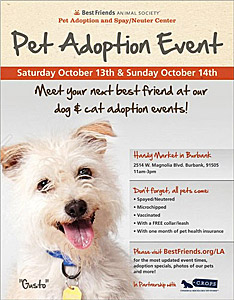 Come to our next adoption event

On the first morning of the two-day event, mobile adoptions staff from the Best Friends adoption center arrived at a local market with their Mobile Adoption Center (MAC) and dogs and cats of all shapes and sizes. "The public response was overwhelmingly supportive," Elizabeth said. Staff and volunteers were kept busy during the entire event, talking to people about the ordinance, collecting signatures and matching adopters with new pets.

They also invited city council members to stop by, which they did. Elizabeth said, "They saw that people were excited about what we were doing; signing the petition, adopting pets — it showed the overwhelming community support."

The event proved that Burbank residents aren’t only looking for eight-week old purebred puppies, Elizabeth said. "We wanted to show the store owners and the city council that people want to adopt all types of dogs." By the end of the event, 40 pets had been adopted.

The Burbank City Council is set to vote again on October 16th, and the team is gearing up for another two-day adoption event on October 13th and 14th. Elizabeth is confident that the event will be just what’s needed at that pivotal moment. She summed it up saying, "The public shows their support every time."