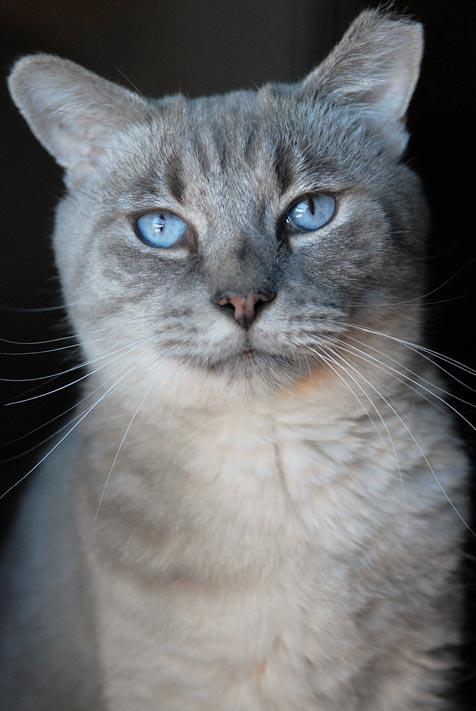 Polydactyl cat with lots of love to give

For all you folks who are secretly yearning to play video games with a cat, Tom Thumb is your guy. Not only because he's the lovingest, cuddliest thing on four legs. It's because he can hold a video game controller! Or rather, he could if you took the time to teach him.

Tom Thumb is a polydactyl cat, which means he has extra toes. Thumbs, more likely. Right where they'd be on a human hand. It's kind of wild to glance down at a cat and find opposable thumbs. Makes you want to give him a high five or something. But, ultimately, that's not what makes Tom Thumb so special. He's special because of how far he's come.

For starters, he came from the Best Friends rescue in Pahrump, Nevada. He'd been living with hundreds of other cats in a shelter that had grown far too overcrowded. Food was scarce, cats were sick, and there weren't enough resources to care for them all. Not to mention they were spending much of their time outdoors in over-100-degree weather. Best Friends went down to help, and by the time they found Tom Thumb, he had a serious, infected bite wound on his neck. Given his living circumstances, is it any wonder he might have been grumpy enough to get into a scuffle?

Even though help had arrived, Mr. Thumb didn't calm down right away. He had a near run-in with a small dog sharing his office space, and when a caregiver tried to intervene, he earned himself a nip for his troubles. By the time Tom Thumb came to the sanctuary to live as an office foster cat, the staff members had prepared themselves for a fiery-tempered fellow.

Cat is mellowing out

Boy, were they in for a surprise. Talk about the anticlimax of the year. Spend one minute with Tom Thumb now and you'd be willing to stake your life savings that this guy wouldn't so much as scowl at you on a dare. He's nothing but a loud-purring, head-butting, affection junkie. Looks like a clean bed and a full stomach go a long way toward mellowing a fellow out! Tom Thumb, whether it's video games or a cross-stitching career in your future, we're sure you're headed for great things. Welcome!