Home  /  Stories  /  Latest News  /  Twelve-year-old forgoes his birthday party, has all his friends volunteer with homeless pets instead
Most read news

Twelve-year-old forgoes his birthday party, has all his friends volunteer with homeless pets instead 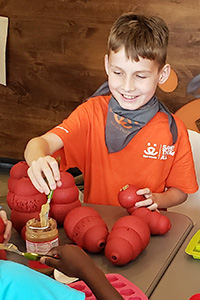 Jack Hallock didn’t have the usual 12-year-old’s birthday party: Instead of celebrating with wrapped gifts and cake, he chose to have his party at the Best Friends Lifesaving Center in Atlanta, surrounded by dog toys and peanut butter.

Jack and his friends partied by volunteering at the center together, cheerfully preparing treats for the dogs, filling bags of food for adoption kits and playing with dogs and cats. But that wasn’t all that made this bright-eyed young volunteer’s birthday party stand out: Jack had come to volunteer to give a gift — and more than one as it turns out.

Volunteering for animals as a family

Jack’s party also celebrated him being old enough to officially volunteer at the center. He’d been waiting for this day since 2015, when his mother, Jayne Hallock, began volunteering following the loss of the family’s beloved dog, Wolfgang. “I adore dogs,” Jayne says, “as does our whole family. I really missed being around dogs and I felt I had love to give them.”

After answering Best Friends’ volunteer call to “get her dog fix,” she was soon reporting in after work each day for one to two hours of doing laundry, mopping, landscaping, dog walking — whatever needed to be done so that the staff could do vital work with the animals. And that inspired Jack, who says: “Whenever my mom told me that she was going to volunteer, I always asked if I could come.”

Regardless of his enthusiasm, Jack had to be patient because Sanctuary volunteers are required to be at least 12 years old. Never one to let age stand in the way of his caring about animals, Jack already had a head start by becoming a vegetarian at the age of five after learning where his food came from. Today he champions the “impossible whopper” burger and encourages all his friends to try it. The Impossible Burger Company even sent him swag to thank him for his advocacy. As Jack has grown up, he’s joined his mom to volunteer to help animals in any way he can — even when the work is far from cuddling puppies and kittens.

When he was 10, Jack helped Jayne clear some brush from a dog play area. At age 11, he distributed brochures for her when she was the marketing assistant for Strut Your Mutt in Atlanta. “Basically, anytime he could come with me and do some sort of volunteer thing, he came with me,” she says.

In addition to being inspired by his mom, Jack was also encouraged by Connie Bowman, his aunt and personal “animal activism hero,” who has worked with the Coalition to Unchain Dogs to help build fencing. So even though the Hallock family eventually adopted two dogs (Professor Peanut and Bongo) and Jack found ways to advocate for animals, he still wanted to help animals who hadn't yet found a home. 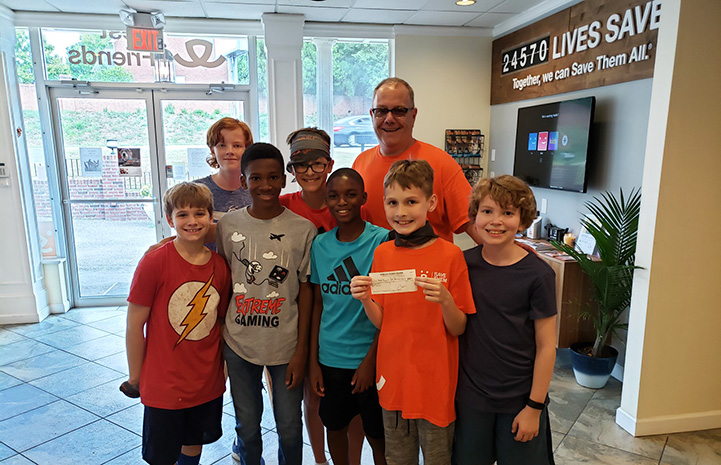 A month before his 12th birthday, Jack saw a picture of a starving dog in an ad for an animal group. Haunted by the image of the skinny dog, he was crying in his bedroom when Jayne came in to check on him. As they talked, his sadness turned into frustration and he punched his pillow.

“I’m so mad because I want to help so bad and I can’t help,” he told Jayne. When she reminded him that he would soon be old enough to volunteer, his rough ideas about somehow incorporating dogs into his birthday celebration became clear.

“Does that mean that the day I turn 12 I can start volunteering?” he asked. Yes, Jayne said, it did. And as she talked further with him about turning his passion, frustration and sadness for dogs into action, Jack said: “I don’t even want any presents. Can we see if we can actually have a party at Best Friends?”

Brantlee Vickers, a volunteer coordinator for Best Friends, along with other staff members and volunteers, helped organize the party for Jack and his friends. They planned a series of activities: a tour of the facility, an hour of making frozen peanut butter treats for the dogs at the center and filling food bags for adoption kits, a half-hour playing with cats and a half-hour with dogs in the play yard.

Brantlee says this was the first time she’d seen a birthday party that really celebrated being able to volunteer. But it was different in another way, too: The person having the birthday gave the best gift.

Prior to the party, Jack asked his friends to donate to the animals, and when his two aunts in North Carolina heard about it, they wanted to donate, too. Jayne shared the donation request on Facebook, and dozens of people responded to bring the total to nearly $700. "Everyone just rallied around and was very excited that Jack was a good representative of his generation of kids who really care about animals," Jayne said.

At the end of his party, Jack presented a check for the donation grand total. “I know that $700 will help a lot with beds, toys and food for the dogs and cats," he said. "Knowing how much this will help the animals in the shelter — this was the best part.” 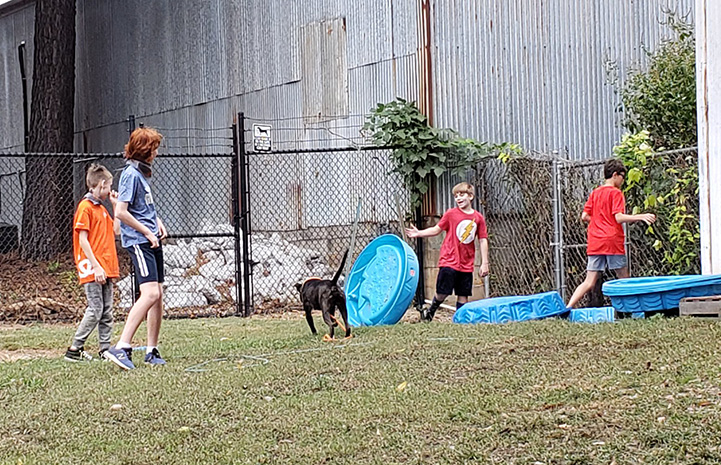 Volunteers are crucial in animal welfare

According to Brantlee, the role of volunteers is “super crucial” in the animal welfare movement. She says that among the great values that volunteers bring to the table are their vast array of skill sets, and she characterizes a good volunteer as someone who is down for the cause and will promote Best Friends’ goal of getting to no-kill by 2025. Jack certainly fits the description.

What stood out about Jack was how caring and kind he was, says Brantlee. “At such a young age, he’s so inspired by the movement and it’s really touching. With the youth volunteers, we are shaping the next generation of animal welfare advocates, whether they end up in the industry, continue volunteering as adults, or just decide to adopt in the future once they get their own animals.”

Raising nearly $700 to help animals looks great on a volunteer resume, but it's not the only thing that Jack brings to volunteering: He also inspires other people. Even though he had been excited about the party, he was a bit worried that his friends would be bored. They were not.

Will Tallach, one of the party guests, said it "was really great of Jack to have a party at the animal shelter." His favorite part of the party was when Jack presented the check.

Jack says part of the idea of the party was to “hopefully encourage some of his friends to volunteer and get more involved with helping animals, just to give them an idea of what they could do.” Brantlee, too, had her eye on the effects of the party as shaping the next generation of volunteers to take the reins once they mature and start doing great things.

For Jack, helping animals is what drives him to volunteer: “Knowing that I’m helping homeless animals is the best part and what keeps me doing it,” he says. It also seems to be a source of great joy for him. When Jayne asked him how great the party was on a scale of 1 to 10, he declared it a 20 — no small sign of how much it meant, given that everything else, including his favorite meals, rate consistently under a 9.

No ordinary 12-year-old, Jack Hallock is an inspiring volunteer and a passionate activist — someone both new and older generations can look up to. 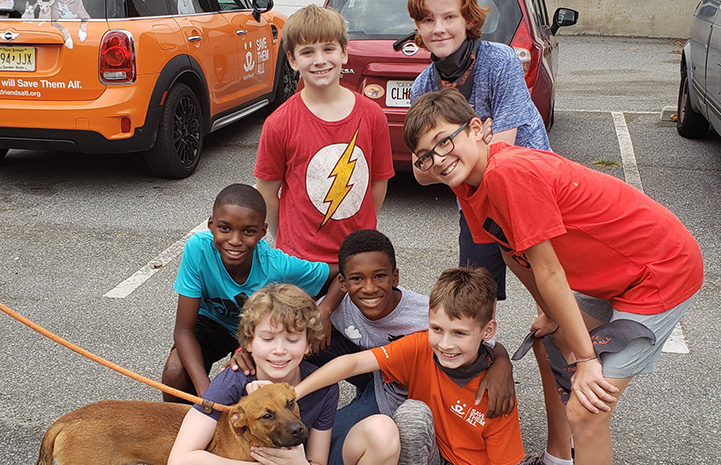