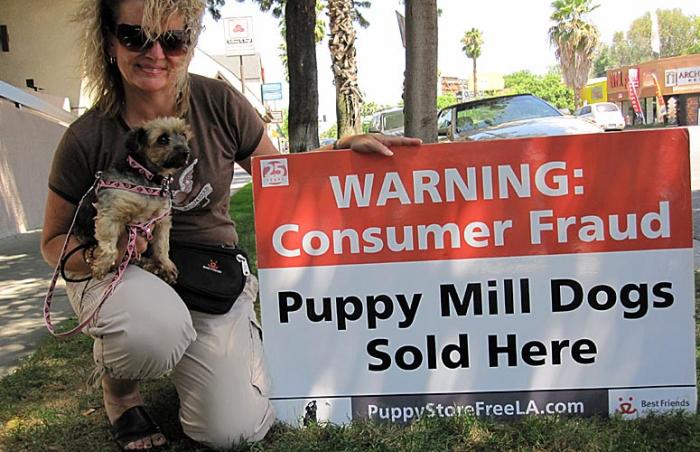 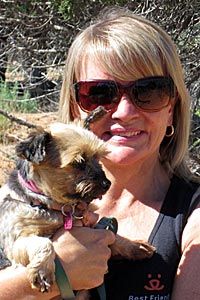 When Lindsay Reeves, self-proclaimed cat person, visited Best Friends Animal Sanctuary in Kanab, Utah, for the first time, she was amazed. As a longtime animal advocate, the Sanctuary was hallowed ground for special-needs animals.

During her second trip to the Sanctuary, she asked about volunteering with puppy mill survivors. The puppy mill issue was heating up in her home area, Los Angeles County, and she wanted to help victims who had been through so much.

Fate must have intervened that day because it just happened that some newly arrived dogs needed socialization. These dogs had recently been rescued from Midwest puppy mills.

One particularly timid Yorkie quietly captured Lindsay’s attention and sparked her a new passion – educating folks on the connection between puppy mills and pet stores.

Thrilled to help socialize the dogs, Lindsay was drawn to the shyest of the group, a little Yorkie named Eliza Doolittle.

“After a week of spending an hour a day with the dogs, for some reason Eliza still was not interested in attention,” says Lindsay, who had to leave the Sanctuary knowing she would be back to see how the tiny dog had progressed.

On her return six weeks later, Lindsay found Eliza had become a different dog. “She was eating out of a bowl and sitting on her caregiver’s lap. It was wonderful to see her improve,” says Lindsay, who took the little canine for a sleepover. While Eliza still was very reserved, Lindsay was already hooked. At the end of the visit, she filled out an adoption application.

Inspired to help other dogs from puppy mills

Once settled back with Eliza in Southern California, Lindsay knew she wanted to help all the other Elizas still stuck in puppy mills. During a peaceful pet store demonstration outside of now-closed Pets of Bel Air in Los Angeles, Lindsay met Elizabeth Oreck, national manager for the Best Friends puppy mill initiatives.

“Lindsay is the perfect animal advocate, always professional, calm and well-educated on the issues. And since Eliza is always with her, she’s the perfect one to gently open the dialogue about the horrors of puppy mills,” says Elizabeth. 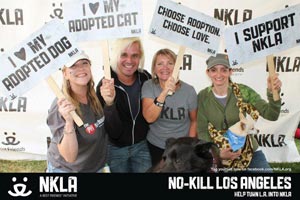 Lindsay and Eliza have since become volunteer cornerstones for peaceful pet store demonstrations and are able to make compelling statements during city council meetings dealing with the pet store (and puppy mill) issues.

“Lindsay is also such a positive presence at so many of our events beyond the puppy mill initiatives,” adds Elizabeth. “She and Eliza volunteer for pretty much every Best Friends event, from NKLA Adoption Weekends to the Strut Your Mutt. They wholeheartedly support the Best Friends mission.”

Putting a canine face to the issue

Beyond being incredibly adorable, Eliza Doolittle, has an endearing and interesting face that definitely ups the cuteness ante, her tongue constantly sticking out of her mouth.

“People are always asking about Eliza,” says Lindsay. “When they learn that her tongue hangs out because of so many years of puppy mill neglect (her teeth were so bad they all had to be pulled), it shocks people and forces them to face the realities of puppy mills.”

As Lindsay and Eliza Doolittle celebrate five glorious years together, the two are inseparable. Lindsay marvels at how far her best friend has come.

“With a lot of patience and understanding, Eliza now loves people, other animals and, of course, is an advocate for pet adoption.”

Get involved to end puppy mills