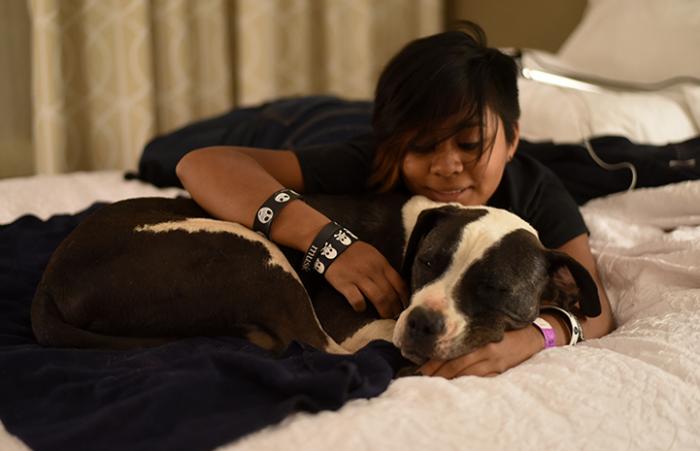 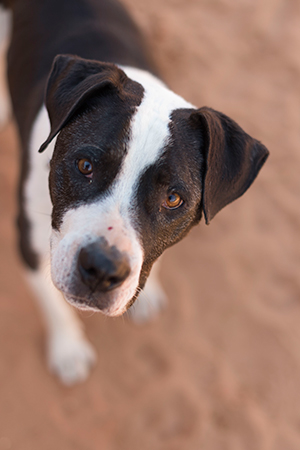 Some dogs take longer than others to leave their puppy antics in the past, and Braxton is one of those dogs. He was already 10 years old when he came to the Sanctuary from a Best Friends No More Homeless Pets Network partner, where he’d been overlooked for adoption because of his age. But Braxton, who has arthritis and is hard of hearing, sure didn’t act like an old dog. He was chock full of puppy mischief and he was ready to unleash it.

Braxton could turn a room upside down a lot faster than you’d imagine after seeing his sweet, greying face. “He was like a six-month-old pup in an old dog’s body,” says Dogtown caregiver Erin Schmitz. It wasn’t that Braxton was naughty. He’d just never had a chance to learn what people expect of him in a homelike setting. So, whenever he found himself in one, he’d get really excited and decide it was party time.

Adopt a senior pet from Best Friends — for free

Taking a senior “puppy” on sleepovers

A mature dog is far less likely to chew up the TV remote, your favorite pair of slippers or the new couch. Senior pets are often able to transition quickly into new homes and settle down without a whole lot of basic training ― but not Braxton.

There’s something distinctly adorable about a senior dog who remains young at heart. But rambunctious puppy behavior like stealing socks or treating the bed like a trampoline wasn’t going to help Braxton find a home. Most people adopt senior dogs because they want to skip the puppy stage in favor of a dog who already has good house manners. Braxton needed to learn to be a polite house guest, so that one day he can live happily in a home.

Braxton’s caregivers began teaching him manners and recruited understanding Dogtown volunteers to take the senior “puppy” on sleepovers. At first, it wasn’t much different from taking home a brand new pup. Braxton had to be watched all the time so he wouldn’t get into absolutely everything. Volunteers helped with basic training, too, by using hand signals because Braxton is often unable to hear verbal cues.

As with very young dogs, things quickly started to click. Braxton caught on that sandwiches on counters are not for him and that people don’t always like it when dogs rifle through their suitcases or steal their socks. He began to understand that people considered him an honored guest in their home away from home. Within months, he had started to return the favor by acting like one. 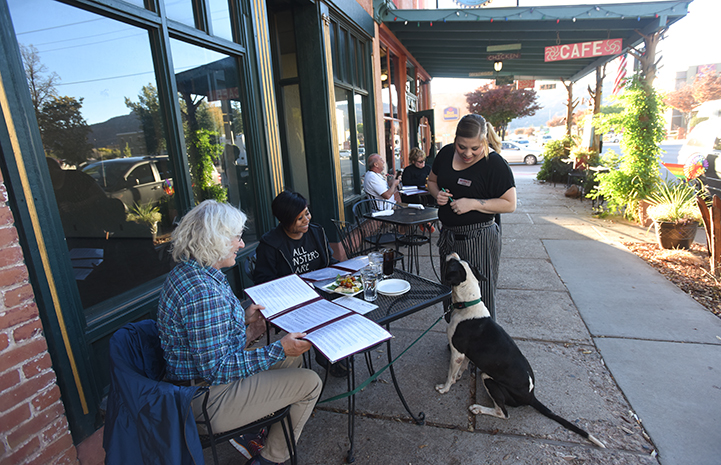 Dog now settling down and acting his age

On a recent sleepover, Braxton joined Alise Pemsler and her daughter Marisa for dinner, and then returned with them to their hotel room. Braxton had no interest in causing chaos there. After inspecting the room, he jumped up on one of the beds to enjoy some serious snuggle time with Marisa.

Take a Sanctuary animal on a sleepover

The Pemslers, who have a deaf dog at home in Idaho, were pretty impressed with their guest, who had excellent manners ― except, of course, for his adorable tendency to hog the bed. Once he was up there, Braxton made himself right at home and settled in for the night like a dignified gentleman. “Braxton was a great date,” says Marisa.

Now that he no longer acts like a mischievous puppy, people can really see and enjoy Braxton for the perfect companion and sweetheart that he is. Because as great as puppies are, senior dogs are pretty special, too. 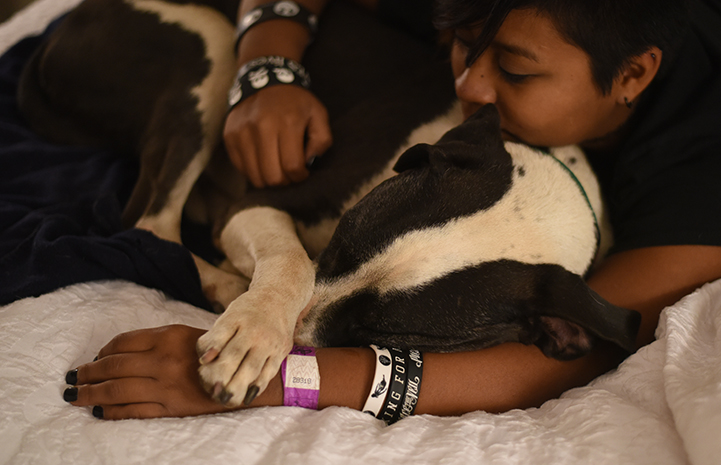