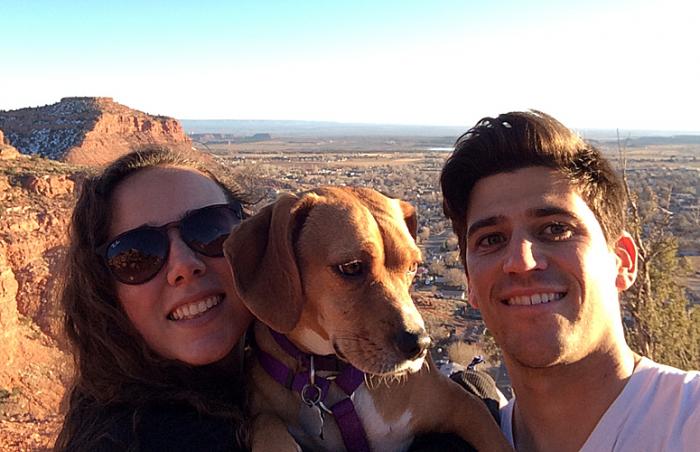 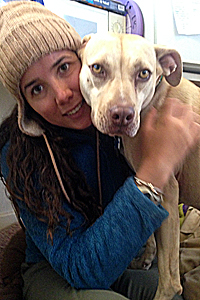 Lindsey Fontana took a big leap when she quit her job. Leaving a desk job in which she felt unfulfilled, she headed out to the one place she thought would help her decide if her dream career with animals was really for her. She signed up to volunteer at Best Friends for three months, figuring she’d get a hands-on feeling for daily work helping animals. She ended up getting just that — and so much more.

Lindsey had known about Best Friends since taking a college social entrepreneurship class in which she studied Best Friends’ techniques for addressing the homeless pet problem. She liked what she learned, and signed up as a volunteer chairperson for the 2013 Strut Your Mutt in San Francisco, where she lived at the time. When she realized that she enjoyed her volunteer “job” more than her actual job, the seed was planted to explore a career change.

When Lindsey arrived at the Sanctuary in southern Utah, she had clear-cut goals. You could say she likes dogs. Perhaps that’s an understatement, since she spent all but two shifts working in Dogtown during the three months she volunteered. Sure, she wanted to help in the other areas, but she didn’t want to sacrifice that one-on-one time with the Sanctuary dogs, who quickly came to mean so much to her.

Her volunteer experience was designed to emulate a real job, so she could determine if she truly wanted to pursue a career in animal welfare. Her favorite part of the experience was becoming an integral part of the dogs’ training.

“I loved it,” says Lindsey. “I never need to sit in front of a computer again. I’d rather shovel poop and scrub the floors with bleach. I had such a great time doing what I was doing.”

Making a connection with one dog

After hard-working mornings, she enjoyed the opportunity to relax with dogs in the afternoon. The kennel with Duke, Harrison and Moccasin was particularly mellow, so she would settle down on a bed, pull out her Kindle, and read to the dogs. Duke and Harrison came right over and snuggled in. Moccasin, however, was a harder sell. The shy dog would go outside, but then return, not wanting to be left out.

After a few days it clicked, and Moccasin realized Lindsey was pretty cool. She began to lie down with her hindquarters touching Lindsey’s leg, which was a huge breakthrough. Lindsey had been considering adopting another dog and that’s when it clicked for her as well. She saw that Moccasin had potential for fitting in with her family, and even after she returned home, Moccasin remained in her thoughts.

Vocation of her dreams 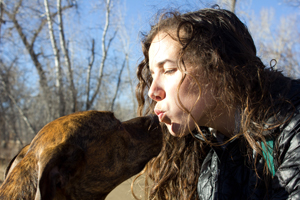 Those three months of volunteering awakened Lindsey’s soul and she realized the vocation of her dreams would be working with dogs, specializing in training and behavior.

Back in Colorado, she enrolled in a three-month behavior modification program at the Humane Society of Boulder Valley, furthering her commitment to work with animals. But she also made one more commitment — recently returning to Best Friends so she could adopt Moccasin.

Additionally, Lindsey’s dream of a career in animal welfare is beginning to come to fruition. She received an offer to work with the dog trainers at her local humane society. She couldn’t be happier, crediting Best Friends with contributing to her new path in life.

“Best Friends gave me the confidence to go after my dreams,” says Lindsey.