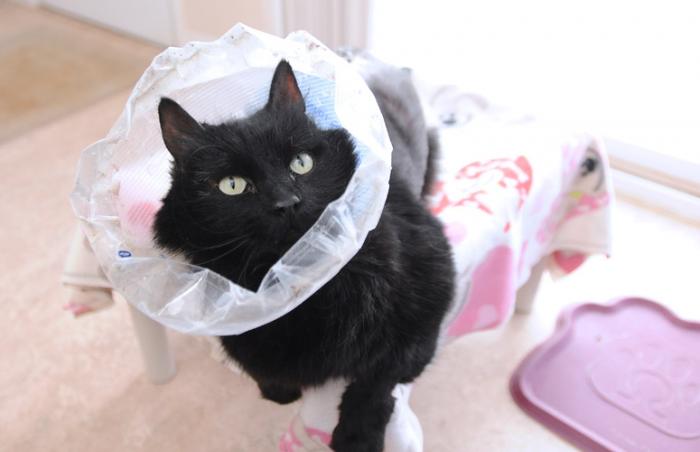 Some conversations consist of small chitchat between friends, while others are more substantial, such as when the president addresses the United States. Such talks can end up affecting countless lives.

However, sometimes an offhand remark can quickly escalate to significance. That's what happened almost two years ago at Cat World, and over time it too will affect many lives, both human and feline.

It was during an everyday chat with Cat World manager Michelle Warfle that a Best Friends' supporter named Suze learned of the much-needed X-ray capability at Happy Landings, Cat World's medical building. Michelle explained how the machine could benefit the cats. So Suze, along with her eight cats nicknamed the "Meowzers," responded to that need as a way of thanking those who care for the feline residents at Best Friends.

However, space in Happy Landings was extremely limited. So the project grew. "One thing led to another, and we thought, well, if we can't fit it in the current building, let's expand," says Michelle. 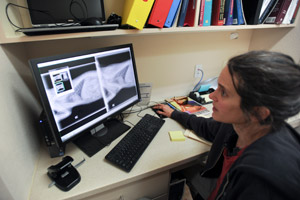 Expand they did. After eight months of work, the remodel increased the building from 1,428 to 2,587 square feet. There are now separate rooms for exams and dentals, an area for lab work and cleaning instruments, as well as a room devoted to the Community Cat program, so that the free-roaming cats who come to Best Friends for the spay/neuter portion of trap/neuter/return (TNR) have the space to recover properly before being released.

Michelle notes, "It's dramatically improved our workflow in the building."

And with all that extra room, also came new equipment. In addition to the state-of-the-art X-ray machine, the building now has a new microscope, refrigerators, dental table, computers, washer, dryer, double-decker metal enclosures, and cameras for vet techs to monitor cats recovering from surgery via their computers.

And Suze and the Meowzers supplied it all.

Cats with medical issues hold a special place in Suze's heart. An illness forced her to put an end to nearly two decades of traveling throughout Europe on business. Forced to lower her energy level, it was then that she developed an affinity for cats.

So financing the remodel gave her the opportunity to give back to the cats she loves so much. And the renaming of Happy Landings to Hope House required no thought. Suze said the universe spoke to her.

"It gives hope to those (cats) who come," says Suze. "And it's the techs, the vets, and also the caregivers … it's the people and their abilities and their love that puts the hope in Hope House." 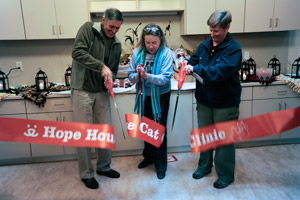 Inclement weather didn't stop Cat World staff and many of Best Friends' cofounders from attending the grand opening. Though the poor conditions prohibited a catnip blessing of the building, it turned out to be a blessing in disguise for the cats.

The caregivers took the catnip back to their buildings so everyone could participate in the celebration. And if their introduction to the new Hope House is any indication, all the cats give it four paws up!

Travel around the Sanctuary virtually from the comfort of your computer.