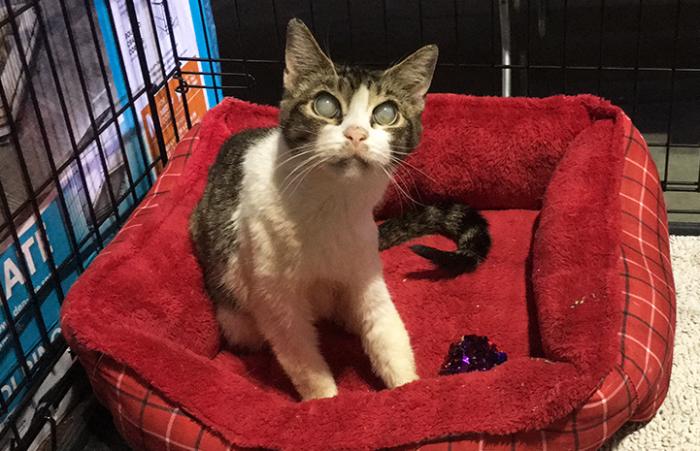 Saving Them All after Hurricane Harvey

Judi is one tough cat. Her coat is scruffy, she can’t hear or see, and she has a touch of cerebellar hypoplasia, a neurological condition that causes her to be a bit wobbly. But her toughness is what’s extra special about Judi. “She’s probably at least 13 years old. This cat is so tough. I love her so much,” says Heather Henley, Best Friends cat caregiver. And even though Dame Judi Dench (the full name her caregivers gave her) lost her home due to Hurricane Harvey, she’ll soon be living the good life in a new home.

What it means to Save Them All

She’s one of hundreds of dogs and cats (and one rabbit) to find safety at the Pet Reunion Pavilion at NRG Arena in Houston. The operation is a joint effort between Best Friends, Harris County Public Health, Austin Pets Alive, Houston Pets Alive and Houston Pet Set.

While most animals at the Pet Reunion Pavilion are there to give their families a chance to find them, pets already in shelters or whose families could no longer care for them after Hurricane Harvey are being placed with rescue groups and shelters. That includes pets like Judi, who need extra care.

“This is what it means to Save Them All,” says Holly Sizemore, who is directing Best Friends’ efforts on the ground after Hurricane Harvey. “We’re committed to making sure these dogs and cats aren’t killed in shelters, because there are safe places for them to go. We and our partners are willing and able to find them great new homes.”

Walking time can get pretty busy at the Pet Reunion Pavilion. Dogs of all shapes, sizes, ages and breeds eagerly await their turn to stretch their legs, get some attention and take a potty break.

A dog with silvery, silky hair watches it all with interest, but he’s not bounding around in his kennel or barking for attention. That’s puppy stuff.

“He’s an old guy,” says Marla Browne of Best Friends. “We have to make sure he has comfortable bedding in his kennel to make it easier for him to get up, but once he’s up, he loves to trot along at his own pace.”

It’s anyone’s guess how old he is, but he’s in the super senior category. However, age is only a state of mind. And soon, the chaos Hurricane Harvey caused across Texas will be a distant memory for him, because he’s already on his way to Denver with an organization called Life is Better Rescue, a Best Friends Network partner. They’re calling him Harold. 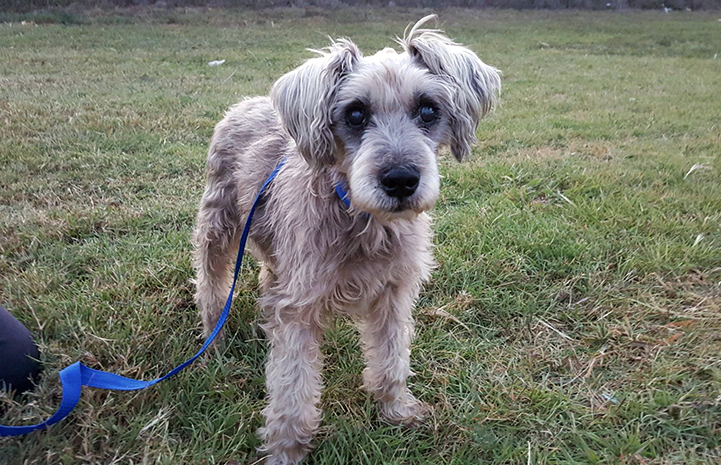 Judi also has a place to go, and it’s safe to say she will take the transition in stride, just like she’s taken all that life’s thrown at her so far. MaxFund Animal Adoption Center, also of Denver, was happy to take in Judi, as well as several other cats who were homeless before Hurricane Harvey.

Judi has a long list of health challenges, but they haven’t stopped her yet. While she waits a few days for her ride to Denver, she’s content to curl up in her special bed, be adored by everyone who meets her, and roll around in her kennel on a catnip-sprinkled carpet square.

“These animals are so resilient,” says Holly. “They’ve been through so much, and it’s an honor to help them on their way to the love and comfort that awaits them in new homes.”

Every one of them is worth saving — even those who at first glance might look a bit rough on the outside, but are absolutely perfect on the inside. 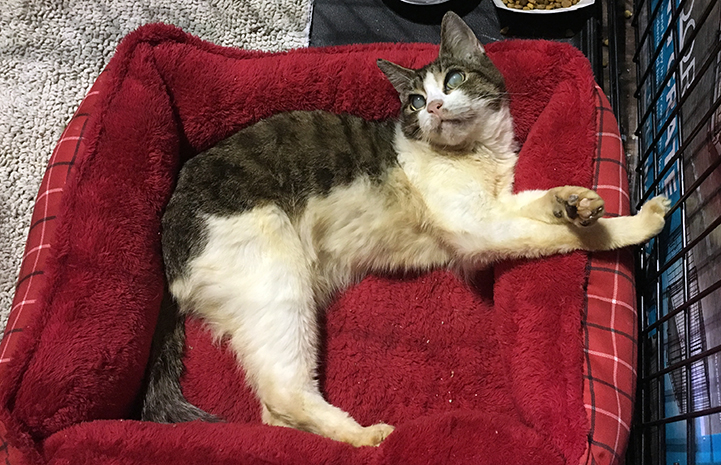 Photos by Kelli Harmon and courtesy of Life Is Better