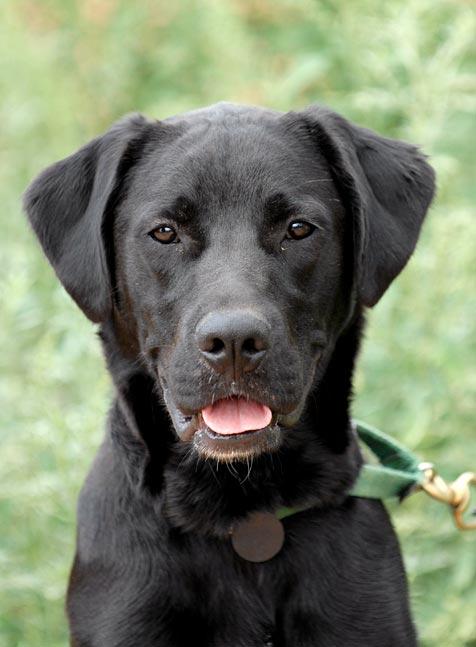 Best Friends has been a fantastic training ground for the dogs in the Search and Service program ever since the program began. There are lots of wilderness areas in which to practice rescue runs, all sorts of smells to sift through while finding target people, and on and on. Given all these benefits, though, there is one aspect about the Sanctuary as a training ground that can be challenging.

Bollinger training to be a service dog

On occasion, the dogs’ training routine requires them to practice being invisible in a crowd. Well folks, there has never been a group of people on Sanctuary soil — staff or otherwise — who could possibly ignore a dog so charming as Bollinger! The people who come to the Sanctuary have a tendency to be a bit "Over-the-top smushy with the animals," jokes Best Friends animal behavior consultant Sherry Woodard. (Not that that’s a bad thing!) It’s funny to watch in action. Even when Bollinger wears a vest that says "Please don’t pet me," he is still mobbed with kisses wherever he strolls. Ah, yes. The burden of being irresistibly cute. No worries, though, he is equal to the task.

Bollinger is training to be a service dog. The work of a service dog is almost a polar opposite from that of a search and rescue dog. For one thing, the temperament required for the two jobs is as different as oil and water. Search and rescue dogs need to be extremely high energy and so obsessed with play time they can’t hardly sleep at night for anticipation of the next day. Service dogs, on the other hand, should be calm and collected. They need to be gentle, patient, and willing to stand still and watch the world drift by as long as necessary.

Dog with a calm, relaxed temperament

For Bollinger, playing fetch about four or five times is all he cares to do. His life moves at a slower pace. Though he’s barely a year old and fit as a fiddle, you’d probably suspect him to be much older based on his laid-back nature.

Bollinger likes to reason things out, not merely act on first instincts. In short, he’s the perfect dog for service work. "He loves everybody," says Sherry. And yes, Bollinger is capable of ignoring a crowd when called for. This is so important because service dogs can’t be allowed to rush over and greet strangers at every turn. Bollinger gets the concept and has been sailing through his training in all other areas as well, such as mobility-assisting exercises and retrieves.

In fact, he has already been lined up with a family. A woman from Las Vegas, Nevada who suffers from back and leg problems, along with a heart condition, contacted Best Friends looking for a service dog. Bollinger was the perfect combination: tall, strong, loving, and gentle, among other things. He’s another shining example of how ideal dogs for search and rescue work, or service work, can be found in shelters and rescues everywhere. (PS: Updates to follow when he heads to his new home!)

Until Bollinger can join his new family, he has plenty of training to do. The thing about working dogs is that they always need to keep up on their skills. Whether that means finding people in the wilderness on a regular basis or, in Bollinger’s case, working on ignoring the universe when his harness is in place, they need to keep those skills sharp. So, if you happen to be visiting the Sanctuary and try giving a big smooch to the handsome dog in the harness, don’t feel snubbed if he doesn’t pay you any attention. He’s just practicing being brilliant.