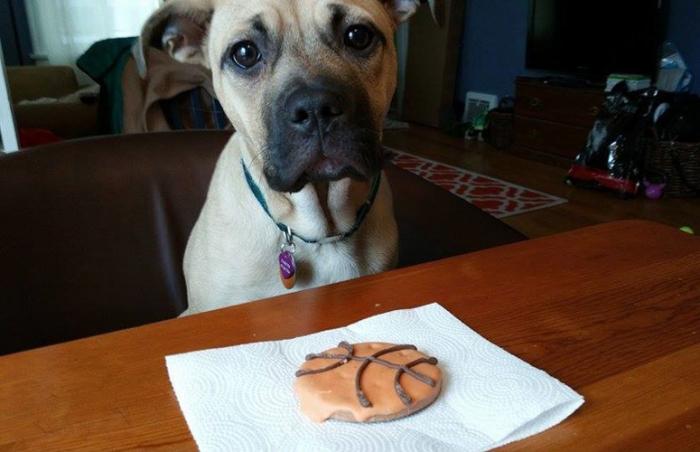 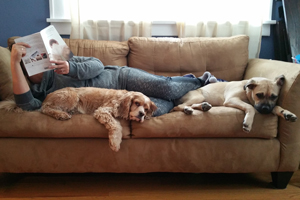 Imagine being born in a place where you could be deemed dangerous based solely on your looks. Now imagine that because you were considered dangerous, it meant automatic death. A year ago, in South Bend, Indiana, that was the reality facing dogs who happened to look like pit bull terriers. Matt Harmon, director of the City of South Bend Animal Care & Control, says, “Our euthanasia rates for pit-bull-type dogs were at nearly 100 percent because the belief was that we could not legally adopt out a pit bull terrier.” But last summer, Best Friends and other animal advocates worked to change that. Now, it’s a whole new world for South Bend dogs.

The poster dog for South Bend today may be Harper, a beautiful pit bull terrier mix with a camel-colored coat and big brown eyes. Instead of being killed in the shelter system, she was given the best care until the right loving home came along. Her story is exactly what animal advocates had hoped for.

Doing away with dog breed discrimination in Indiana city

Last year, third district council member Valerie Schey and others were working hard to change the laws so that pit-bull-terrier-like dogs would get a chance to find responsible homes. As Valerie looked at revamping the old laws, she turned to Best Friends for guidance and support.

She began working with Ledy VanKavage, the Best Friends senior legislative attorney who helps communities around the country draft breed-neutral public safety legislation. Knowing that emphasis on community safety resonates loudly with both elected officials and the public, Valerie and Ledy formed a team to draft new legislation to make dog owners more accountable (regardless of the type of dog they have). The proposal went even further by also calling for the elimination of a pet limit law and including supportive language about trap/neuter/return (TNR) for community cats.

The resulting final legislation, which revoked breed-discriminatory legislation (BDL), passed unanimously, and the community has since embraced the changes. 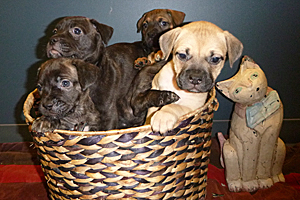 As soon as the changes went into effect, the city’s municipal shelter — for the first time in a long time — was free to find homes for pit bull terriers or transfer them to rescue groups. That’s when Harper, who wasn’t even born yet, had her first stroke of luck. Her mom, a pit bull terrier mix, was picked up by animal control, and instead of killing the pregnant dog, shelter staff transferred her to a local rescue group, Pet Refuge.

Two weeks after her mom went to Pet Refuge, Harper was born into a community that no longer designated her as dangerous. She began life in a loving environment, with people ready to help find wonderful homes for her and her litter mates. Today, Harper has a human family — adopters Arielle Schmitt and Jennifer Weber.

The high-energy pup now spends her days playing with her canine sister and dashing furiously around the dog park, while her evenings are spent cuddled up on Arielle’s or Jennifer’s lap. Arielle says, “Harper has completed our family.”

Thanks to Pet Refuge, Harper’s mom and all her litter mates found great homes. Pam Comer, president of Pet Refuge, echoes the sentiments of rescue groups in the area, all of which are thrilled to finally be able to help pit bull terriers. “The work of Best Friends and the success of this legislation reinforces what many of us in animal welfare already know,” she says. “Pit bull terriers are dogs just like collies or pugs, and now we can rescue any kind of dog and find them great families.”