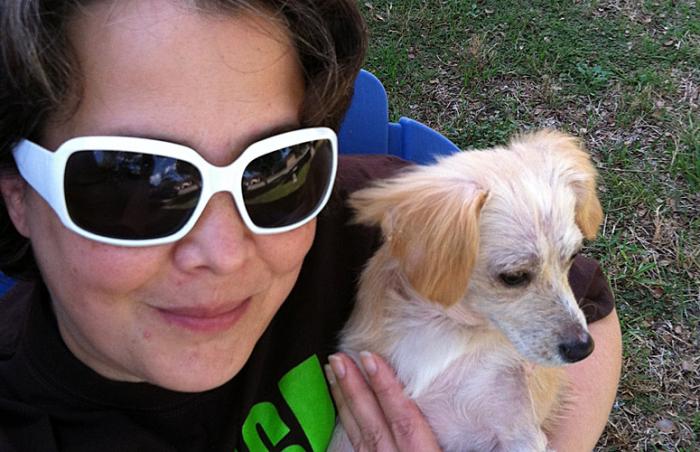 Poor PJ. At only two months old, the puppy already had three strikes against him: mange, ringworm and distemper. Any one of these diseases would be a death sentence at some shelters. Lucky for him, he happened to live in San Antonio.

Less than 10 years ago, Animal Care Services (ACS), San Antonio’s municipal shelter, was killing roughly 90 percent of the animals it took in. However, the public pressured the city to do better, and in 2011 a strategic plan was developed to increase their live release rate to 70 percent by 2015. One of the ways to achieve that goal was through partnerships with local animal rescue groups. San Antonio Pets Alive (SAPA) is one such group.

A public/private contract between the city and SAPA was signed early this year. Since SAPA is a spinoff of Austin Pets Alive (APA), a No More Homeless Pets Network partner, Best Friends has been on board since the beginning, offering both guidance and financial support.

“Since we’ve been there, the save rate has approximately doubled,” says Renee Nank, co-director of SAPA’s all-volunteer marketing team. “It’s an enormously successful partnership with a forward-thinking city.” In fact, for the first time in ACS’s 60-year history, the shelter’s overall live release rate for fiscal year 2012 was 62 percent, putting them well ahead of schedule in their lifesaving efforts.

That’s great news for not only PJ, but also the nearly 5,000 other animals SAPA has pulled from the shelter. Those are all lives saved because SAPA only takes animals who are scheduled to be killed. That includes a lot of puppies, and like PJ, roughly 40 percent of them have mange. 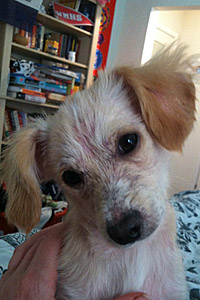 Mange typically only affects animals with weak immune systems, such as puppies, causing hair loss and scabby skin. Easily treated within six to eight weeks, mange in itself is not life threatening. However, mange can be deadly for animals entering an animal shelter.

“Virtually every city, every public shelter will kill the pets that come into their shelter with mange. They don’t even try to save them,” says Renee. “There’s no reason to kill a dog because it has mange.”

SAPA is one of the only San Antonio rescues that take in dogs with mange, but with limited space at their shelter facility, they rely almost entirely on foster homes.

“Both types of mange are very treatable,” says APA executive director Dr. Ellen Jefferson. “People want to adopt puppies. People want to help animals. By allowing people to help these dogs get over their illness, we are helping two ideals — one is to save pets and the other is to help people be empowered to save pets. By offering vet assistance with the treatment, we can often move these pets who were traditionally euthanized for their skin (problems) into loving homes either for a lifetime or for the short period it takes to (treat) the bad skin.”

After a couple months of receiving Renee’s love and care, PJ has beaten the odds. He survived.

Renee kept him separated from her own vaccinated dogs while he overcame his distemper respiratory symptoms and mange. Now he’s doubled his weight to a whopping eight pounds.

She knew he was feeling better when she found PJ on a blanket, surrounded by the shredded remains of a piece of paper. To most, this scene would generate dismay or even anger. Not so with Renee, who says, “I was absolutely thrilled because I realized that it was the first time I saw him really getting to be a puppy.”

Renee has loved watching PJ transform from a sickly little puppy into a dog. However, he is only alive now because he had a loving foster home. More foster homes are needed to save other puppies like PJ.

“It’s an enormously rewarding experience to see a dog that virtually had no chance, that was going to die, and you can save them,” says Renee. “You can watch them become a curious, playful, healthy animal, and then link them with a loving family. The family’s life is enriched, the dog’s life is enriched, and you’ve created something bigger than the sum of its parts.”

Learn more about San Antonio Pets Alive and how you can help at sanantoniopetsalive.org.