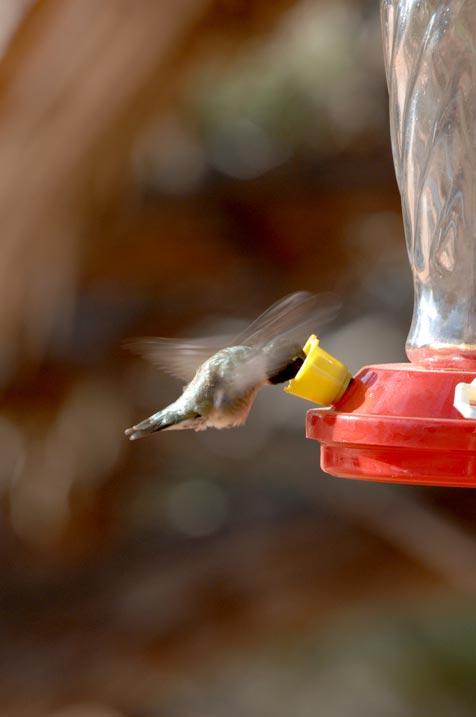 Best Friends is thick with hummingbirds. At any time of day, you can hear one whirring past. So it’s no surprise that every now and again, a hummer happens to fly into one of the buildings.

Sometimes, they even fly into one of the octagons at Dogtown Heights, where the dogs live. And when that happens, either licensed wildlife rehabilitator Carmen Smith or sub-permittee Barbara Weider is on the scene to trap the bird.

Challenge of catching a hummingbird

As you can imagine, catching a hummingbird is nigh impossible, at least until the bird stops flying, which she will do only when she’s exhausted. At that point, however, you can’t simply release the hummer into the wild and expect her to survive, because she’ll be too depleted to get the nourishment she needs.

Carmen and Barbara have cared for numerous exhausted hummingbirds, and it generally requires hand-feeding them a special formula imported from Germany. This is no sugar water, however, but a special diet that replicates the nutrition a hummingbird would naturally get.

Once the hummers are re-energized, they’re released back into the skies to whir about once more.

Learn more about wildlife and the work of wildlife rehabilitators in our online resource library.