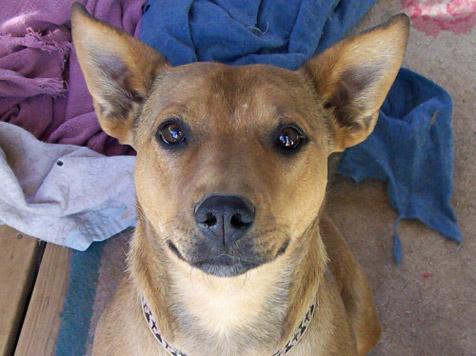 "The amount of unwanted pets is the number one challenge the area is facing," says Sylvia Moore, president of TCHS.

The work of TCHS can be summed up by the rescue of a Rottweiler mix and her pups. Volunteer Tom Bay found Lucy Lou and her nine puppies. Luckily, Tom was also one of TCHS’ trusted foster homes. The pups all stayed at Tom’s until they were weaned. 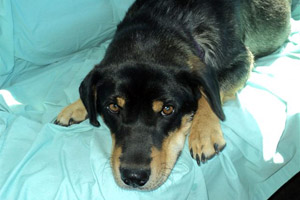 They then went to Noah’s Ark in Glendale, where they were all adopted right away. When Noah’s Ark had room, Lucy Lou transferred there as well. She was on their website and Petfinder for two months before the perfect adopter came along. A woman with a Rottweiler-cross named Lillie wanted another dog. She made the drive down from Idaho Falls, Idaho, with Lillie in tow. The two big Rotties used each other as pillows the whole way back.

Sylvia shares, "Here is a dog we were thinking would never find a home, and now she has a fabulous one. These are the stories that make our job worthwhile."

It’s these types of grassroots organizations that Best Friends loves to support – and is able to support through the No More Homeless Pets Network. Lezlie Sage and Kelly Koeller are two No More Homeless Pets Network specialists who work with TCHS to provide assistance. Through their work, they have supplied much-needed spay and neuter grants to tackle the pet population challenge.

"I feel that the low-cost spay and neuter clinics have helped cut down on the number of unwanted animals," says Sylvia. "People really do take advantage of the clinics. Having a full-time vet in Tuba City for the last five years has really made an impact on the town."

Tuba City Humane Society works with a local veterinarian, Dr. Carol Holgate, and her staff to fix as many animals as possible. In addition to spaying and neutering the animals that TCHS adopts out, Dr. Holgate runs a mobile clinic to go out into the communities that need her — Shiprock, Kayenta and beyond. The grants from the No More Homeless Pets Network partners this time around will be able to facilitate the spay and neuter of approximately 75 pets. Every bit helps, and as a Network partner, TCHS is able to get ongoing assistance through grants, networking opportunities, guidance and more. 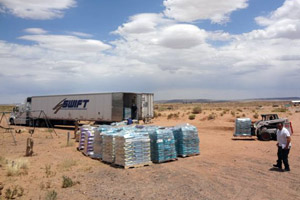 Best Friends receives pet food from the compassionate company Blue Buffalo. When there were 68,000 pounds of food available for delivery but no storage space left at the Sanctuary, rather than letting this windfall drop away, Lezlie acted fast. She called Sylvia immediately to see if she could help distribute the donation to the groups assisting the reservation.

"We had one day to pull this off and Sylvia was so amazing — she really made it happen," says Lezlie.

The semitruck arrived at Sylvia’s ranch and from there the food was given out to the local chapters and rescue groups. Animals in the cities of Tonalea, Kaibeto, Window Rock, Kayenta, and Yavapai in Arizona have benefited, along with animals in Monument Valley in Utah and Gallup, New Mexico.

"Because of this donation from Blue Buffalo, we have cat and dog food for all the older rescues," says Sylvia. "It was great to meet people from the other rescues in Northern Arizona and develop a network to help with our animals."

Support the work of the reservation by making a donation to Tuba City Humane Society.

Check out the upcoming events that benefit our No More Homeless Network partners around the country.