Chloe Cook took her first trip to Best Friends Animal Sanctuary in southern Utah this summer with her grandparents. From the moment she arrived, she wanted to experience everything the Sanctuary has to offer and do as much as possible to help homeless pets.

With that ambitious attitude, Chloe, who recently turned 13, demonstrated just how much of an impact kids can have at the Sanctuary and elsewhere. Besides volunteering with the animals and taking a few of them on sleepovers during her volunteer trip, she also became Best Friends’ first junior ambassador. 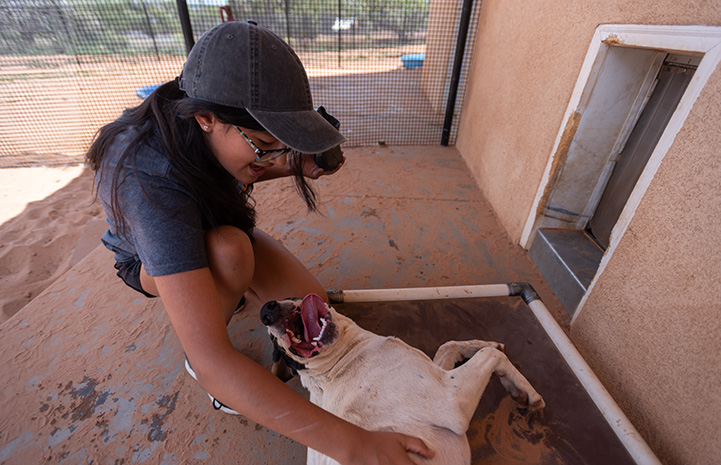 Best Friends recently launched the junior ambassador program for children eight to 13. Because it’s modeled after the National Park Service’s Junior Ranger programs (where kids complete activities, fill out an activity booklet and earn a certificate and patch), this type of fun program was familiar to Chloe.

Chloe has completed Junior Ranger programs all around the country, including some in the national parks in Utah near Kanab, home of the Sanctuary. And since this motivated preteen from Maryland had already earned more than 60 Junior Ranger patches, there was no question she’d participate after learning about the program at Best Friends. She signed up, picked up her activity booklet at the Best Friends Welcome Center and got to work. 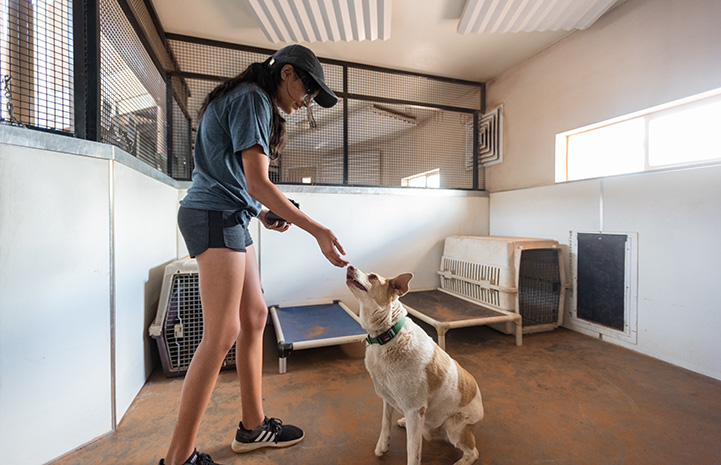 Kids don’t have to volunteer to become junior ambassadors. Instead, they can tour the Sanctuary or the Best Friends Visitor Center in downtown Kanab, which is great for families who can’t spend much time at the Sanctuary. But since Chloe and her grandparents were here for two weeks, she was able to work with the animals in all areas of the Sanctuary offering youth animal volunteer opportunities: Cat World, the Bunny House, Parrot Garden, Dogtown, Marshall’s Piggy Paradise and Horse Haven. 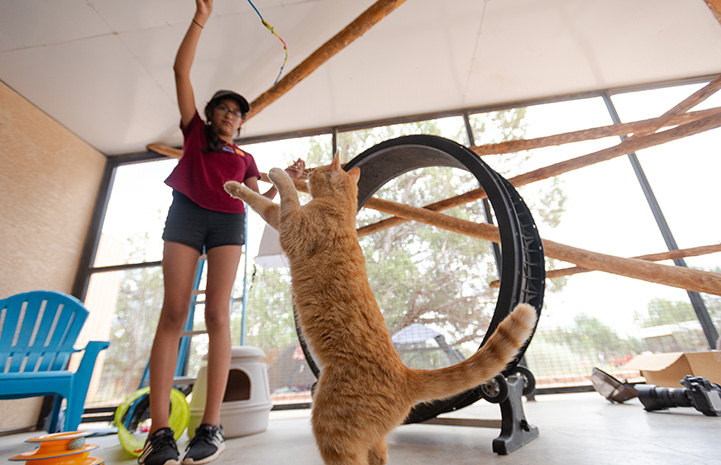 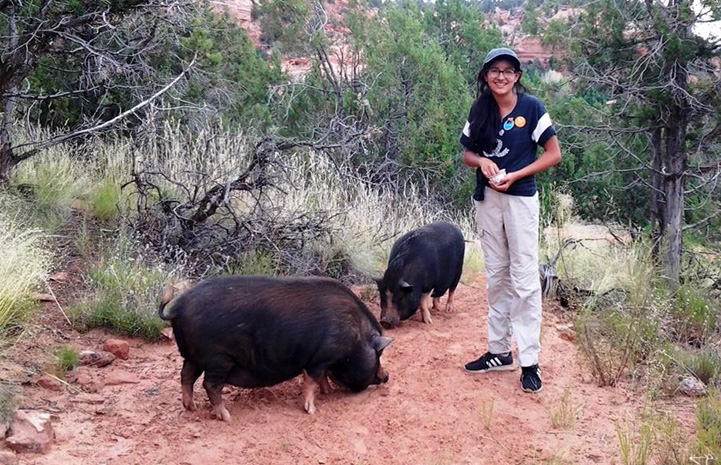 Kid volunteer opportunities with animals at the Sanctuary

Chloe wasn’t afraid to work hard or take on any volunteer task that any 12-year-old can do. At Horse Haven, she spent time getting to know the friendly goats and helping to tidy up their barn. She and her grandparents also mucked horse pastures and helped groom some horses.

Besides helping to socialize shy cats at Cat World, Chloe made sure a young feline named Kreamcicle got plenty of playtime and exercise with a string toy and a kitty treadmill. In Dogtown, she brushed, walked and played with dogs, and helped caregivers clean up dog rooms and yards. At Parrot Garden, she fed parrots, washed dishes, cleaned the cockatiel aviary and used a spray mister to give showers to some happy parrots. 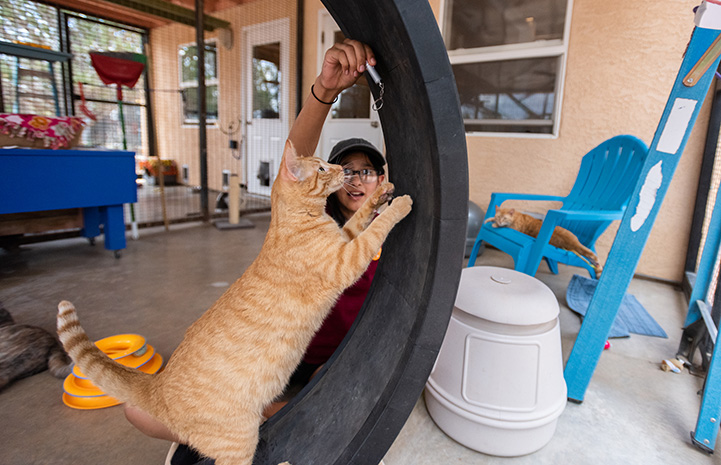 It was the Bunny House, however, that became Chloe’s favorite spot. She and her grandparents teamed up to clean bunny rooms and clicker-train a couple of sweet bunnies. “We practiced getting them to touch our hands and stand up their hind legs,” Chloe says.

A promise to help homeless pets

Chloe has since completed her activities and taken the Best Friends junior ambassador oath. She wore her new, bright orange badge during most of her volunteer shifts; however, she brought home much more than just a badge — fond memories of her volunteer experience and of making a promise to spread the word about homeless pets and helping her local community reach the goal to Save Them All by 2025. 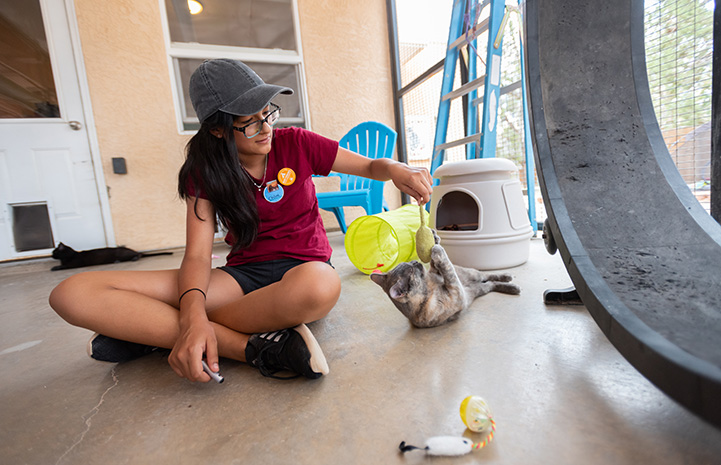 Photos by Kurt Budde and courtesy of John Halupka