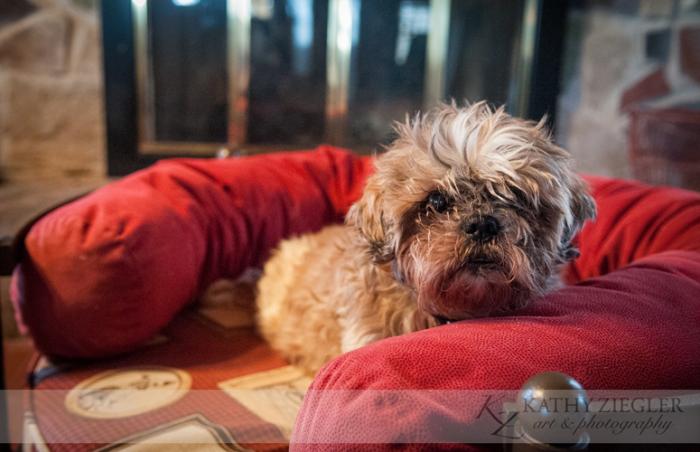 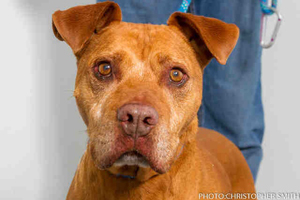 Howie, a 12-year-old shih tzu mix, and Flojo, a brown, eight-year-old pit bull terrier mix, found themselves more than a thousand miles from where they needed to be.

Unfortunately, Howie was a bit of a matted mess when his person surrendered him to the Albuquerque Animal Welfare Department (AAWD), and Flojo was picked up as a stray on the busy streets of the New Mexico city. After Howie’s medical issues were addressed, he waited and waited to be adopted. Flojo was also an adoption candidate, but the shelter was full of many other dogs who looked like him, but were younger. Things could have been bleak for both dogs, but their destiny changed when some caring folks lined up to help them to safety.

AAWD is a member of the Best Friends No More Homeless Pets Network, which brings together rescue organizations and municipal shelters across the country in an effort to end the killing of animals in our nation’s shelters. When Network specialist Dori Jeurink, who works often with the Albuquerque shelter, heard about Howie and Flojo, she contacted a sanctuary specializing in older pets to see if they had room for the sweet dogs. The sanctuary would welcome them with open arms, but there was one big problem. It was located 1,200 miles away in Tennessee. But Dori knew how to overcome that hurdle. “When organizations can’t transport the animals, we have an amazing volunteer who can help,” says Dori. She reached out to that volunteer, Joan Nickum.

For almost a decade, Joan has volunteered to help animals by driving them to shelters or rescue organizations where they can find homes. She fell into it quite accidentally, when staff at the shelter where she volunteered asked if she would drive a dog to St. Louis. After that she was bitten by the transport bug. Over the years, Joan has transported about 1,000 animals to their destinations, and she has helped approximately 1,000 other animals by acting as a coordinator for other volunteer drivers.

“Helping the animals is the very best thing about transporting, but meeting the awesome people who volunteer to drive is pretty great too,” says Joan. When she was asked to help Howie and Flojo, her answer was, “Yes, of course.”

Joan orchestrated Howie and Flojo’s journey from New Mexico to Tennessee. AAWD drove the dogs the first 200 miles and then volunteers took over. 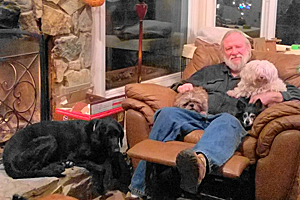 After a 15-leg transport, Howie and Flojo made it safely to their destination — Old Friends Senior Dog Sanctuary in Mt. Juliet, Tennessee. Joan was ecstatic that it all came together. It was important to her because she was able to help the shelter and the rescue group, as well as the dogs. She feels that the work of transport volunteers has a cascading effect. Getting the dogs to their destination doesn’t just save the dogs transported. It opens up space for the rescue organization to save more. Joan also appreciates the collaborative nature of transports. Although she has never met many of her volunteer driver colleagues, she trusts them implicitly to help get the job done.

“Transport truly is about teamwork,” says Joan. “I am so honored to be able to work with these amazing people who make transport possible by giving so generously of their time and resources week after week.”

But happiest of all are Howie and Flojo, who have settled into their new lives in Tennessee, all because of the dedicated people who helped them get there.

For more information on volunteering to drive animals, send an email to nmhpnetwork@bestfriends.org.