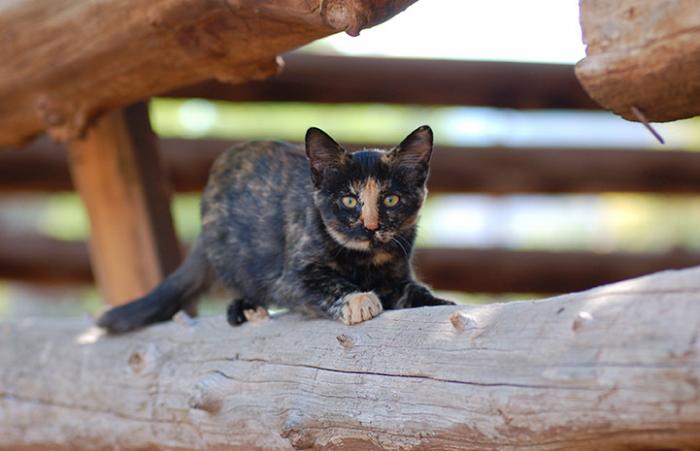 Critics didn't think it was possible. According to them, there is no way to control the pet overpopulation problem without euthanizing (killing) some healthy animals. To think otherwise is absurd.

With smiles of victory, the staff of No More Homeless Pets Utah proved them wrong.

During the months of January and February, West Valley City, the second largest city in Utah, was officially a No-Kill Community. And it won't stop there. With innovative programs that are proven successes, West Valley City plans to continue on the no-kill path.

In September 2002, NMHP Utah partnered up with West Valley Shelter. At the time, the shelters euthanasia rate was 63% of their intake, one of the highest in the state.

"We felt that if we could directly impact the shelter's euthanasia rate with good programs we would be able to influence other shelters as well," said Nikki Sharp, the adoption program coordinator of NMHP Utah.

One of the programs, dubbed Best Friends on Tour, dropped the shelters euthanasia rate by 40% in the first year. Two staff members of NMHP Utah are based out of the West Valley Shelter. They rescue an average of 10 to 12 animals a week. The pets chosen are the ones who have "run out of time" at the shelter. They are taken to small off-site adoption events in local malls. The NMHP employees also help by networking with other rescue groups to move even more at-risk animals from the shelter.

Despite the success of the adoption program, West Valley wasn't seeing a decrease in the shelter intake, and cat intake was completely unmanageable. So, Holly Sizemore, also of NMHP Utah, designed a pilot project to work with the West Valley shelter to do trap-neuter-return on the cats of West Valley City. In March of 2004, the WVC Feral Fix was born.

"With the help of the shelter staff, who direct feral cat calls/complaints to us, we fix as many cats in the community as possible," said Kate Schnepel, a NMHP Utah staffer. "We also work to placate neighbors who may view the cats negatively, and basically try to make everyone happy so that the fixed cats can live out their lives. Kittens who are able to be tamed are placed into homes."

NMHP Utah trained shelter employees on how TNR (trap-neuter-return) works and to promote the option to West Valley residents.

"We offered to do all the leg-work for anyone who was not able/willing to do it themselves, and we made it free for those who could not/would not pay the $10.00 co-pay," said Holly. "The incredible dedication of the part-time TNR coordinator, Jamie Annis, and her tireless work in the field also deserves much credit–not to mention her husband who volunteered a great deal of his time to assist his wife."

Feline Fix also had tremendous support from local veterinarians who were willing to spay or neuter as many cats as staff brought to them.

The program had the impact of reducing the shelter cat intake by almost 30% in one year, according to Holly. "Statewide, cat intake has gone down three percent, comparatively."

The result? With the combination of the Feline Fix TNR program, the shelter adoption program, vet and volunteer support, and the shelter and city's willingness to work to try new ideas along side No More Homeless Pets in Utah, there have been dramatic changes in the shelter's euthanasia rate in a relatively short time.

NMHP Utah will continue to reduce shelter intake by focusing even more energy on spay/neuter programs targeting low-income people who can't afford to have their pets fixed.

To expand the scope of the project, NMHP Utah began negotiations with a neighboring community to begin a similar program. They have also started a high-volume discount spay/neuter clinic at the Utah County Shelter.

With the wonderful work of Holly, Nikki, Kate, Jamie, all of the NMHP Utah staff, the West Valley shelter and city, veterinarians and countless volunteers, the Best Friends dream of a time of No More Homeless Pets is one step closer to reality.

Check out a continually updated map of no-kill cities and towns in the US.