Finding the perfect fit for a mostly blind, epileptic cat

​As Goldilocks discovered in the story of Goldilocks and the Three Bears, it can take a little trial and error to find what feels just right. Boris, a young orange tabby cat, recently had a similar experience.

Because Boris is a mostly blind, epileptic cat, his Best Friends caregivers wanted to make sure he would feel completely at home and safe at the Sanctuary. Finding the perfect fit for Boris took some effort, but the rewards were well worth it. 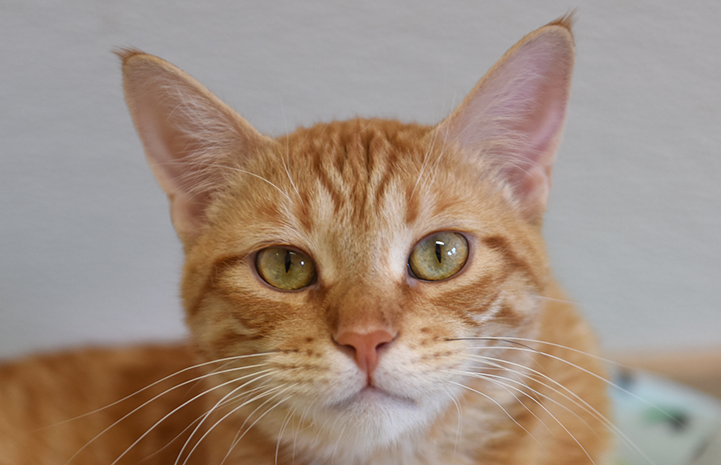 As soon as he landed in a spot that felt just right for him, Boris’ life got a whole lot better: He started having fewer seizures. Now, he’s happier and healthier than ever, and Cat World caregivers and Best Friends adoption specialists know exactly what kind of home he’ll thrive in someday.

Cat with epilepsy comes to Utah

Originally surrendered to a shelter in California, Boris was brought to Best Friends in Los Angeles, and then on to the Sanctuary in Utah. Other epileptic cats had done well in the lobby of one of the Sanctuary’s main buildings, where they enjoyed extra attention from volunteers and tourists. But what works for some cats doesn’t work for every cat. 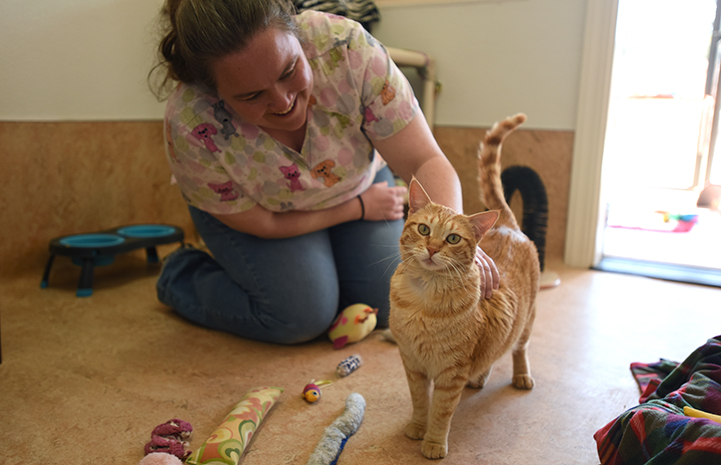 After his caregivers got him settled and began to keep an extra close eye on him, they learned that though the lobby seemed to be just the right fit for Boris, the foot traffic seemed to make him nervous. Perhaps it was because he can only see shadows and doesn’t always know where people and other cats are. And while he’s a peaceful guy who can get along with other felines, having five to 10 roommates (even in a large space) seemed to stress him out. Even worse: Though he was being carefully monitored by Best Friends vets and getting medicine twice a day, he continued to have seizures almost daily.

Boris’ caregivers got the message: Lobby life wasn’t for him, so he moved again — this time to his very own room in Cat World headquarters. There, away from foot traffic and other cats, Boris settled into the peace and quiet. Within a very short time, the calm environment worked wonders and he finally began to get some relief from his seizures. 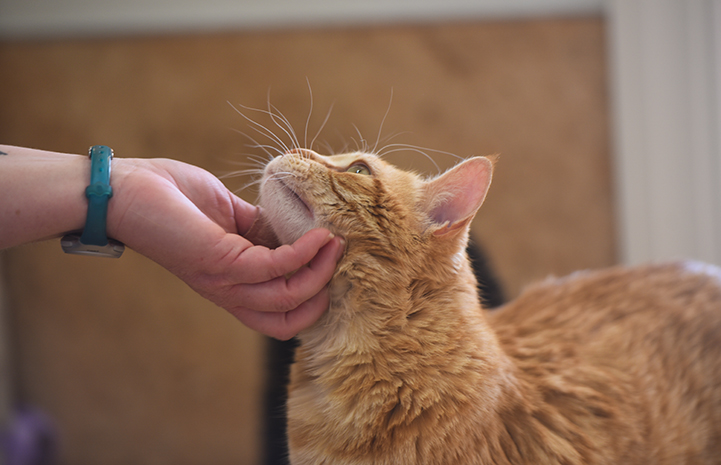 Boris might need a stable, quiet environment to feel his best, but that doesn’t mean he’s a dull guy. With fewer seizures, he’s far more active and playful than ever before.

Boris often makes people laugh because he loves to run around his room and make up his own games. And when the weather is nice, he enjoys lounging in his outdoor cattery and taking stroller rides with volunteers. He gets especially excited over toys that jingle or squeak and are easy for him to track around his room. He’ll toss a toy up in the air and bat it around. Sometimes he’ll swipe at shadows in the air long after the toy has hit the ground. His caregivers joke that he’s playing with fairies only he can see. 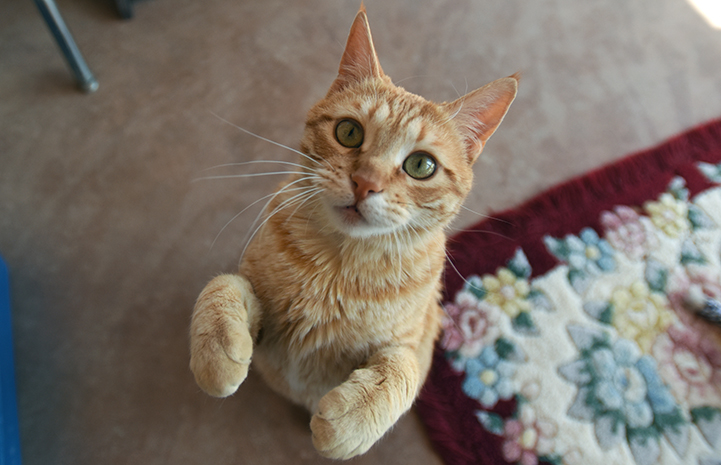 While Boris’ epilepsy will likely require treatment for the rest of his life, the condition no long rules his life. In the right environment and with the right care, Boris can live happily ever after.