Image
One adopted shelter dog named Charlie isn't just good with kids, he absolutely loves them. He is patient and respectful of them
By Nicole Hamilton 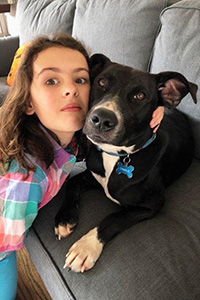 Charlie loves going everywhere with Eden and Duncan, his new family’s children, whether it’s to the park or just out to the backyard for a little fun closer to home. In fact, the kids are the two-year-old dog’s new best friends.

There’s no denying that Charlie is one happy pup, but there was a time when the young dog found happiness a little hard to come by. That was back when he landed at a big, crowded shelter before coming to the Best Friends Lifesaving Center in Atlanta, where he spent his first days feeling down. But then Charlie met a canine friend who helped him beat the blues, and a family who saw past his shyness and decided to give him a home.

Shy dog gets by with a little help from a friend

"Charlie initially came to us shy and scared,” says Nichole Dandrea, Best Friends public relations and social media & influencer relations specialist. Nichole spent a lot of time with Charlie and watched him transform from a frightened pup hiding in the back of his room to a playful, happy-go-lucky dog, who loved to throw his stuffed animal around as soon he met someone he could trust.

At Best Friends, Charlie had a roommate named Quora and the two became fast friends. As he learned from Quora’s example, Charlie began to thrive. Gone were the days when he was too scared to show his true, fun-loving personality to anyone, including potential adopters. Now, he greeted people with a tail-wag. And that’s what he did when he first saw the Setterlunds the day they came looking to adopt their first dog.

How to help timid pets 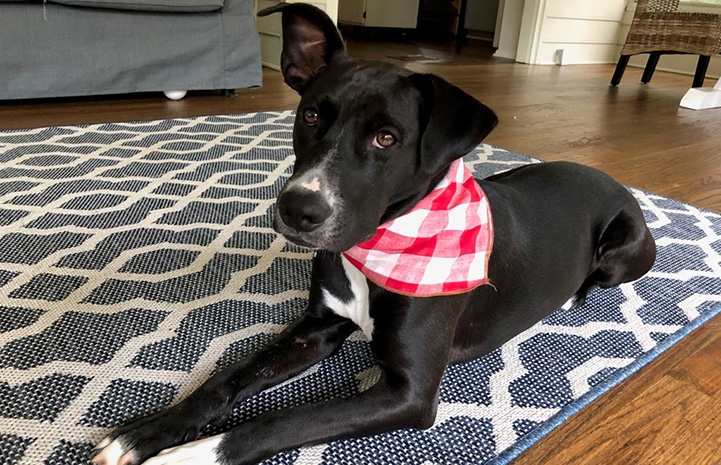 Kate Setterlund will never forget the first time she saw Charlie. “He was just sitting on his bed in his kennel looking mellow,” she says. Kate wasn’t sure at that point if Charlie was the best fit for the family, but that changed after she watched him in the play area with Eden and Duncan.

It was paramount that they adopt a dog who is good with children, and as she and her husband, Nels, watched how gentle he was with Duncan and Eden, they felt that Charlie was the one. They had never adopted a dog before and just hoped that he was the right fit for their family.

After a few days in his new home, the Setterlunds knew they had made the right decision. Charlie, it turns out, isn’t just good with their kids, but he absolutely loves them. “He’s like a little kid himself,” says Kate.

Dogs are the best teachers 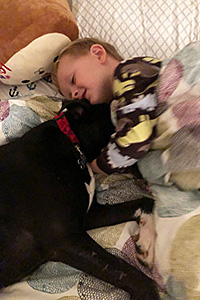 Charlie loves taking walks with his new family around the neighborhood where he’s made friends with all the neighbors. Charlie prefers the younger crowd and feels best when children are around — something Kate learned from observing his comfort level around guests. “If (an adult) comes over by themselves, Charlie is shy. But if they come in with a kid, he’s just fine,” she says.

He’s also extremely patient with Eden and Duncan, who at three years old are still learning about boundaries. Kate says Duncan tends to overdo it sometimes with Charlie, but Charlie takes it all in stride.

“Charlie is very respectful of the kids,” says Kate. “He doesn’t get overly frustrated and is very patient with them.” And in return, he’s become a very good teacher to Eden and Duncan, who are learning how to be respectful to pets.

Charlie has certainly come such a long way from his first days at Best Friends, when he was shy and nervous until he met his BFF, Quora, who helped him overcome his fears and is now happy in his own new home. Each day, Charlie is showered with attention by his new best friends, Eden and Duncan. “He’s a great dog,” says Kate. “And he turned out to be so perfect for our family.” 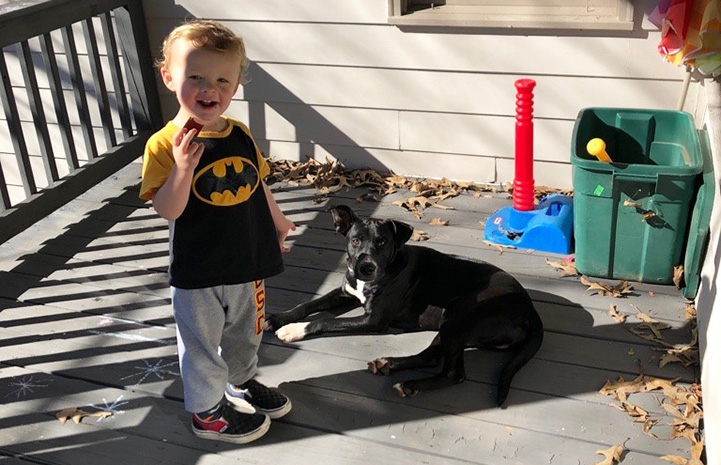