Image
Fix at Four campaign encourages spay or neuter for dogs and cats at four months old to prevent accidental litters and pets ending up in shelters.
By Denise LeBeau

Can the importance of early spay/neuter reach the masses in a fun way? After collaborating for over a year on the recently launched Fix at Four national campaign, Best Friends and TM Advertising of Dallas prove that it can.

Fix at Four targets people who are waiting to get their dogs and cats spayed or neutered. Many do not realize that this delay is part of the reason there are so many pets entering the shelter system. With the tagline "Prevent more — fix at month four," the message is easy to understand. The campaign features an interactive website, with public service announcements, online ads, animated logos, posters, screen savers and merchandise.

Over 40 staff from TM Advertising worked diligently with Best Friends on the campaign. This amounted to the equivalent of a contribution in the hundreds of thousands of dollars. 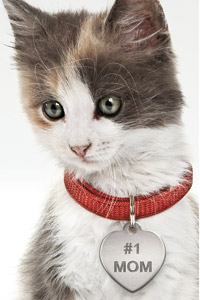 A kitten with a message

Susan Scull, senior vice president account director, shares why the project was important to her team: "Here at TM, animals and our love for every single animal’s welfare is a subject near and dear to our hearts. So when Best Friends Animal Society asked us to help them create a PSA campaign to promote spaying and neutering, we jumped in with both feet."

Susan continues, "When we discovered that even though over 80 percent of pet owners believe in spaying and neutering but over 50 percent of litters are still accidents, we knew we had to create a revolution to get people to think differently about the subject. And when we discovered a little unknown truth about the subject — how young a puppy or kitten can actually get pregnant — we knew we’d be able to put a message out there that would resonate and get action."

McCann Erickson of Salt Lake City, Utah, also contributed to make Fix at Four successful. They developed the multifaceted website that is the cornerstone of the campaign.

The Fix at Four public service announcements exemplify the creativity that went into the campaign. Using humor, each vignette highlights how easy it is for your seemingly juvenile pet to become pregnant. One PSA features Linda Hunt, who plays "Hetty" on "NCIS Los Angeles." 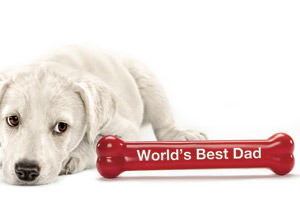 Another features Eric Stonestreet of "Modern Family" fame, who lends his voice-over talents.

Actor Meeghan Holaway plays the mom in the PSA "Afraid of That." The topic of the campaign is important to her, as is the work of Best Friends. "It's so important to promote early spay/neuter because every little pet is so precious," she says. "It breaks my heart to think that any of them come into the world and have to live without love and care, or without a home that is safe and theirs forever."

She continues, "I loved the experience of working on this campaign. Mostly because I believe so strongly in Best Friends and what they do, but also, because I got to hang out all day with the sweetest, most adorable co-stars ever. And yes, I'm talking about the kittens."

Linda’s furry co-stars are from Operation Kindness in North Texas.

Help support and spread the word about early spay/neuter. Check out the Fix at Four website for more information.