Tim Saylor is a common sight around Santa Barbara County in California. He cruises the streets with most of his worldly belongings piled in a wagon that he pulls behind his bike. His most precious possession of all? A fluffy white dog named Little Bit. Tim sees himself and his canine companion as endless travelers: just a man and his very best friend going everywhere together.

When it comes to caring for his all-important sidekick, however, he’s not alone. On occasion when the situation requires it, Tim seeks veterinary assistance from C.A.R.E.4Paws, a local organization. C.A.R.E.4Paws spayed Little Bit, removed a mammary gland tumor and performed much-needed dental work, all at the same time.

“We set them up in a hotel room so that Little Bit could rest and recover,” says Isabelle Gullo, executive director and co-founder of C.A.R.E.4Paws. “Since Tim had been a nervous wreck all day, he also needed a warm shower and a nice bed to sleep in.” As anyone who has ever loved a pet can attest, surgery can be emotionally tough to endure. Imagine, if you will, not having a home in which to relax and get centered on such a day.

Though some argue that people experiencing homelessness shouldn’t have pets, overall there’s a lack of understanding about what renders a person homeless to begin with. The National Alliance to End Homelessness notes that the main reason people have a period of homelessness is because they simply can’t find affordable housing. Chronic health conditions, domestic violence and systemic inequality also contribute to the problem.

Groups like C.A.R.E.4Paws exist specifically to help ensure that people like Tim get to keep their beloved family members despite their own personal hardships. The group helps such people with distribution of food and critical wellness care in a mobile veterinary clinic and assists domestic violence survivors by providing temporary refuge for their animals. “When a pet like Little Bit does not receive the care she needs due to an owner’s financial situation and/or lack of transportation, both the animal and the owner suffer,” Isabelle says.

Of course, there is no correlation between how much people love their pets and the amount of money they make or how nice their house is. To imply anything of the sort would be laughable. Further, a 2015 study in the Journal of Contemporary Ethnography found that “stories about animals, and the relationships that animate them, suggest that the skills involved in pet-keeping can translate into those required for getting off the street.”

And Tim isn’t asking for a handout, per se. His bike and wagon were a gift from C.A.R.E.4Paws’ board of directors to thank him for his volunteer service. “Tim has helped us at different events with setup and breakdown, and he spreads the word about our services to other pet owners in need,” Isabelle says. “He truly appreciates all the ways in which we have helped him over the years and always wants to give back.” When you factor in Tim’s commitment to assist those who are helping him and Little Bit, it’s a three-sided win-win-win scenario. 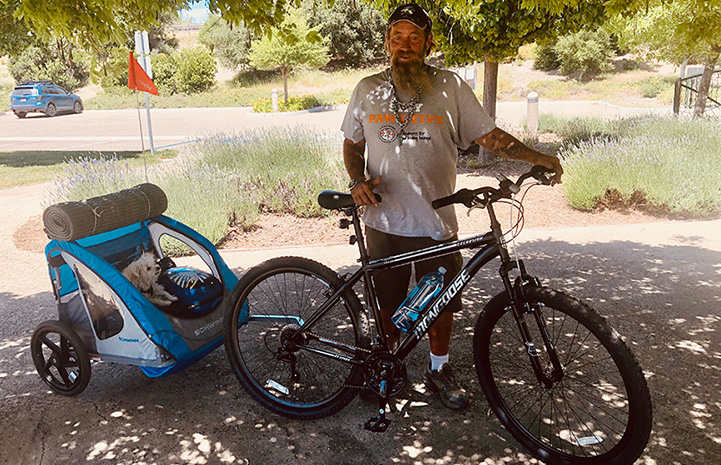 C.A.R.E.4Paws is hardly the only animal welfare agency adding social services to its resources. According to Kristen Hassen, director and co-founder of Human Animal Support Services (HASS), helping people – and their pets – is a natural progression of the work of animal sheltering. An initiative organized by American Pets Alive, HASS involves shelters and volunteers from around the country who are developing a new model for operating animal shelters in communities.

“We believe that pets should stay with their people whenever possible, and animal shelters play a critical role in making that happen,” Kristen says. “We know we can do better when it comes to getting pets home and keeping them with their families. Many want to, but just face barriers due to financial hardships, medical emergencies or housing challenges, which we can help them overcome.”

The latter is a particularly thorny problem in north Minneapolis, where many residents are one financial crisis away from homelessness. A 2016 study conducted by the Minneapolis Innovation Team found that approximately half of renter households in north Minneapolis had experienced an eviction filing in the previous three years. And, in light of the global pandemic and subsequent job losses and blow to the economy, that number has surely risen in 2020. Shannon Glenn, executive director of My Pit Bull is Family, says that those who face precarious financial situations “are in a constant state of crisis decision-making: Do I feed my kids or pay my rent? Our pet resource center makes food, cat litter, toys and other needed supplies for the family pet one less thing to worry about.”

Regarding the philosophy of My Pit Bull is Family, Shannon explains: “We believe that if you need assistance, you should get it. We do not turn folks away due to income requirements or whether their pets are spayed or neutered or up to date on vaccinations.”

Jessie Sullivan, director of adoptions and alternative services at the SICSA Pet Adoption Center in Ohio, says her organization wanted to provide services to people who clearly love their pets but need some temporary assistance to provide appropriate care. “We were seeing people who were heartbroken over surrendering their pets, but felt they had no other choice,” she says. “That included a victim of domestic violence who needed a safe place for Rusty and Rosie Posie, her two miniature pinschers. We took her dogs, and two other agencies are helping her with both a short-term, safe place to live and affordable long-term housing. By working together, we are optimistic that she will find pet-friendly housing and be reunited with her dogs soon.” 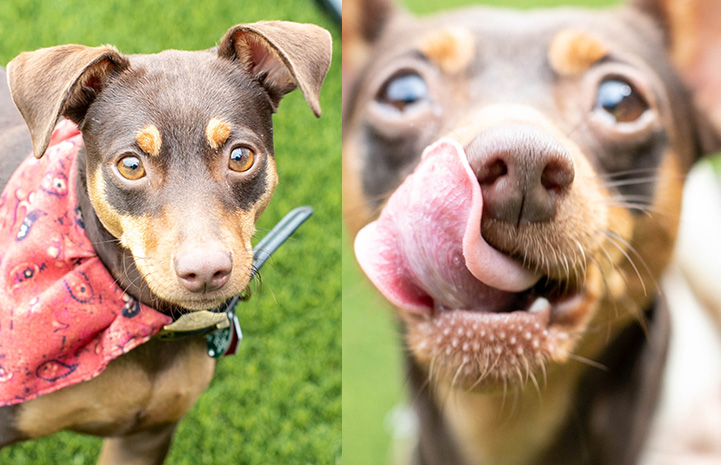 SICSA was also able to help Precious and Bella, two cats who have been in foster care for many months. “Their owner’s sister reached out to us for help because Precious and Bella’s dad was in the ICU and unable to communicate,” Jessie says. “She knew how much his pets meant to him and was hoping to find someone to care for them while he was in the hospital, (so he didn’t have to) surrender them for adoption. While his recovery has taken longer than expected, and complications due to COVID-19 extended the timeline, his sister provides frequent updates. She told us that the thought of being reunited with his pets is what keeps him going because they mean the world to him.” 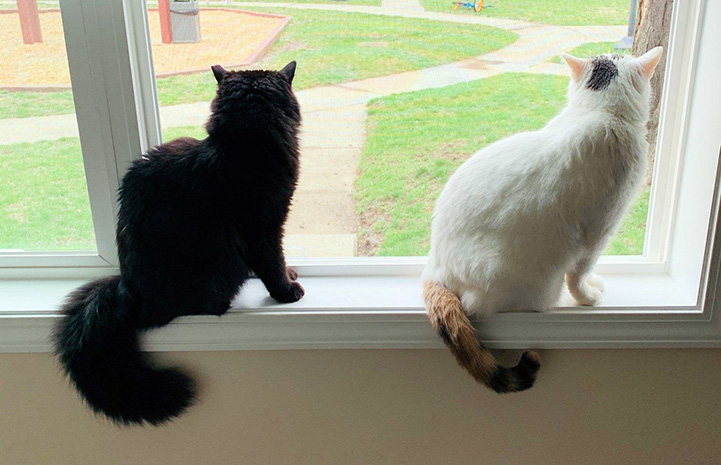 Even for families who aren’t facing homelessness, paying for medical care for a pet can feel out of reach. To help solve that problem, Greenville County Animal Care (GCAC) in South Carolina, one of 38 shelters participating in HASS, has operated a low-cost and no-cost wellness clinic for a decade. About four years ago, GCAC also began providing free spay/neuter surgeries to low-income people with pets, for all community cats and for all large-breed dogs.

“Access to basic medical care is a huge problem and until we solve that, we cannot adequately solve animal welfare issues,” says GCAC division manager Michelle Simmons. “We are always adjusting our programs to meet the needs of our community, and today, up to 95% of the 8,000 to 10,000 surgeries performed at our clinic are free.”

Dog Aide has been assisting people with pets in Detroit since 2011. “We targeted Detroit because we could see there was a great need,” says Jen Clarkson, executive director of Dog Aide. “The city is 143 square miles with 16 veterinary practices and no around-the-clock emergency veterinary options within the city limits. A third of the residents of Detroit do not own vehicles – and public transportation options are not as developed as in other cities due to our history of being the car capital of the country.”

Dog Aide has built relationships with many veterinary practices in the city, helps to cover costs for those services and has enlisted a robust group of volunteers to assist with transport. The group also provides resources like food and doghouses to assist people with meeting their pets’ needs. For example, Dog Aide helped a medium-size black-and-white dog named Georgie, who was kindly taken in by neighbors after her owner’s home was firebombed and he could no longer keep her.

“Georgie was living outside under a sheet of plywood, so we brought her a doghouse and talked to the family about bringing her inside at night,” Jen says. “In turn, Georgie’s new people got her annual vaccines on their own and had her tested for heartworms. She was positive, but the family was able to afford her treatment because we gave them dog food. Today, Georgie is fully integrated into her new household and only goes out to potty and play. 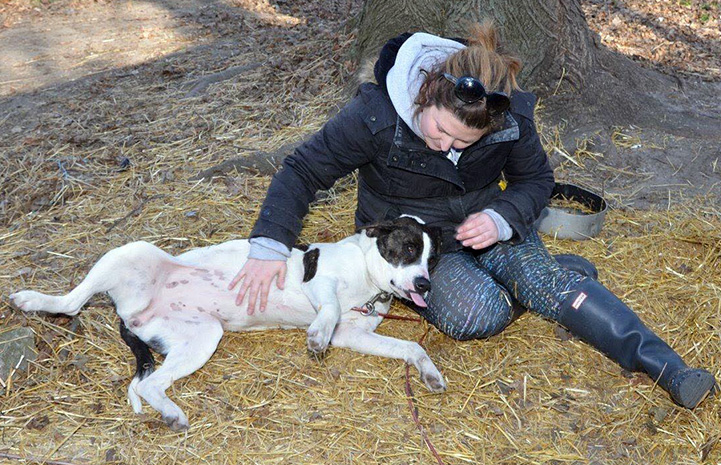 Even though more and more shelters are moving toward a community-based approach that incorporates social services functions into their work, the need is arguably greater than any one organization can accommodate. “Many of our requests are for situations involving homelessness and housing issues. Due to limited options for affordable housing in the area, these situations often take months to get resolved, if they get resolved at all,” Jessie says. “We’re discussing ways that we can recruit and retain longer-term foster volunteers so that we may be able to accommodate more of these types of situations in the future.”

It’s that kind of problem-solving and flexibility that groups like HASS hope to encourage. “In this time in our history, more Americans than ever are living in precarious situations,” Kristen says. “Job and housing losses are being faced by millions of Americans, and our role should be doing everything we can to support every person who is struggling to help maintain the bond between them and the animal that they love. Everyone deserves the love of an animal.”

And every pet deserves the love of a human. Need proof? Likely not. But if you do, you need look no further than Tim and his faithful pal, Little Bit.

More inspiring stories, at your doorstep