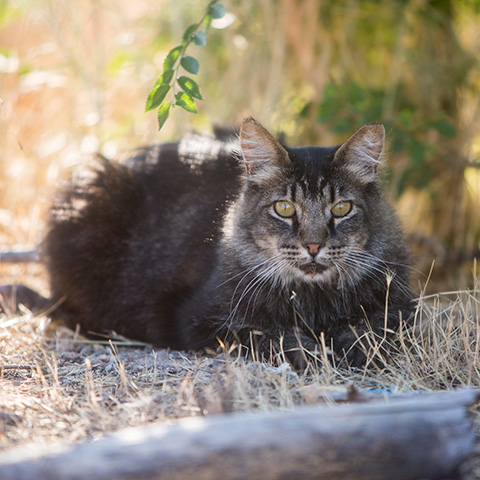 No More Homeless Pets in Utah: Origins of the no-kill model

As Best Friends' home state, Utah is in many ways the heart of our lifesaving efforts and has served as the proving ground for most of our no-kill initiatives and programs. Best Friends began outreach work in Salt Lake City in the early 1990s. In 1994, Best Friends organized the first Utah's Week for the Animals, a statewide promotion of pet adoption, spay/neuter and animal advocacy that grew to include the first Strut Your Mutt, which has since blossomed into a national grassroots fundraiser for animal rescue groups.

In 2000, Best Friends built on that foundation by launching No More Homeless Pets in Utah, a separate nonprofit sponsored by Maddie's Fund, designed to lead a coalition of shelters, rescue groups, businesses and government leaders. Their work cut shelter killing almost in half by pioneering the coalition model, which is based on the principle that coalition partners can accomplish more by working together than on their own.

Before No More Homeless Pets in Utah began, approximately 46,000 animals were being killed in Utah shelters every year. By 2014, that number had been reduced to approximately 8,000 per year.

In 2011, No More Homeless Pets in Utah was re-absorbed by Best Friends Animal Society and renamed Best Friends Animal Society in Utah, with a special focus on helping two of the largest municipal shelters in the state, Salt Lake County Animal Services and West Valley City Animal Services. Best Friends' collaboration with these two shelters led to the formation of the NKUT (No-Kill Utah) Coalition, a group of animal welfare organizations that are continuing the lifesaving programs created over the years. Today, Best Friends in Utah has a number of partnerships with shelters, providing them with the tools and resources they need to save lives, such as fundraising events, pet adoption promotions, stipends and more.