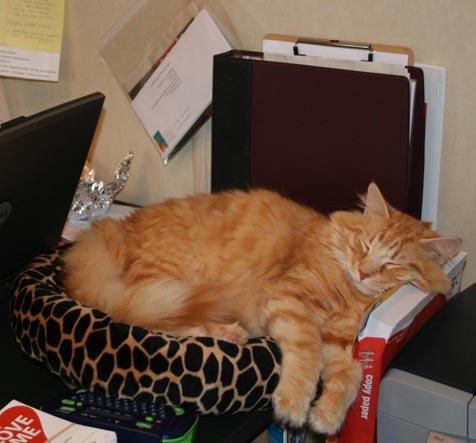 In early March of this year, Best Friends was called to the scene at Pets Alive, a sanctuary outside of New York City.

Pets Alive was founded by Sara Whalen more than 20 years ago. She was one of a kind: a one-woman band with a heart of gold, a will of iron, more than 500 homeless pets and other animals, a small local staff – and no succession plan! And now she was in the end stages of cancer, which she had been fighting for two years.

Abandoned animals of every species

Over the course of 20-plus years, Sara had taken in just about any animal abandoned, slated for death row at a shelter, or simply no longer wanted by their people. Dogs, cats, horses, pigs, chickens, geese, goats, exotic birds – they all found a haven at Pets Alive.

Or was it really a "haven"? As Whalen grew older and sicker, Pets Alive was no longer a sanctuary or shelter by any reasonable meaning of the word, but rather more and more a situation of institutionalized hoarding.

When Best Friends received a cry for help from the board of Pets Alive, the rapid response team was confronted by a situation of squalor and sickness. Operationally, the place was barely functioning. A skeleton staff could only just keep up with daily feeding.

Best Friends steps in to help

Here’s an overview of what has been accomplished, and what Best Friends is proposing for the future of Pets Alive.

First mission: Save the animals

The first question was simply: Where do we even begin?

The short-term Best Friends mission was to take emergency care of the animals, restore order to the facilities, create new homes for the many species, and start placing as many as possible in good homes. (Sara herself had always been suspicious of people who wanted to adopt the animals. She believed they wouldn’t get the kind of "care" that only she could give them.) And then the longer-term mission would be to come up with a plan for the future of Pets Alive, and present it to the board of the non-profit organization after three months.

The most immediate concern was for the safety and welfare of the animals. Severely underweight cats and dogs had been living in small cages inside a dark kennel in their own waste. Some dogs hadn’t seen the outdoors in years. Farm animals were severely undernourished, living outside in freezing conditions. (The condition of the animals and the facilities were deemed too sad and shocking to be presented on the Best Friends website in all their detail.)

"You could see the light coming back into their eyes," says Kerry Clair, who’s managing Best Friends’ work at Pets Alive.

Many people have been involved in caring for the animals, but special mention goes to Janet Pirog, Best Friends medical assistant. Janet has worked closely with local veterinarians, and has vaccinated, micro-chipped, bottle-fed, spoon-fed and cared for many of those residents since Best Friends first came on the scene. She’s watched so many of the animals respond to antibiotics, surgeries, salves and other medicinal remedies. She has also witnessed the simple healing power that comes with time, patience and love.

Getting Pets Alive up to code

As the chaos and medical emergencies began to settle, Best Friends and Pets Alive staff formed a working organization to tackle the business of getting the sanctuary up to code and keeping its residents healthy and socialized. Together, they identified and defined their responsibilities, covering everything from administrative, financial and construction operations to animal care, adoptions and volunteer efforts. Best Friends’ animal care director Patty Hegwood and Pam and Rich Crook, of the rapid response team, worked the rapid response angle; Karen Lieberman took a job working logistics. Tammy Heeber stepped up as volunteer coordinator; Patti Perfetti took on the role of adoptions coordinator. And Kerry Clair, who had tried to help Sara Whalen over the years, became sanctuary manager.

Kerry has played an ongoing role at Pets Alive, since its promising beginnings to its unfortunate demise. She befriended Sara, worked with her, fought with her, took care of her.

"I knew Sara for many years," says Kerry. "We were friends, and I had a deep respect for what she was trying to do with Pets Alive and for her knowledge and experience with medical issues, particularly with dogs. She knew the best vets in the area, the best feed, the best places to buy things ... and the best restaurants! She knew everyone. And since, frankly, she had little use for most people, if she recommended someone, you could definitely take that to the bank.

"She'd often call me to come over to help with emergencies. If staff didn't show up or if she had a horse down, or a dog who needed to be picked up and brought to her, I'd get a desperate phone call. I did the Pets Alive website and started the online sponsorship program. And I tried to help wherever I could.

"But," Kerry adds, "we also fought tooth-and-nail over some issues..." And these were the issues that led to the demise of the sanctuary: Sara’s need to micromanage everything, her distrust of people, her alienation of volunteers and people who offered to adopt the animals, and her eagerness to bring in far more animals than she could care for.

Over the years, Pets Alive lost its way as a sanctuary and became a situation of institutionalized hoarding.

"Thanks to Best Friends saving this place," Kerry says, "hundreds of once-desperate animals have a new chance at life and a better chance than ever of finding a loving family to share their lives with. And Pets Alive itself, like the animals it cared for, has been rescued and brought back from the brink – thanks to so many people who saw its value and wanted to give it a new lease on life."

Crucial help from volunteers and donors

Grassroots help: Those "so many people" have included the volunteers and donors who have made this whole rescue possible, the people who have been adopting and fostering the animals, members of the board of Pets Alive who have stepped forward and made a commitment to make things better for the animals, and members and donors to Pets Alive who had little idea of the real condition of the sanctuary. These included singer Rob Thomas and his wife, Marisol, who pledged to rally support for the continuing work.

The sanctuary itself needed urgent care, too: new dog enclosures, adoption rooms, a pond for the ducks and geese, and a walking trail through the woods that are part of the property – all undertaken by volunteers who have been flooding in to help.

Before Best Friends arrived, just four employees looked after the grounds and all 500 animals. But then, as word got out that Pets Alive needed volunteers, people from as far as 100 miles away came to help out. By the end of the first month, volunteer coordinator Tammy Heeber filled a rolodex with more than 100 names of people willing to spend their weekends and occasional Wednesdays volunteering at Pets Alive.

Here’s a small sampling of the volunteers’ efforts:

Created dog walking trail, planted gardens, built cubbies for cats, built and moved dog runs, installed shade cloths in the pig pastures and dog runs, cleaned buildings, cages and poop, put photos of adoptable animals up on adoption websites, created an Amazing Grace Cemetery in memory of the animals who did not make it through, and, most importantly, gave their time, patience and love to all the animals at Pets Alive.

Today, thanks to all these good people, the animals are doing really well, and, best of all, almost half of them have been placed in good new homes.

Adoptions: While going through, and trying to put some order into, the official papers of Pets Alive, we came across more than 300 unanswered adoption applications in an office drawer. Some of these were very old, but they were invaluable in starting to get the adoption process working.

"Lack of adoptions was always my big issue in trying to help Sara," noted Kerry. "She had trust issues. She felt most of the animals were ‘safer’ with her than in new homes. Plus, she had limited funds and limited time (she was involved completely in the animal care here) and the adoption process is a long and time-consuming one. You need to review all the applications that come in, eliminate the bad ones, and interview all the good applicants. Then you meet the people and have them meet the animal and then introduce their own pets to the animal. You have to check their homes and their vet references and their other references. Then you need to do follow-up checks. Today, at the new Pets Alive, we do them at three days, three weeks and then three months to make sure everything is going well."

The first adoption after Sara’s passing took place April 3rd; one week after Best Friends arrived. Charlie the Chow went home with Barbara and Corry Van Hoogt. After that, dogs and cats started flying into new homes. Over the past three months, we have placed more than half the animals who were here when Best Friends arrived.

Adoptions continue to rank as a top priority. To that end, Pets Alive entered a partnership with the local PetSmart to hold adoption events on a monthly basis.

With the animals in good health and good spirits, and more of them being adopted, Best Friends is preparing to propose a bold new plan to the board of Pets Alive.

"We’ve talked to humane groups all across the Tri-State region – New York, New Jersey and Connecticut," said Best Friends executive director Paul Berry. "We wanted to get a handle on what the real needs are: Long term sanctuary? Special care? Low-cost spay/neuter? And the answers we got pointed in a clear direction: low-cost spay/neuter and affordable basic medical care."

It’s not completed yet, but the plan we’ll present will include the following:

* Continue to place the existing animals in good homes, and take the remaining ones into long-term special care.

"Based on discussions with other humane groups in the region, a high-volume resource of this kind will serve the strategic needs of the groups, as well as low-income families who typically have little or no access to even basic care for their pets," said Paul Berry. "It’s a critically important element in our work to bring about a time when there are no more homeless pets. We’re excited about it, and so are the people we’ve talked with at humane organizations around the region, including New York City."

Meanwhile, as discussions continue with the board of Pets Alive, Best Friends has agreed to continue our current arrangement, by which Best Friends manages the sanctuary there, through at least the end of this year.

Find out about Best Friends Animal Society's work in regions across the United States.