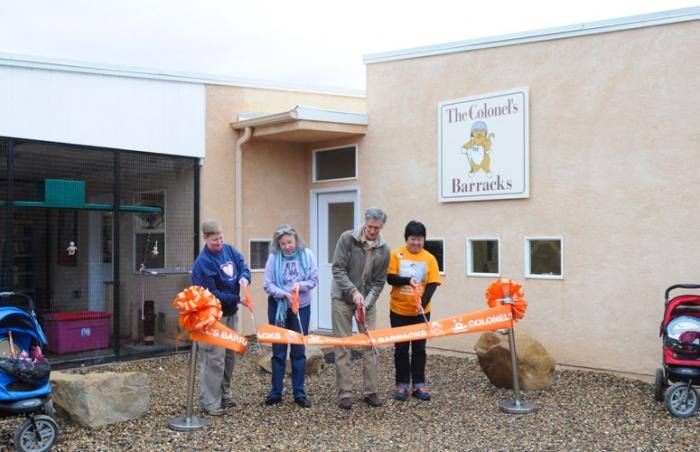 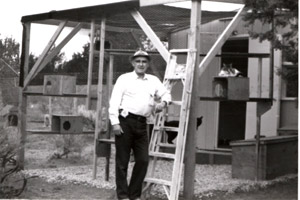 The Sanctuary is made up of many buildings — old and new. Some of the most “vintage” structures on the property have recently been getting a little restorative love, as they’ve aged over the years. The Colonel’s Barracks, a well-known building in Cat World, was built with the rest of Wild Cat Village (the old name for Cat World) back in 1997. To keep up with the needs of the cats and people there each day, the building recently underwent a significant renovation. The improvements, made possible by Best Friends members Suze and the Meowzers (the Meowzers are Suze’s cats) and Roberta Fong, mean more light, heat and recreation space for the cats. The renovation also allows Colonel’s Barracks caregivers to provide even better care for the cats who call it home until they’re adopted. 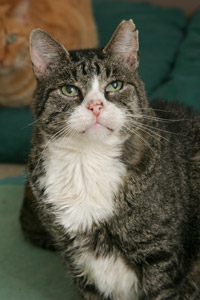 The Colonel was a character of a cat. He came to Best Friends from nearby Orderville, Utah, where he was in terrible trouble for attacking his family’s chickens. So he went on the lam here at Best Friends, and became so beloved for his strong personality that he had a building named after him. Hence, the Colonel’s Barracks, which would forever provide long-term care for cats who were — let’s just say — more challenging to find homes for.

The Colonel has long since crossed the Rainbow Bridge, but the Colonel’s Barracks still houses and rehabilitates some real characters. One of them is Spike, who arrived in December of 2011 as a fearful, untrusting “rafter” cat. Afraid of humans, he would only come down from the rafters to eat or look after his best friend, Murphy, when no one was in the room. But with much love and patience, Spike has gotten used to people and has decided that he likes them; in fact, he’s turned into a big love bug and will even ask for affection. The Colonel’s has also welcomed cats like Cole, who was found as a scrappy stray but who knows his way around people and likes to be the center of attention.

Designed with the cats in mind

Speaking of the center of attention, all the renovations revolve around the cats, with many of them directly improving their living areas. There are now more windows and skylights throughout the building, and an improved heating system to keep the cats toasty on cold winter days. The lobby cats – Wrinkles, Vivian and MacStar – have a brand-new outdoor cattery in addition to their indoor lobby space, so they can safely enjoy the outdoors whenever they want. 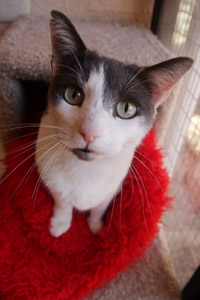 Even the additions and improvements that help the caregivers do their jobs better were designed with the cats in mind. Caregiver Mike Bzdewka says that the building is now even more user-friendly, and that the happier work environment really does rub off on the cats, who can surely feel the positive energy.

When caregiver Karen Caldwell started working in the Colonel’s, there was some counter space in the small kitchen, but none at all in the lobby area. Now, there is ample counter space for feeding and medication preparation there, too, which facilitates better efficiency and directly translates into better care for the cats. Taken together, all of the upgrades and improvements make the Colonel’s Barracks, and Cat World in general, an even better place for cats (and for the people who love them) to be.

Learn more about adoptable cats in the Colonel’s Barracks (and other buildings in Cat World).