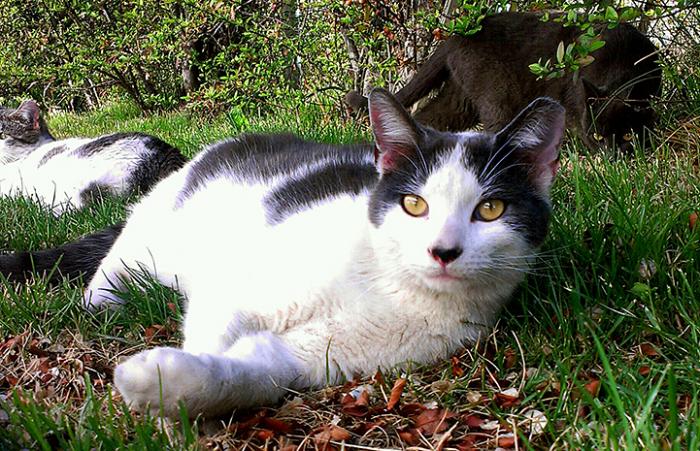 Three years ago when project manager Mark Crnich paid a visit to his company’s remodeling site, it was supposed to be business as usual. But then, while checking on the property’s retention pond in a marshy area behind the building, he saw a cat — then another cat, and then another. Thirty cats later, he could finally stop counting.

Turns out, Mark had stumbled on a colony of community cats of various ages and sizes that called this remote rainwater pond area their home.

Mark knew he needed to talk to his supervisor about the cats in case they were causing a nuisance for the building’s employees. An advocate for homeless pets, Mark was worried that if he alerted anyone to the cats’ presence, they could end up victims of the exterminator, or they could be taken to the shelter and killed. So before he approached his boss, Mark decided to get a game plan in place.

TNR will help us Save Them All. Find out how. 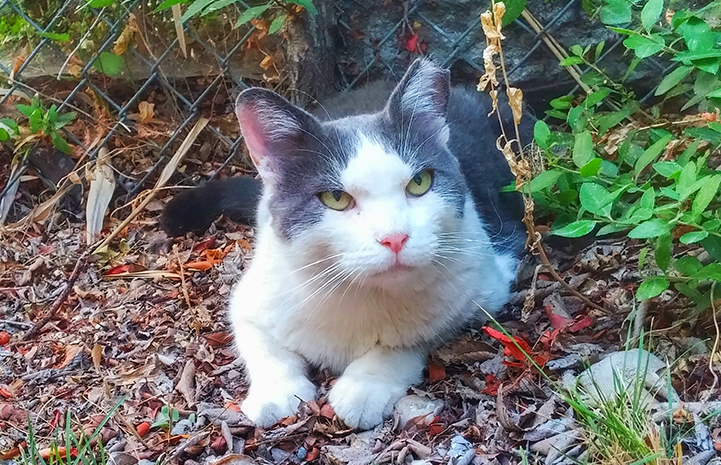 Mark contacted Salt Lake County Animal Services (SLCoAS) and learned about the shelter’s trap-neuter-return (TNR) program, which is a partnership with Best Friends. With the help of SLCoAS and Best Friends, he would be able to trap the cats, have them spayed or neutered, and then released back into their environment.

Mark enlisted the help of his wife Lynda, and then he approached his supervisor, who gave him the green light.

The project officially started over Labor Day weekend three years ago, when Mark, Lynda and a group from SLCoAS trapped 19 cats at the site. Best Friends supplied vouchers to have them vaccinated for rabies and spayed or neutered. After their surgeries, the cats’ ears were tipped to indicate their fixed-community-cat status, and then they were returned to their outdoor home.

Over the course of the next couple of weeks, Mark and Lynda continued their TNR efforts with the remaining community cats until they were all fixed and vaccinated.

Once that was done, the couple committed to caring for the cats indefinitely by feeding them and keeping an eye on them. 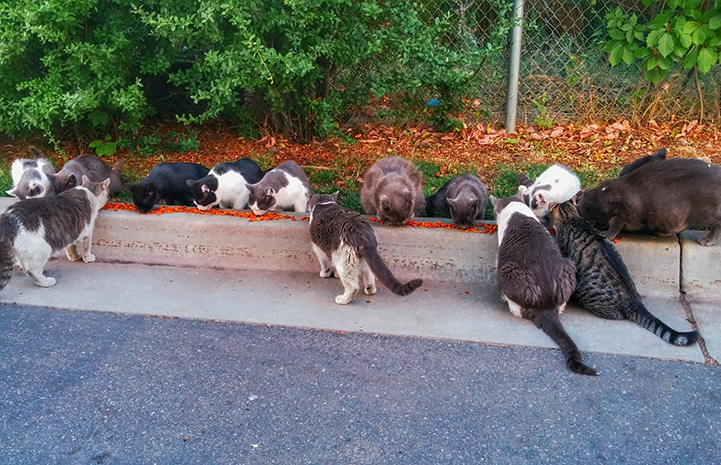 The community cat team at Best Friends–Utah worked closely with Mark and Lynda, who were preparing to give the cats all they’d need to be happy and healthy. In addition to helping cover the costs to spay or neuter the cats, staff also provided educational support and resources like food and outdoor shelters. Providing help to community members willing to care for cats is an efficient way to save more cats, because staff people can only do so much. The more that residents help out, the better the opportunity is for the cats.

“Community cats are domestic animals, and they need our help to survive,” says Ashley Wing, community cat supervisor at Best Friends–Utah. “Mark and Lynda are taking the initiative to help these cats stay where they are so they don’t roam and scavenge and end up in places like garages and under porches. They’re doing more than helping the cats. They’re helping everyone.”

Mark and Lynda volunteered at a Best Friends–Utah workshop to make outdoor shelters out of Styrofoam coolers for community cats in areas all over Salt Lake City. They also learned how to make shelters for the cats living at the facility that Mark manages.

He has also helped educate the building’s employees, many of whom have taken an active interest in the cats. Mark sends email updates to remind employees not to feed the cats, because they are already on a regular feeding schedule.

“I’ve got 20 children down there who need my help,” says Mark. “I want them to be as healthy as they can be.”

Since Mark first became aware of the cats, the population of the colony has dropped about to about 20. And while an occasional new cat will come on the scene, Mark and Lynda have been able to easily control the numbers.

Of course, they still get occasional emails from concerned employees. One recently contacted Mark because people were concerned that one of the community cats was pregnant.

Nope, says Mark. “She’s just a fat and happy cat. And that’s the way we want it.” 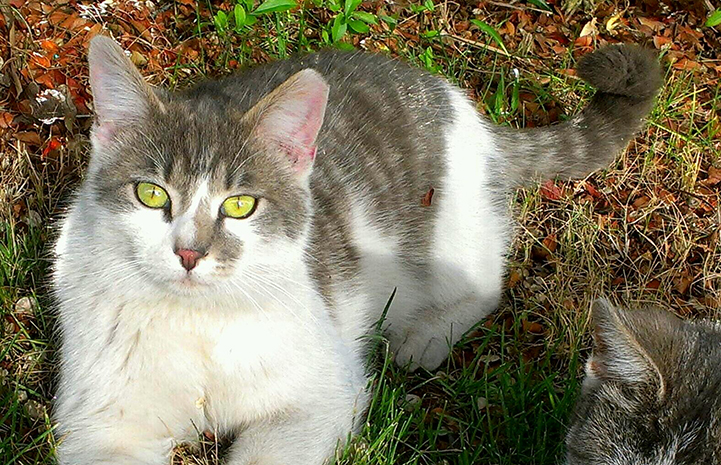