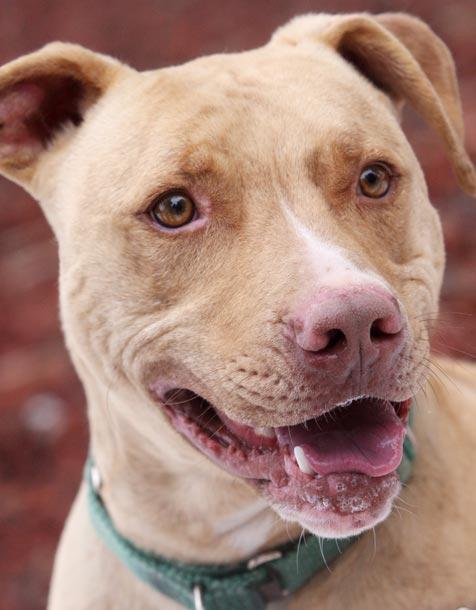 Zander the dog has become a real fan of the old saying "If at first you don’t succeed.…" It took more than one try to help the poor guy feel better.

Dog hit by car in need of medical attention

As a young dog, he was found alongside the road in the middle of nowhere. He’d apparently just been hit by a car and couldn’t walk. He was rushed to Best Friends for some urgent care.

In the accident, Zander had broken his pelvis and femur. At Best Friends, he received all the emergency medical care he needed, but then he threw everybody a curve ball. After healing up, his hip bones realigned over time and left him with a new, false hip joint. Meanwhile, the original hip joint was more or less stuck in place because some leftover bone was trapped there. Zander got to where he couldn’t move the hip much. For an active guy like him, that was really cramping his style!

The Best Friends vets decided to operate. Their plan was to remove the old piece of bone stuck in the original hip socket, which would let the joint move freely again. Only problem was, they couldn’t get the femur ball out of the pelvis socket to begin with. Yikes! Zander’s anatomy had changed after the accident and it was really wedged in there.

Because they couldn’t get the ball out of the socket, the vets couldn’t remove the offending piece of bone. They had hit a dead end. Still, they weren’t ready to give up. They wanted to try again.

The second time around, however, they brought in some extra help. Best Friends vet Dr. Patti asked her pal Dr. Patricia (Trish) Kupanoff of Phoenix, Arizona, to come and assist in round two. Dr. Trish has helped out at Best Friends with tricky surgeries before, one of them being Pepper the pig’s groundbreaking, never-before-attempted and ultimately successful shoulder surgery. Dr. Trish, a board-certified surgical specialist, agreed to help with Zander.

Using Dr. Trish’s expertise, the vets were able to better expose the joint and remove the offending bone piece by piece. In the end, they pulled off what they set out to do and Zander’s joint is moving so much better. (Thanks, Dr. Trish!)

What’s next for Zander? Well, once his skin heals, he’ll be off to do hydrotherapy and other physical therapy. The vets have high hopes for a great recovery. One leg is now shorter than the other, though, so according to Dr. Patti, "There may always be a little hitch in his getalong." Still, at long last he should be able to burn through all that pent-up energy. After all, there’s nothing more frustrating than wanting to bounce off the walls and having an old injury hold you back. Congrats, Zander!

Become a Best Friends member to help dogs like Zander