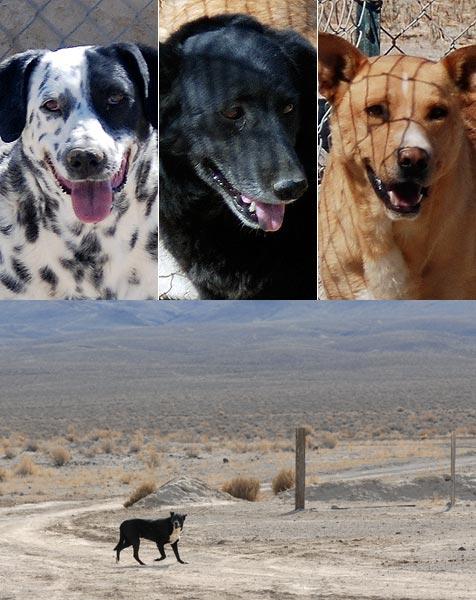 It was a collaborative effort of magnificent proportions: Six animal organizations banded together and successfully rescued 145 dogs stranded at a failed sanctuary in remote Gabbs, Nevada.

The rescue took place from August 2007 to January 2008, when all but one of the last 56 dogs were rounded up in a day and transported out of Gabbs (the one holdout, Eddie, was later rescued). The collaboration didn’t end there, however, because most of those 56 dogs still needed a roof over their heads, not to mention a lot of socialization to get them ready for adoption.

Twenty of the 56 were immediately admitted to shelters in Nevada and California. The temporary solution for the remaining 36 was an unused Nevada Humane Society facility dubbed Camp Reno. There, volunteers for United Animal Nations (UAN) cared for the dogs while a long-term solution could be worked out.

As of two weeks ago, there were still 20 dogs at Camp Reno. Now there are none. All of the dogs have been placed in established shelters, and Camp Reno is officially closed.

Four of those dogs arrived this week at Best Friends Animal Sanctuary, while the others were transported to shelters in and around central and northern California, northern Nevada, and the Olympic Peninsula in Washington State.

Best Friends and the rescue effort

Named Pirate, Lana, Pauley and Nosey, the four dogs now at Best Friends are in as good a shape as can be expected, having spent only a short amount of time at Camp Reno after living months in deplorable conditions with very little human interaction.

"They’re all healthy, but still shy, shut down, and scared," says Best Friends dog trainer John Garcia. "The sooner they get into homes, the quicker they’ll come around."

While Camp Reno was in operation, Garcia and Dogtown manager Michelle Besmehn kept in touch with the UAN volunteers, offering them guidance on how to care for and socialize the dogs. These dogs still have a way to go before they completely trust people.

Liz Finch, a Best Friends animal help specialist, has been a pivotal part of the Gabbs rescue effort. Coordinating much of the effort, she got the word out to the Best Friends members and animal organizations that participated in the rescue and that now shelter the dogs.

"We’re appreciative of the other shelters," says Finch, "because they really stuck their necks out by taking dogs from out of state, dogs who are going to be challenging to adopt."

Finch is currently reaching out to Best Friends members and supporters in California, Nevada and Washington, hoping they’ll consider working with the Gabbs dogs now residing at shelters in those respective states. Fostering is what they need most, since many have never been in a home environment. "We’re hoping that once we get dogs in foster care, we’ll get them in homes quicker," she says.