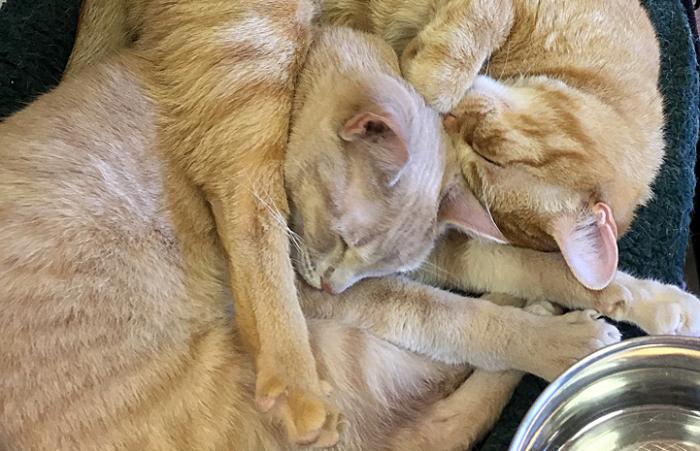 We’re still crunching numbers, but 2015 was another amazing year in the effort to help homeless pets across the country — especially when it comes to pet adoptions. From the teeniest newborn kittens to big senior mutts, Best Friends saw many thousands of dogs and cats off to new homes through our local programs in Los Angeles, New York and Salt Lake City. While every single adoption is special, we asked staff in those areas to share just a few of their favorites from the past year.

First up is the Best Friends Pet Adoption and Spay/Neuter Center in Los Angeles. The center is one of two operated by Best Friends as part of our No-Kill Los Angeles (NKLA) initiative. All pets at this center — as many as 400 on any given day — come from one of six Los Angeles Animal Services city shelters. From there, Best Friends staff match them up with great new homes. 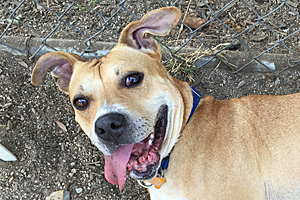 If you’ve seen any of Best Friends’ billboards and postcards around Los Angeles, then you’ve probably seen Seth. With eyes brighter than the city at night, this fun-loving pit bull terrier mix became the face of adoption in the City of Angels. But at eight years old, his age seemed to steer potential adopters away, despite his playful antics or even his affectionate overtures.

Seth had to be more patient than expected as he waited for someone to see the real him. But his time did finally come.

“When his soon-to-be adopter, Louise, came in, I immediately thought of Seth, who was in a foster home at that time,” says Best Friends–Los Angeles mobile adoptions lead Christine Quesada. A meet-and-greet was arranged, and Seth turned up the charm. Christine says, “He was wonderful with her son, immediately sitting on his lap and licking him.”

And the family was so ecstatic that the poster dog was much more than just a pretty face, they adopted him right then and there. 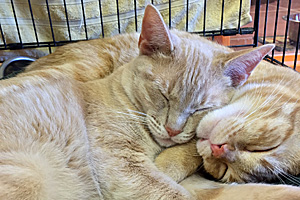 Litter mates Gru and Nefario’s favorite thing to do is take tangled-up naps, like a furry orange ball of yarn. While it wasn’t a requirement that the two go to a home together, one day an adopter walked into the center hoping to find two cats who were already friends. So, of course, the orange duo Gru and Nefario popped into everyone’s minds.

The two now live with a fun, active family with young children and even a dog. No word on whether the dog is invited to be part of their famous tangled-up naps. 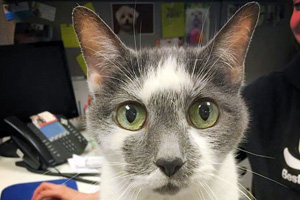 Emerald really liked it way up high in her ivory kitty tower at the adoption center. Well, maybe only she saw it as an ivory tower. After all, she enjoyed being the single princess, and up high is exactly where a princess should be. The truth, though, is she didn’t enjoy feline friends, much less want to share her home with them.

This gorgeous green-eyed girl did enjoy human visitors, however. But her excitement always got the better of her and she would get mouthy. Couple that undignified habit with her age, seven years old, and it isn’t hard to believe she stayed with Best Friends for a little longer than the average kitty.

To help Emerald handle her excitement, staff invited her to stay in their offices, where she could roam freely and not be bothered by other kitties. That did her a world of good. So much so, in fact, that when a couple came in asking about cats who other adopters might overlook, Emerald made a fine impression. They decided to make her their crowning jewel. 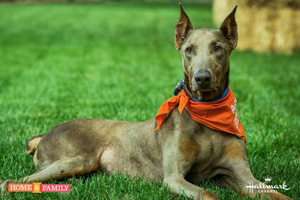 Some fans of Doberman pinschers mention the breed’s angular physique, unfailing loyalty and superior intelligence as the characteristics they find most appealing. And Chucky had them all. Unfortunately, when he arrived at the adoption center, he also had a hypothyroid problem, so he felt pretty lethargic, and his characteristically glossy coat was patchy and dull. He also needed a mass removed from his shoulder.

But none of that posed a problem for the center’s on-site clinic staff. The vet team performed surgery on his shoulder and started him on a simple one-pill-a-day regimen for his thyroid. That’s when people started to see Chucky’s noble side.

“I would visit his kennel every day, and he would run up to the door and stand there looking as majestic as ever,” says Nicole Petschauer, a veterinarian at the center. “He was always a perfect gentleman out on walks, and had a bit of a silly side to him in the play yards.”

Chucky became a celebrity outside of the center, too. He hit a home run on the local Fox network and on the Hallmark Channel’s Home & Family show when he made appearances promoting Adopt-a-Shelter-Dog Month in October.

Hoping to finally land a home, Chucky then went to the fall NKLA super adoption event. Los Angeles–based rescue groups and shelters bring thousands of adoptable animals to these weekend-long festivals and adoption extravaganzas. And that’s where Chucky caught the attention of just the right man.

Having enjoyed the companionship of Dobermans in the past, the gentleman knew all about them and was unfazed by Chucky’s current medical issues. He quickly realized Chucky was the perfect dog for him.

One of Chucky’s biggest fans couldn’t have been happier for him. “I see a lot of pups that come though the clinic for surgery,” says Nicole, “but he is definitely one of the special ones who I always will remember and think about on a weekly, if not daily, basis.” 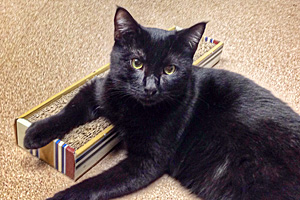 Marcos is a strong cat with a stronger personality — strong as in “this is my bed and you better not try to use it.” He can get along with other cats fine as long as they live by his rules. Because he’s so adamant, everyone begrudgingly goes along with what he wants.

Most cats who come to the center get adopted quickly. But his intensity meant that Marcos … well, let’s just say he had more time to get to know the center staff. Everyone hoped to find him a family who would understand his need to assert himself.

Well, that family did arrive. And they had a cat at home who was just as strong-willed as Marcos. They really wanted a companion for him, but they’d never found a cat strong enough to stand up to his stubborn ways. Then they discovered Marcos. It was love at first sight, but would the two cats feel the same?

You bet. Marcos’ new family reports that the two cats have actually shown mutual respect and have started sharing things. The two truly seem to be the perfect match for each other. 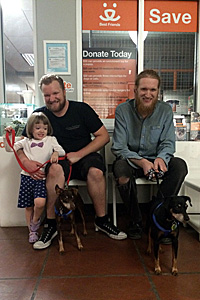 Clyde and Cliffy aren’t related, though both are miniature pinschers and they came to the adoption center together. One is nine years old, the other is 12. One is black and tan, the other brown and tan. One is a little barky and the other is more quiet.

But that’s why it was so darling to watch these two interact both one-on-one and in small dog play groups at the center. They were like two fish in their own little school, swimming around the yard. Whether running, playing with other dogs or moseying around, Clyde and Cliffy moved in unison. Always.

It’s understandable why they are so close. They came from such awful circumstances, having been rescued from a hoarding situation. Cliffy relied on Clyde for nearly everything. He cried non-stop if Clyde was out of sight. So Best Friends immediately got to work trying to increase Cliffy’s confidence.

And then one day it happened: A fantastic family came to the center looking to adopt a miniature pinscher. Since Clyde and Cliffy were the only two there that day, both were brought out to meet them.

They put on quite a synchronized show, really entertaining the family. Seeing that the two dogs were positively precious together, the family decided they couldn’t split them up. So they adopted them both.