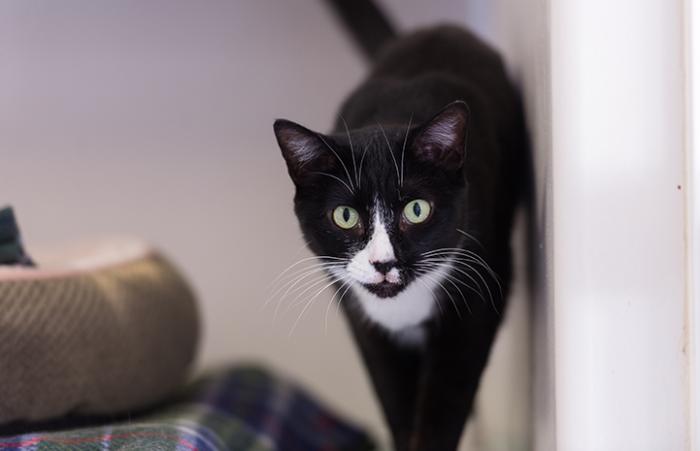 ​​Luigi is friendly, social and loving, and that makes it’s easy to see the things that make him unique. The little black-and-white cat has a surprisingly long tail that he sometimes bends over to one side like a hairpin when he walks. His feet are all white except for one toe that looks like it was dipped in black ink.

Cute quirks like these can make someone notice and fall in love with a homeless cat. But only six months ago, it would have been nearly impossible for anyone to see what makes Luigi unique. 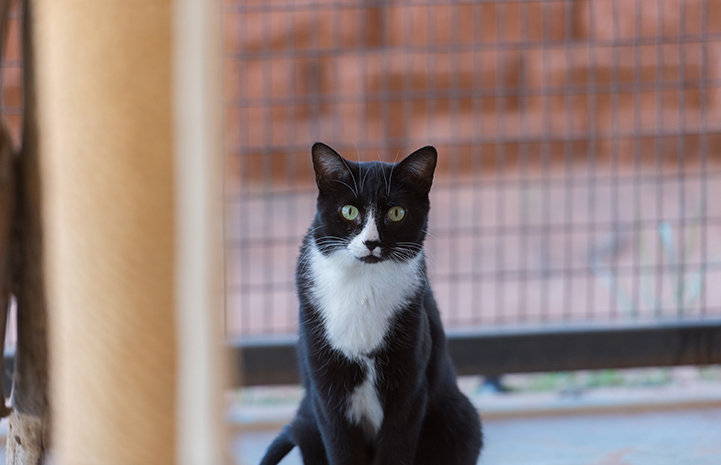 Luigi came to the Sanctuary from a Best Friends Network partner shelter in northern Utah. He caught a ride with nine other cats — one from the same shelter he’d been in and eight from the Best Friends Pet Adoption Center in Salt Lake City.

The trip was part of a plan that helps cats at the Sanctuary in southern Utah and the pet adoption center in northern Utah get just what they need, when they need it. Ten cats too shy or frightened to attract much adoption interest at the center in Salt Lake City were brought to the Sanctuary where caregivers could help them adjust to people in a quieter environment. Meanwhile, 10 super social cats got a ride north to the center, where they’ll find homes quickly. Ultimately, the trade helps all the cats find the best homes in the shortest time possible. 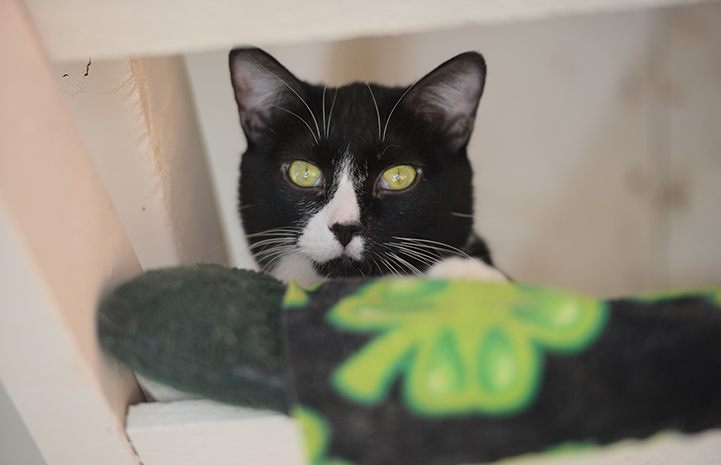 While most of the cats arriving at the Sanctuary showed some reclusive behavior, Luigi was downright terrified of people and wanted nothing to do with anyone. Out of the 10 cats, he was the least socialized.

That made veterinary staff and Luigi’s new caregivers think about what would make him the happiest, long term. If he was really as undomesticated and untamed as he seemed, could he learn to live with people? Or would he be better off joining a community cat colony? Only time would tell, but the important thing was that the Sanctuary would provide Luigi with all the time needed to decide whether or not he wanted to give people a chance.

About Cat World at Best Friends

A room for ‘wild’ cats

Luigi settled into a room at Cat World that is ideal for “wild” cats like him. First of all, it has rafters, so he can climb to a high place whenever he wants to feel extra safe. Secondly, many of the cats there prefer the company of other cats while still being social with humans. Luigi could find feline companionship there and watch other cats interact with people. His caregivers would try to befriend him without forcing themselves on him and there would be no pressure. Instead, they would take baby steps with him. 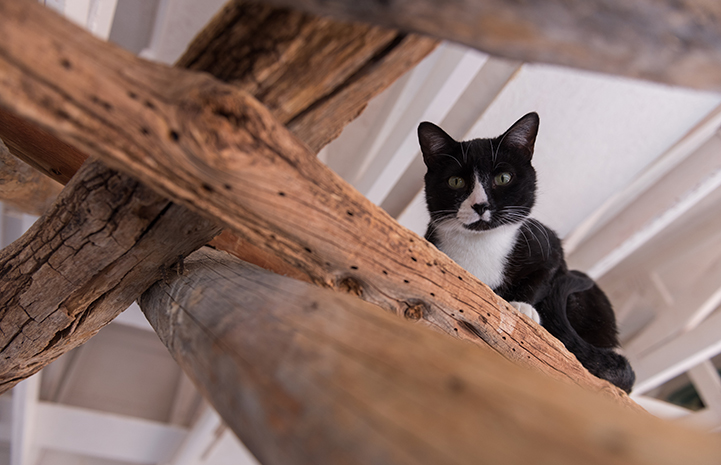 For the first few weeks, Luigi mostly hung out in a tote in the rafters, which he found cozy and safe. But it wasn’t long before curiosity lured him out of his hiding place, and he climbed down to explore the room. He quickly found a friend and role model in a big black cat named America and began taking cues from him.

Luigi’s caregivers began approaching him with food bowls, and he allowed them to set the bowls down in front of him without running away. Luigi also watched the other cats licking baby food from jars their caregivers held out to them, or right from their fingers. When they began offering him baby food, Luigi couldn’t resist. 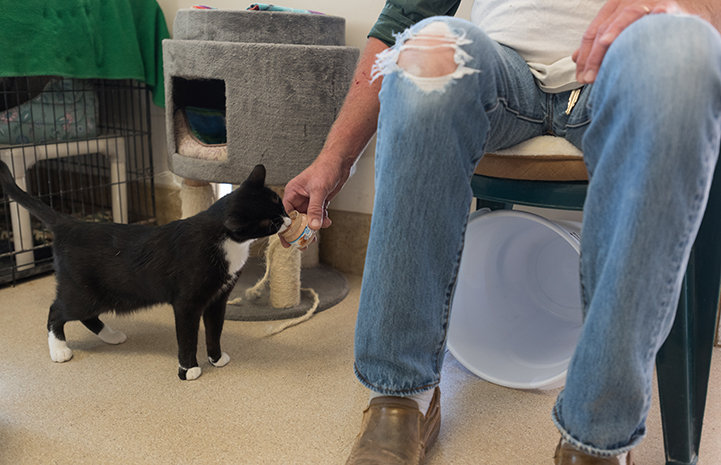 “That was a big seller with him, and it may have even been the big turning point with him,” says Mike Bzdewka, caregiver at Cat World. “Baby food does work like magic sometimes.”

The true magic may have been a combination of the baby food, his caregivers’ patience and persistence and his new feline friends. Not so wild after all, Luigi is much more comfortable around people these days. Now, instead of finding the handsome cat hiding, caregivers, volunteers and visitors can find him out and about in his room and in the cattery.

Though he’s still a bit hesitant at first, Luigi warms up quickly and will let strangers pet him. He’ll come running for the special baby food treat, and he’ll wind figure eights around people’s legs. He’ll let his caregivers pick him up and snuggle him, too. But the best thing may be that, now that he’s brave enough to show his face (and his tail and toes), Luigi is that much closer to landing a home of his own. 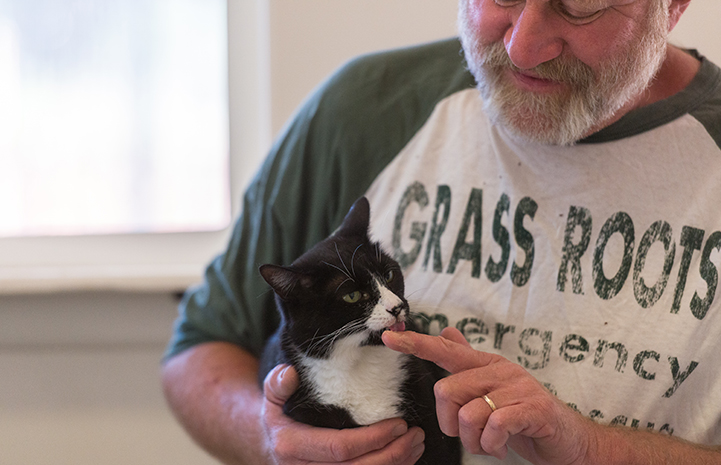