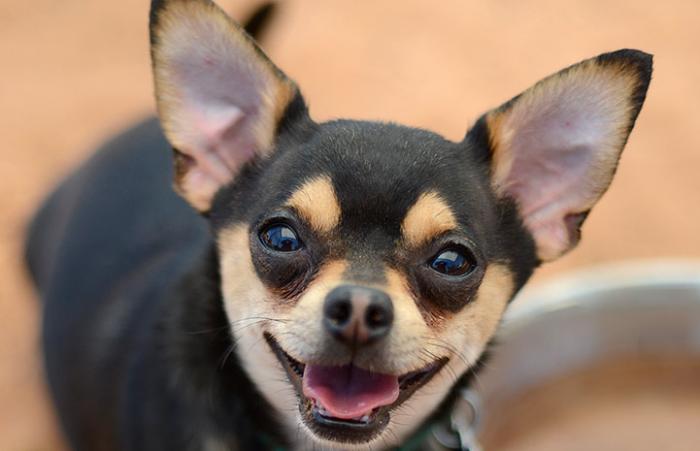 There’s big news coming out of a little town in Oregon: a no-kill nonprofit foster/adoption group took over the local animal shelter turning a boring, depressing place into an exciting, happy humane society. The organization is staying true to the no-kill philosophy, making sure all animals adopted are spayed or neutered, and giving everyone else waiting for a new home the love and stimulation they deserve – for as long as it takes. With the help of their foster and adoption program, the group was immediately able to lower the euthanasia rate from 73% to just 9%.

But the transition wasn’t easy.

Janna Hage was the founder of the nonprofit group Home at Last and is now the Executive Director of Home at Last Humane Society. She was the driving force behind the conversion and the no-kill state of mind in her community.

Janna hadn’t always been in the animal welfare world. When she moved to the small town of The Dalles, she heard unpleasant news about the local animal shelter – lots of dogs and cats went in, but few came out. Along with a high euthanasia rate, the shelter didn’t accept volunteers or have an adoption program. For Janna, an animal lover, this was unacceptable.

She was scouring the Internet to see what other communities were doing to combat pet overpopulation and to bring awareness to the public about the problem when she stumbled on the Best Friends website. Janna read everything she could about the No More Homeless Pets movement and how shelters and rescue organizations across the country were jumping onto the no-kill bandwagon.

She placed an ad in the local paper asking anyone who was interested in the fate of the homeless animals in their community to join her in a discussion of the problem at a local pizza parlor. Thirty people showed up, and Janna didn’t know any of them. It was a good start.

The group embarked on their mission with various fundraisers, mostly of the yard-sale variety. At first they were strictly devoted to spay and neuter as a way to curb the overpopulation of pets in the area.

As time went on, the volunteers felt they could do more, so they began saving animals from the shelter and created a foster program. Soon after, with a growing commitment to the cause, they decided to start a legitimate nonprofit 501(c)3 organization, with Janna as the executive director. They gave it a fitting name: Home at Last.

For four and a half years, Home at Last was a foster program that also helped subsidize low-cost spay and neuter clinics. Even though the nonprofit was making a difference, there was still negative talk about the local animal shelter. During the last fiscal year, the budget for the shelter was drastically cut, leaving more animals with an unknown fate.

"It took a while for people to get past their impression that we are ‘animal crazy people,’ but we had been building up trust with the county for over four years and proving our credibility with the powers-that-be," said Janna.

Apparently, it worked. On July 1, 2004, the nonprofit organization was given the keys to the county animal shelter. Home at Last Humane Society was unleashed. (Pun definitely intended!)

One of the first changes was getting rid of the overwhelming gray that permeated the inside of the building. Colorful walls and happy murals took over, immediately giving the shelter a warm and caring atmosphere. Dog beds were brought in. Toys were given to all of the residents. And socialization began.

Home at Last quickly began an adoption program and started training volunteers who were already gung-ho to start washing, cleaning and walking.

"We’ve had no rest!" said Janna. "For the last few months, it has been all hands on deck. We’ve been struggling money-wise, but we know this is never easy."

Janna and her team couldn’t find any other nonprofits that have taken over a county facility, so they had no model to work from. They still take stray animals brought in by animal control. The cost to take care of these dogs is paid for by the county but, other than that small quarterly sum, Home at Last relies solely on donations from members and the community.

Home at Last started with four-and-a-half employees: Janna as the executive director, an adoption counselor, a receptionist, a kennel manager and a kennel tech. However, with the recent money crunch, Janna is foregoing her salary to help keep the humane society running.

Recently, she opened a doggie boutique called Pete’s Pet Place, named after one of the first dogs she rescued. Adoptable animals from Home at Last are brought in on Saturdays for increased exposure, and 10% of the boutique’s proceeds go directly to the shelter.

Pete’s is one more way to ensure the humane society’s survival. Every day, the Home at Last team struggles to keep their heads above water. But they made a promise to the animals – they will never give up. Failure is not an option.

Visit the Home at Last Humane Society for more information about the group and to see animals available for adoption.