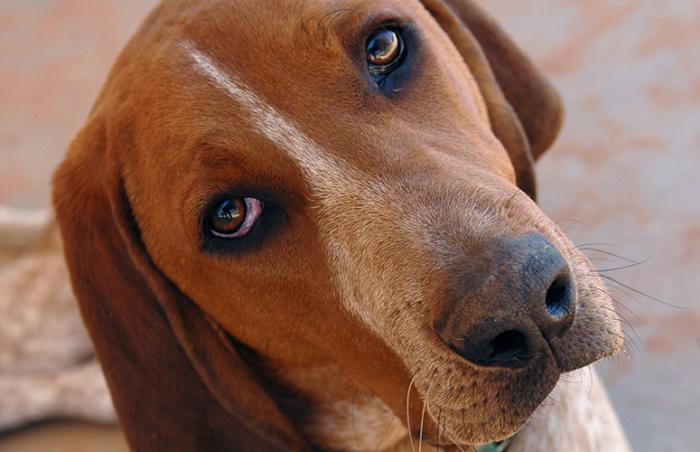 Any blues bands out there seeking a lead vocalist? Look no further.

McGarr the puppy is your guy, provided you go for the high-pitched, howling, screeching sound. (And really, what band worth its salt would want anything less?) McGarr is quite the singer (he is a hound dog after all), but there’s much more to him than a set of melodious pipes. For one, he is the undisputed king of the puppy community here at Best Friends. He can sit. He can lie down. He doesn’t jump up. This is one smart boy! And friendly enough to tempt every last visitor who lays eyes on him to wonder whether there might be room for just one more dog in their life.

McGarr was found as a stray wandering around near the sanctuary. Such a classy guy like this--hard to believe he’d take to life on the road. Then again, maybe he was just lost on his way to the Grand Ole Opry for a debut night. It happens…

Wobbly hound is a growing boy

Before he hits the road again (as an adopted dog, of course), he may want to try growing into his legs a bit. True to hound-dog form, McGarr has long, lanky legs that wobble as his body tries to catch up in the growing contest. The interim result is a nice clumsy little walk that he’s trying to pass off as a music-star swagger.

Welcome, McGarr! Just don’t forget us little guys after you become a superstar.