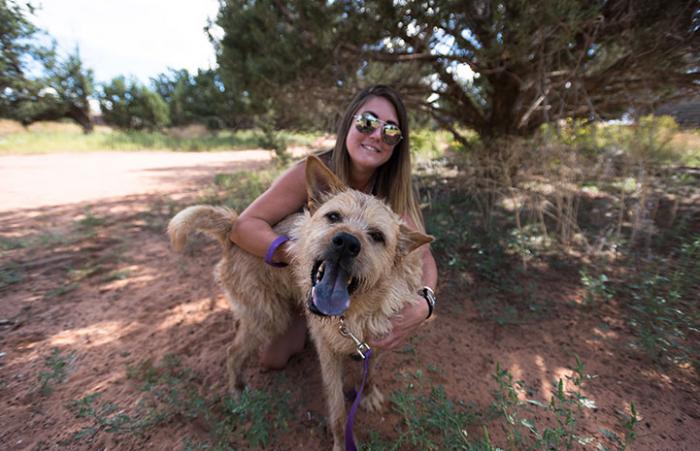 As Dogtown caregiver Steven Lee walks up the path by Wally’s yard, the five-year old terrier mix races toward his gate. His mouth opens into a giant grin and he lets out a series of excited whines. His body, which looks twice its actual size with his wiry hair sticking out in every direction, is wiggling uncontrollably. And his ears — arguably his most adorable feature — instantly perk up and tilt forward.

Wally’s not asking Steve to stay away like he used to do; instead, the big, scruffy terrier is asking his caregiver to play with him. “It’s a complete turnaround from when I first met him and he was reactive toward me through the gate,” Steve says. 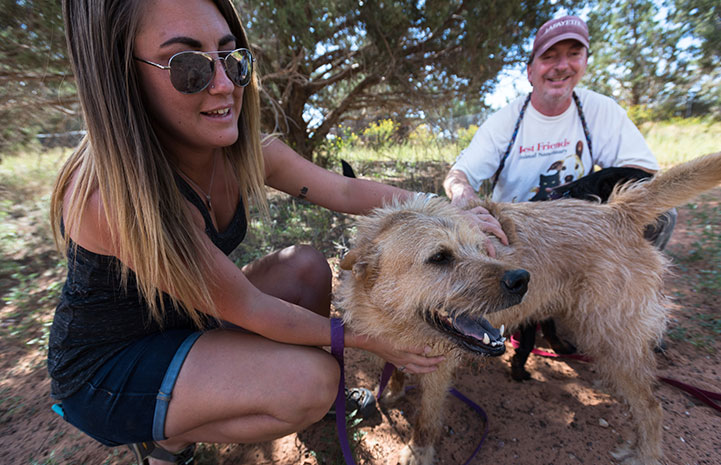 A dog who wanted his space

Wally sure has changed a lot in the three months since he arrived at the Sanctuary. Back then, he was fearful of everyone and everything. Mostly, it seemed he just didn’t want to deal with anyone. Wally had lived in the same home since he was eight weeks old, but he lost that home when one of his people passed away. He seemed a bit lost when he arrived at Dogtown, and he didn’t know much about making new friends.

“The first time I went to meet him, he barked at me telling me to get out of his room,” says Tierney Sain, team lead at Dogtown. “I listened and gave him his space.” 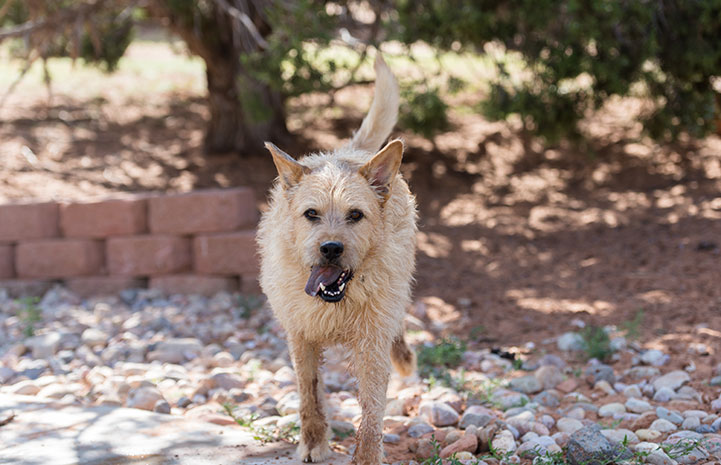 How to get a scared dog to trust you

In Dogtown, caregivers often try to reach shy or frightened dogs through “helper dogs” that are well-socialized, comfortable with people and show by example that caregivers are there to help. Since Wally didn't care to approach anyone at the Sanctuary during his first week or two, he hardly let anyone touch him, so caregivers brought a friendly dog with them hoping that Wally would be more receptive to letting them leash him up.

Although he still wasn't ready to trust anyone, Wally hesitantly approached Tierney when he saw the other dog, and allowed her to put a lead on him. Then they headed out to the play yard so that Wally could simply hang out with his caregivers and begin to figure out that they were not a threat. That was the start of a daily routine of taking Wally outside to do fun things in the hope that he would eventually learn to trust caregivers.

Learn more about getting a rescued dog to trust you 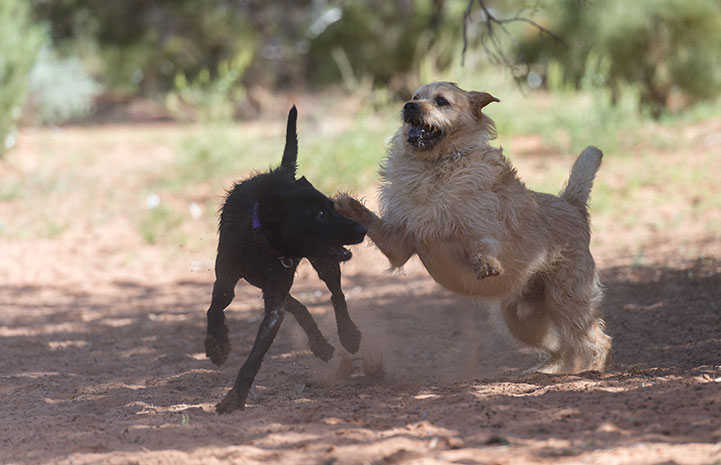 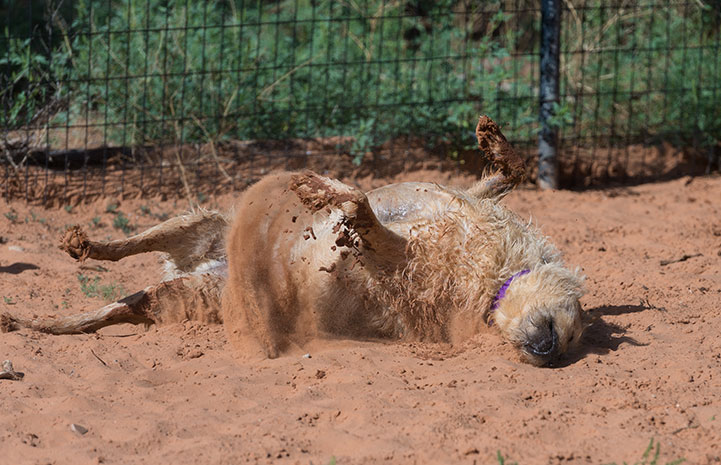 Over time, the routine helped Wally let down his guard a little and start accepting people into his circle. And when caregivers discovered that play is the sure way to his heart, Wally had a breakthrough. Play bow to Wally and a magical thing happens: He’ll play bow back and then get the “zoomies” and race around his play area like a puppy. Hop and skip around him and Wally will start hopping and skipping, too. After playing, Wally will walk right up to people and beg to be petted.

Those first play sessions opened the floodgates. Because caregivers knew how to establish trust, Wally isn’t so wary of people anymore. He has some solid friendships, and he’s been expanding his circle of friends to include volunteers. Now, when he sees one of his people (like Steven Lee), he can barely contain his excitement. He’ll run up, flash his big goofy smile and do the Wally wiggle — his very own version of a happy dance. 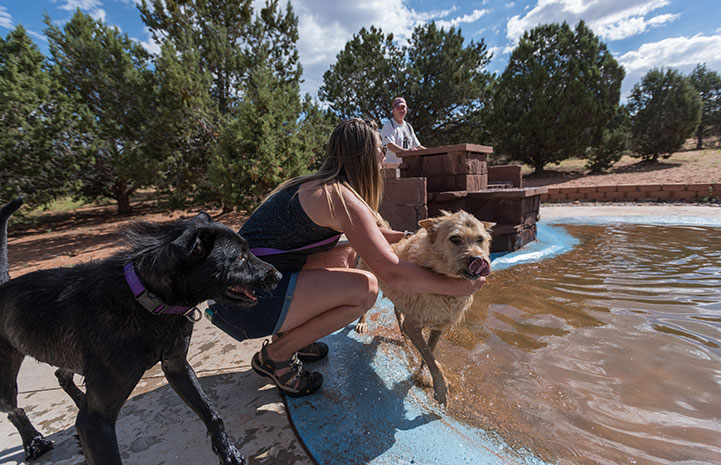