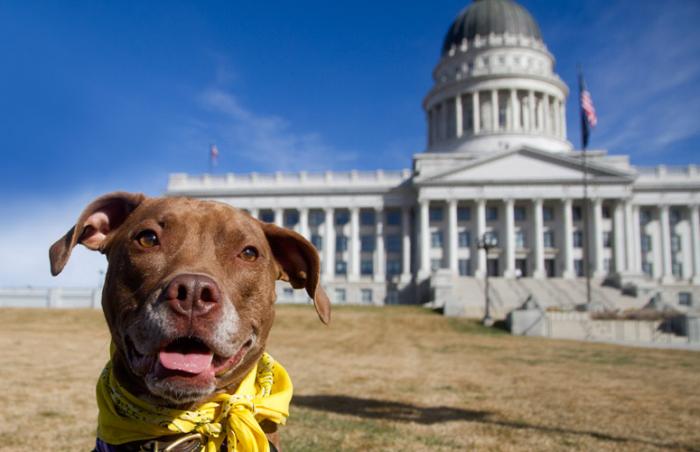 Legislation is the linchpin in protecting animals from coast to coast. Best Friends recognizes that passing proactive animal legislation is imperative for creating sustainable changes in animal welfare. Thwarting or repealing legislation not in the best interest of animals is just as important. To that end, Best Friends and supporters have worked tirelessly to see wins for the animals in cities and states across the country. While the Best Friends legislative team has dozens of years of legal experience, the people who actually make the victories possible are a lot closer to home. And getting involved is as easy as a few clicks of your mouse.

Advocacy for animals and positive legislation 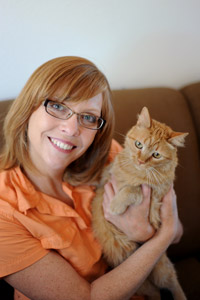 Holly Sizemore, Best Friends director of national programs, knows firsthand that each individual holds the key to helping animals in his or her community. As a teenager, she worked for a local zoo, where she witnessed some questionable activity. The experience left her feeling powerless. However, she was empowered years later when the state legislature conducted a public hearing about a potential audit of the zoo. For the first time in her life, Holly got up and testified. “The audit was done, and they did find the zoo management guilty of cronyism and poor accountability of public funds,” says Holly. “It felt great to finally feel like I could have a positive impact.”

It’s this early experience that gave Holly insight into how the legislative process works and why it’s so important. “It has been shown that the most effective nonprofits combine legislation and advocacy with programming, and Best Friends is no exception,” says Holly. Under her direction, Best Friends’ puppy mill, cat and pit bull terrier initiatives all work to shape legislation in order to save pets’ lives.

The puppy mill initiatives help communities pass commercial pet sale bans, so the only dogs and cats available in retail stores are those from shelters or rescue groups. It’s a strategic tactic that cuts off demand for puppies from mass-breeding facilities (a.k.a. puppy mills), and helps get homeless pets into the spotlight for adoption.

The pit bull terrier initiatives help cities, counties and states pass community safety laws instead of laws that discriminate against dogs solely based on breed (also called breed-discriminatory legislation, or BDL). Seventeen states so far have passed laws that make it illegal for municipalities to pass BDL; the tide is turning away from putting innocent dogs at risk simply for what they look like, and toward holding irresponsible pet owners accountable.

The cat initiatives help communities make it legal to feed and care for community cats (ferals and strays). Usually coined good Samaritan bills, they ensure that community cat caregivers are protected and can continue to care for the cats they love.

Speaking out for animals

Ledy VanKavage, Best Friends senior legislative attorney, has a motto that says it best: “Politics is not a spectator sport.” To help folks get off the sidelines, Best Friends has made it easy for anyone to speak up for the animals in their community or state with the Best Friends legislative action center. When a pivotal law is being considered, users can click through to send a message urging lawmakers to vote yes or no on legislation that will affect pets. We even create sample content to make it as effortless as possible.

“Today, legislators receive many more constituent communications, largely thanks to the improved technology that allows citizens to easily make their opinions known,” says Holly. “People hold the power to help pass positive animal laws, and the Best Friends legislative action center makes it easy for everyone to get political, right now.”

Speak up for animals in your community by signing up for alerts from the Best Friends Legislative Action Center.