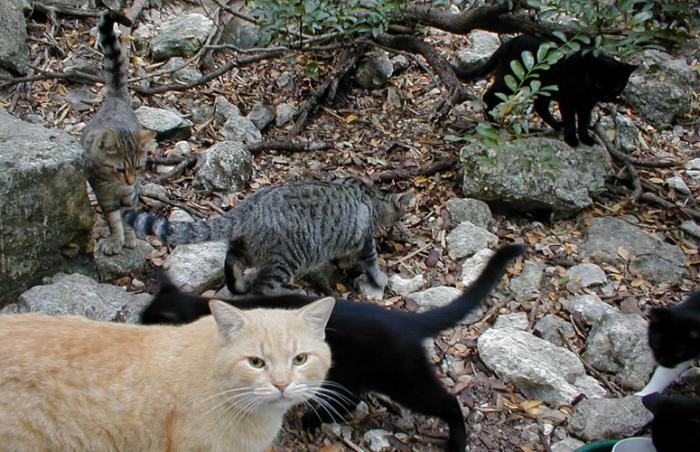 Where have San Antonio’s shelter cats gone? Thanks to the San Antonio Community Cats Project, a collaboration between Best Friends Animal Society and PetSmart Charities®, the majority of community (aka feral and stray) cats are now bypassing shelter cages. Instead, they’re spayed or neutered and returned to their original territory. More cats are leaving the city’s animal shelter alive, thanks to key collaborations and one very effective secret weapon. 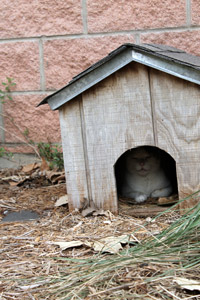 In the last 13 months, thousands fewer cats died in the shelter thanks to collaboration among Best Friends, City of San Antonio Animal Care Services, San Antonio Humane Society, and the San Antonio Feral Cat Coalition to trap, neuter and return (TNR) the community’s cats. As a result of everyone’s combined efforts, the city shelter’s live release rate for cats (which is the percentage of cats that leave the shelter via adoption, return to their guardians, transfer to a rescue organization, or return to managed cat colonies) has increased to 79 percent. And that’s something to celebrate.

Best Friends also has a local community cat coordinator, Evelyn Zuniga, who helps the project run smoothly. Part of Evelyn’s role is running a robust trap loan program. Evelyn explains, “It gives the residents the resources they need to TNR the community cats themselves.”

“Communities have an obligation to their residents – both two- and four-legged,” says Lisa Norwood, public information officer at San Antonio Animal Care Services. “Since the partnership began, Animal Care Services has seen a 22 percent decrease in the number of cats coming into the shelter, as well as a substantial increase in the number of positive placements and requests for feline spay/neuter. The numbers don’t lie. TNR works.”

Evelyn adds, “Without the support of ACS (Animal Care Services) and the other clinics we work with, we could not have made such tremendous strides. ACS helps us by enforcing our right to return our trapped cats to their correct location.”

The outreach partners are thrilled. “Because of the partnership, many caretakers are able to get entire cat colonies completely sterilized,” says Nicole Poore, board member of San Antonio Feral Cat Coalition. “In addition, the size of the project has allowed so many cats to be fixed in such a short time that the larger community of people who may have been opposed to TNR initially have been able to see how effective it is.” 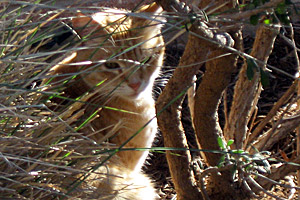 While the project is geared toward creating a no-kill community, the well-being of the community cats is a driving force. “Every cat we spay or neuter has a lower risk of certain types of cancer. We are honored to be part of a program that allows these cats to live longer, healthier lives,” says Seamus Nelson, director of communications at San Antonio Humane Society.

Evelyn echoes the sentiments that the program is helping the cats live both happier and healthier lives, and it’s the folks in the field who are making the difference: “It is a wonderful feeling that we are able to help resident cats that would have otherwise been caught and euthanized. We love it when residents express how thankful they are for our program.”

So what’s the secret weapon in TNR? A caring public.

Learn how Best Friends is helping community cats across the country.