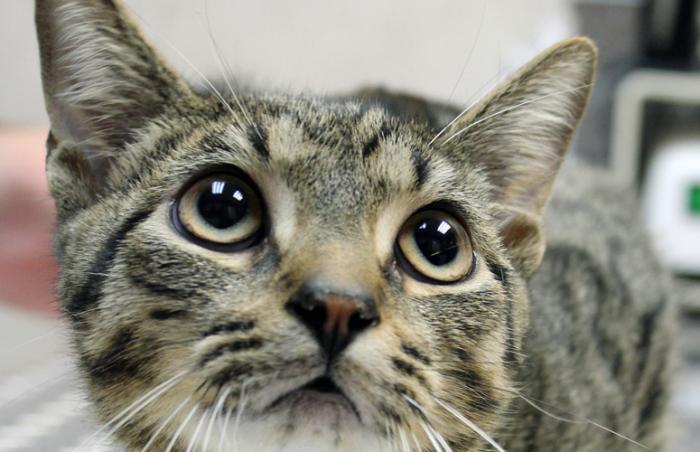 Saving up to adopt a cat 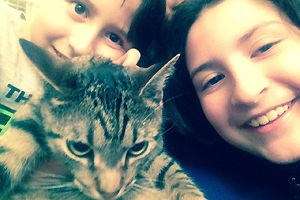 Jenni Kops’ children, Kiki and Jack, may still be in grade school, but they’re at the head of their class when it comes to giving. This year both children, who live in New York City, used their birthdays as a vehicle to raise money and supplies (in lieu of gifts for themselves) for local animal welfare agencies.

Additionally, when the family decided to add a new cat to the home, Jenni taught her kids an important lesson about saving up for what they want. However, the one who benefited the most from the arrangement was a sweet tabby cat named Steven, who’d lost his home and ended up at Animal Care and Control of New York City (AC&C of NYC).

Raising money to adopt a cat

The Kop kids are no strangers to saving lives. Last year when the family found two kittens in a dumpster, they took them home to nurse them back to health. The family kept both kittens and gave them the adorable names Butter and Scotch. Though the Kops thought they had a boy and a girl, when they took the cats in to be fixed, they learned they were both girls. And that’s what set the wheels in motion for the family to welcome another new kitten to their home. “We love our girls,” says Jenni, “but Jack really wanted a boy cat.”

Jenni was looking into where they could adopt a cat when she saw an advertisement for a Best Friends adoption event. When she learned that the event would feature a reduced adoption fee of just $10, she gave Kiki and Jack the perfect assignment — earning the money to adopt their next cat. Jenni gave the kids a list of tasks, with each one assigned a monetary value.

The kids did their chores, earning each dollar and counting down the days until the adoption event. By the time the big day came, they’d each earned five dollars — just enough to cover the reduced adoption fee.

Falling in love with a tabby cat

The kids met quite a few of the potential new furry friends brought in from AC&C of NYC by Best Friends. But it was a wide-eyed tabby cat named Steven who piqued their interest most. Jenni says, “My son was the first one to pet him and it was love at first pet.” 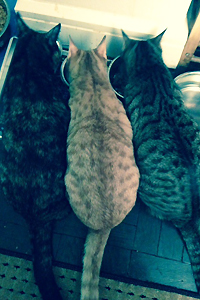 Steven purred loudly and rolled over so they could all pet him. When Jack went to pull his hand away, Steven stuck his paw out and pulled back his hand. “We knew that Steven had just picked us as his family,” says Jenni. The kids turned over their hard-earned money, and it was official. Steven was going home.

Jack and Kiki couldn’t be happier with their new cat, now named Steve-O. The Kops also learned that Steve-O’s first birthday was just two weeks prior to his adoption, so they were delighted to give him the best birthday gift ever — a new home.

Steve-O now rules his new home with a velvet paw. He loves to get in plenty of lap time, and cuddling is among his favorite activities. He’s great with his feline sisters, too. “All our animals give us so much joy,” says Jenni.

Jack not only found a friend for life in Steve-O, but he’s also found a real snuggle buddy. Steve-O sleeps in Jack’s bed every night. From the mean streets of New York City to the loving arms of a boy of his own, Steve-O hit the jackpot.

Help more animals like Steven go from homeless to home.