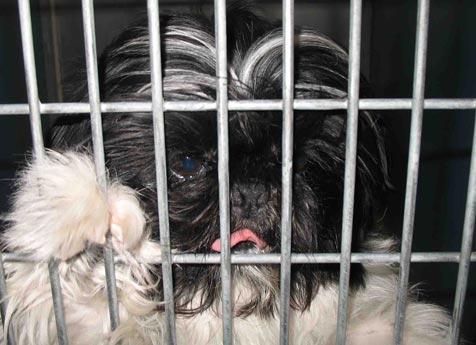 The problems at the Lied Animal Shelter in Las Vegas are no secret. When the overcrowded shelter had to euthanize more than a thousand dogs and cats in February after an outbreak of Parvovirus, canine distemper and feline panleukopenia, the story even made the New York Times. Before long, the troubled shelter became a poster child for all that can go wrong at a facility.

It wasn’t supposed to turn out that way. In 1998, city officials announced that Las Vegas would become a no-kill community the following year. But somewhere along the way the plan went awry. Of the 52,852 animals impounded in the shelter in 2005, 23,829 were euthanized. Still, crowded kennels led to the disease outbreak in February.

Best Friends officials have offered to help Las Vegas realize its goal of no-kill. The key to the plan is getting the whole community involved in managing pet overpopulation and dramatically reducing euthanasia numbers. Everyone needs to be on board, not just the Lied Animal Shelter, but city and county officials, rescue groups, veterinarians and pet owners as well.

The first step would be for Best Friends to conduct an analysis and assessment to determine what things are contributing to pet overpopulation. Rapid growth could certainly be one factor. Clark County is one of the nation’s fastest growing counties, adding between 6,000 and 8,000 new residents a month, and many of those newcomers are bringing their pets. Other possible factors include feral cats, overbreeding, dog fighting, hoarders, or too few adoption strategies.

Then, Best Friends would take an inventory of community resources and determine which are not being tapped.

Next would be strategic planning, working with local officials to put together a statement of goals and objectives and a plan for deploying community resources and the collaborative development of new resources

And finally, Best Friends would help the community put the plan into action and continue to monitor its progress to make sure everything is working.

Most everyone at the meeting seemed to agree that a successful plan must be a collaborative effort.

"We need to engage all these people and have a united front so we can reduce the number of animals going into shelters," said Joe Boteilho, chief of code enforcement for Clark County following another meeting the same afternoon with the community’s Regional Animal Focus Group, which includes city and county officials and representatives from the Lied Animal Shelter and area rescue groups.

Best Friends has begun negotiating letters of intent with city and county officials that will allow it to move forward with the plan. Best Friends is also meeting with representatives from the Lied Animal Shelter and area rescue groups as they work on immediate solutions to reduce euthanasia in the region’s shelters.

Christine Robinson is the new executive director of the nonprofit Animal Foundation, which operates Lied under a contract with Clark County, Las Vegas and North Las Vegas.

"The resolution to the sad truth of euthanasia does not lie in the shelter, but in the community," she said. "We need to educate our community on responsible pet ownership and that significantly includes spay and neuter programs. This is a problem that gets resolved on the front end, meaning animals aren’t getting to us in the first place."