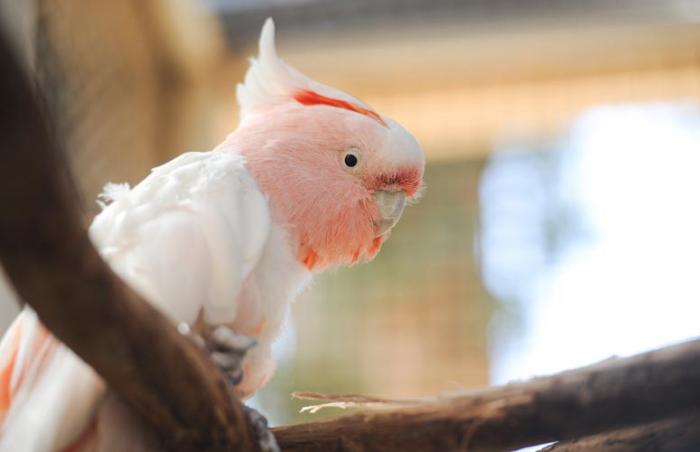 Miracles big and small happen every day at the Sanctuary, and Thanksgiving is the perfect time to reflect on them. As the holiday season approaches, caregivers from across the Sanctuary talk about some of the animals in their care, and the various ways those animals show they’re happy to be living the good life.

Maxine came to the Sanctuary after life in a home. She had a hard time adjusting at first and even stopped eating and came dangerously close to requiring a feeding tube. But Cat World staff and volunteers rallied around her, tempting her with scrumptious kitty treats and giving her as much attention as she wanted. Maxine realized that even though she lost her home, she’s still loved and finally began to eat. Now she’s happy again and full of affection for those who helped her. – Charlene Smith, caregiver 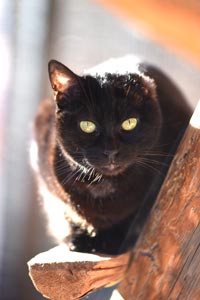 Sweet little Cassidy came to the Sanctuary from Los Angeles where she'd been in a shelter with little chance of being adopted because she had a painful swelling in her ear, and feline leukemia (FeLV), a virus that weakens her immune system. The Best Friends veterinary team removed her damaged ear. Today despite all she’s been through, she’s still extra sweet to everyone she meets. – Amy Kohlbecker, caregiver

Originally a stray, Sparkles came to the Sanctuary from a group in New Mexico. Although she’s full of life and not yet two years old, Sparkles has a serious heart condition. But this sweet, loving girl has received wonderful news just in time for the holidays. She was approved for heart surgery that will give her a chance at a normal life. In the meantime, she’s not letting worry get to her because she’s too busy being her happy, sparkly self. – Jennifer Doolittle, team leader, and Meghann Burke, caregiver

Two red-eared slider turtles are recuperating at the Sanctuary after someone shipped them across the country via two-day mail. Although the turtles survived their harrowing journey, they suffered from dehydration, vitamin deficiencies and parasites. Now on the mend and getting the care they need, they no longer try to get away from people approaching them. They’re becoming healthier and more social by the day. – Carmen Smith, manager, and Stefanie Rolston, caregiver

This friendly horse and goat pair were in danger of starving to death, because their person could no longer afford to feed them. Now at the Sanctuary, they’re being brought back to health — together. They are always happy to see people, whether or not it’s dinner time. Villa nickers in excitement whenever she sees someone, and Willy has become an official goat barn greeter. – Sharlee Mayer, administrative assistant 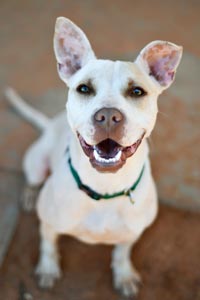 Curly and Sage: The Bunny House

Rabbits Curly and Sage are grateful they’ll have each other this holiday season. Both bunnies were part of bonded pairs but lost their mates earlier this year. Though it can take a while for bunnies to bond with each other (and some never will), Curly and Sage hit it off almost instantly. Now both bunnies are hopping around happily, never leaving one another’s side. – Michele Page, caregiver

Wild Bill, a rare and beautiful Major Mitchell’s cockatoo, was caught in the wild and forced to be a captive breeding bird for many years. He’d rather be flying free in Australia, his native land. But, since Wild Bill has been in captivity for decades (he’s 45 years old), he wouldn’t survive on his own. So caregivers are working hard to gain his trust while giving him the space he needs to be who he is. He may not be a “free bird,” but he’s landed in the very best place he can possibly be. – Jacque Johnson, manager

Though these animals came from different situations and have different needs, they are all enjoying greater health, happiness, and second chances at the Sanctuary. And that’s a lot to be thankful for.

Bring hope to animals by becoming a Best Friends member