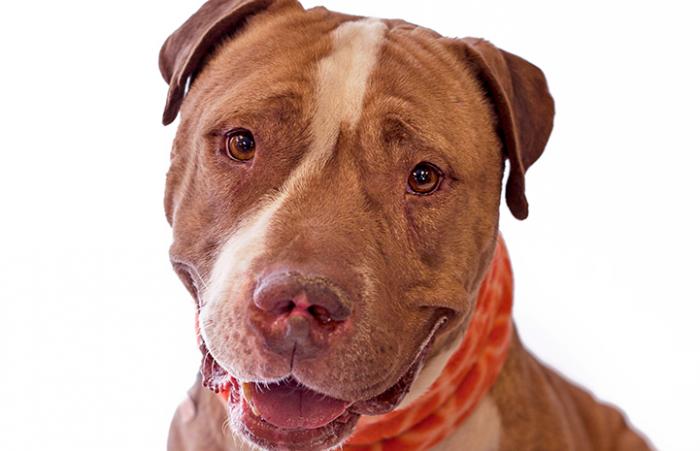 When a stray dog named Turtle first arrived at the Best Friends Pet Adoption and Spay Neuter Center in Los Angeles from an L.A. city shelter, it was pretty easy to tell that he’d seen his share of bad luck. He had an injured front paw, cuts on his face and a deviated septum that made his whole muzzle look off-kilter. But here’s the thing about bad luck: It doesn’t last.

A happy life is in the cards

It’s impossible to know how Turtle ended up in such bad shape, but when he arrived at Best Friends it was evident to everyone that underneath the cuts and bruises was a sweet dog who hadn’t stopped loving life.

The medical team quickly got to work treating his injuries. Then, after some much needed R & R, it was time to help Turtle with his social skills. You see, Turtle didn’t always show his friendly side to the dogs he met in play groups. Instead, he was apt to bark at them, so he would be left alone. But with patience and gentle guidance from staff and volunteers at the center, he started to get more comfortable.

Slowly, Turtle began to let his guard down around other dogs until he became adored by everyone ― two- and four-legged. “We started working him into play groups where he became every soft and gentle dog’s favorite playmate,” says Amanda Yocom, behavior and training specialist at the pet adoption center. “He loved spending time with his favorite volunteers and staff members, and was often caught on his back receiving belly rubs.”

You’d think a sweet, belly rub-loving dog like Turtle would get adopted quickly, and he was. But he was also quickly returned. Turns out, he just wasn’t the best fit for the family after all. Of course, a happy life in a loving home was still in the cards for Turtle. He’d just have to wait a little longer. 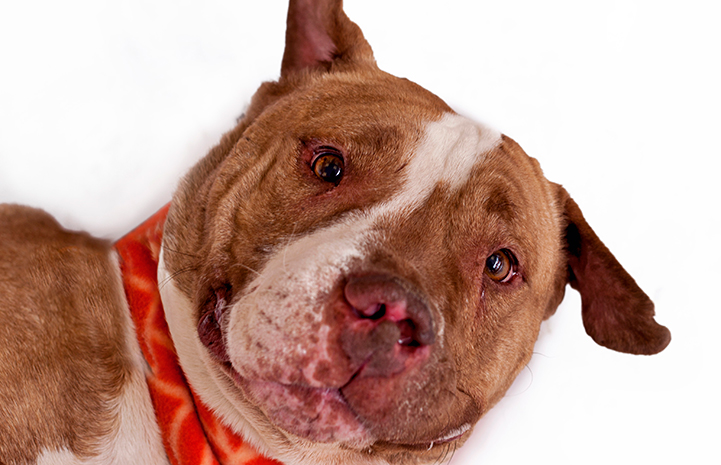 Meanwhile, Qato had been grieving the loss of his beloved dog Happy for a few weeks, and as time went by, his home started to feel a little empty. He knew it was time to adopt another dog to fill the void left by Happy’s passing. Plus, he could tell that Harmony, his pit bull terrier, missed her old friend, too. She needed a new friend.

Qato was online one day checking out the adoptable dogs on the pet adoption center website when he saw Turtle. With his crooked nose and scars, Turtle’s face is one (as Qato was about to learn) that’s hard to forget. The more he considered adopting other dogs, the more he thought about Turtle.

The next step was to meet the dog in person, and so one weekend day Qato went to the center and found Turtle in his run. When Turtle saw him for the first time, he walked up to the gate and gently put his paw on Qato’s outstretched hand.

“That’s all it took,” says Qato. “I was just hoping Harmony would feel the same way.”

Qato knew he couldn’t rush the adoption process. He brought Harmony to the center’s lobby several times to get her familiar with the smells and sounds, so that when it was time for her to meet Turtle, she was relaxed and confident.

The meet and greet went beautifully and with that, Turtle’s luck didn’t just take a turn for the better. He hit the jackpot. 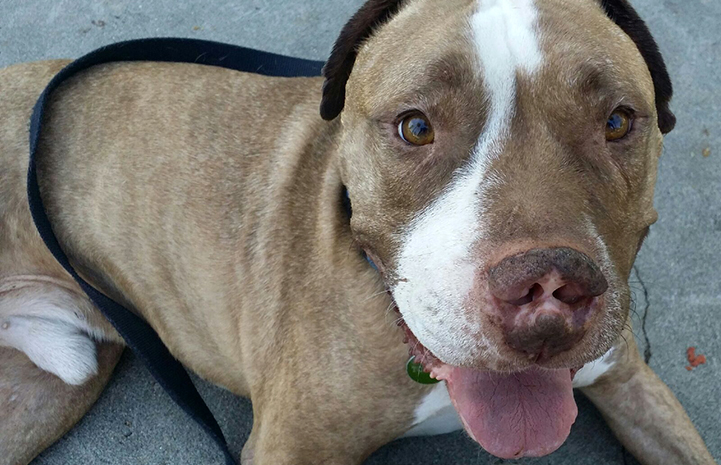 A dog’s lesson: Live in the moment

Today, Turtle is living a happy life with Qato and his family. Harmony has since passed away, and now Turtle is helping his new sister, Alyce, settle into her new home. 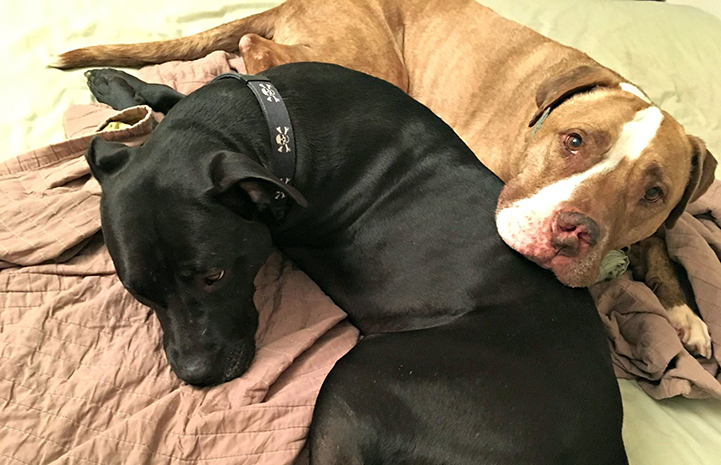 Turtle is the kind of guy who doesn’t mind being put in a costume so that Qato can take some cute pictures. “He’s just so laid-back and kind,” says Qato. “And it’s inspiring, because you look at him and can see he’s been through so much.”

Turtle’s injured paw has almost completely healed, but still, Qato makes sure that before setting out on any hikes, he understands the dog’s pain threshold and how much walking he can comfortably do. On most days, Turtle can take up to an hour-long walk, although his favorite sport is relaxing on the sofa.

What really has made an impression on Qato is just how unconditionally Turtle loves. “He could be withdrawn or aggressive,” says Qato. “But instead he’s shown me how to live in the moment and be happy for today.” 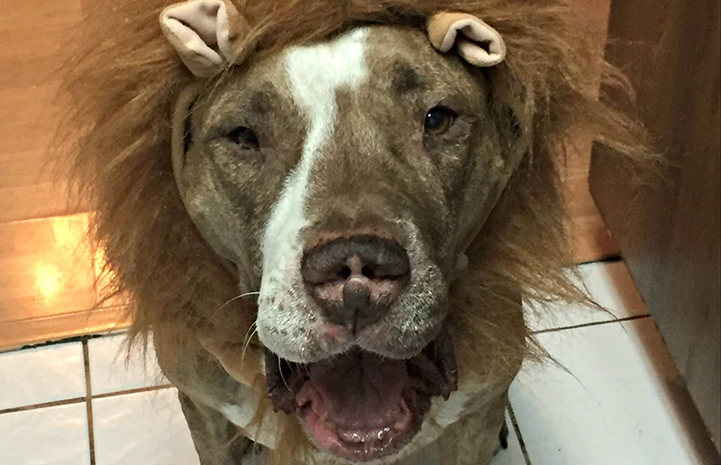 Photos by Lori Fusaro and by Qato Burkhardt