Looking around at her fellow high school students, 16-year-old Gianna Richason noticed a disheartening trend: They seemed to have lost hope for a future that they can positively influence. And since her generation will soon be leading the way in the world, that worried her.

Gianna knows that she and her peers have the power to change the world for the better. But she also knows that if young people are to use that power, they must first believe that their voices and actions matter, and that one person really can make a difference. So Gianna decided to prove this to them, with some help from people who have already made significant positive impact — people she calls “world changers.”

Gianna immediately got to work on her project of selecting 100 world changers and writing letters to them. How did she pick them?

“There was not an exact equation,” Gianna says. “I just searched for people who I believe are changing the world. If I got a feeling when I read what they were doing, they got a letter.”

Among those who received letters were Claire Mysko, CEO of the National Eating Disorder Association; Drew Dudley, founder of Day One Leadership in Canada (which helps individuals and organizations increase leadership capacity); Anna Gould, co-founder of Camp Sunshine (which provides a summer retreat for children with life-threatening illnesses and their families); and Julie Castle, CEO of Best Friends Animal Society.

As a coffee lover, Gianna made a simple request: Would each world changer take a few minutes to chat with her over a cup of coffee, either in person or on Facetime? The ambitious teen didn’t know if any of them would accept, but she was prepared to ask how they had made their impact, what had inspired them and what advice they had for others. Then, she would share the information in a blog, called “Grounds of Change,” so that other teenagers could be inspired just like she would be.

“My hope for 'Grounds of Change' is that teenagers, my peers, will see themselves somewhere in the stories of the 100 world changers I interview and be inspired to make a difference,” Gianna wrote. “I want the stories of these difference-makers to instill hope in my generation. I want teenagers to understand that everyone starts somewhere and that everyone can leave a positive mark on this world.” 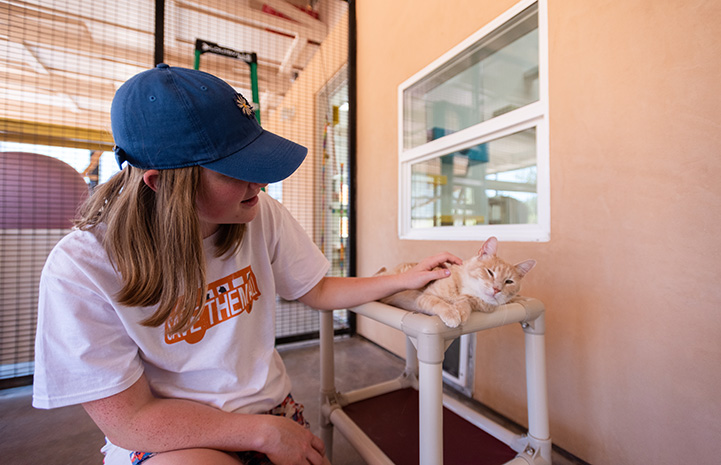 After mailing out her letters, Gianna waited as the responses began trickling in. She was ecstatic when she heard from Julie. “Julie’s response was so cool because attached (to the letter) was a plane ticket,” Gianna wrote. “She said yes, and invited me to do our interview in person all the way in Kanab, Utah, and visit Best Friends Animal Sanctuary.”

Now it was Gianna’s turn to say yes. She could barely contain her excitement when she and her mother, who live outside of Pittsburgh, Pennsylvania, boarded the plane and headed toward Best Friends.

Julie was just as excited about meeting Gianna. “Anyone who wants to inspire more people to make the world a better place is someone I want to meet,” she says. “And the fact that Gianna is so young gave me one of those moments when I felt undeniable hope for the future.”

Julie says she also felt it was important for Gianna to experience the magic of the Sanctuary for herself. “There are some things this place can say more clearly and more convincingly than I ever could. Here, among the animals, the possibilities feel infinite. Anything can happen. There’s no such thing as impossible.” 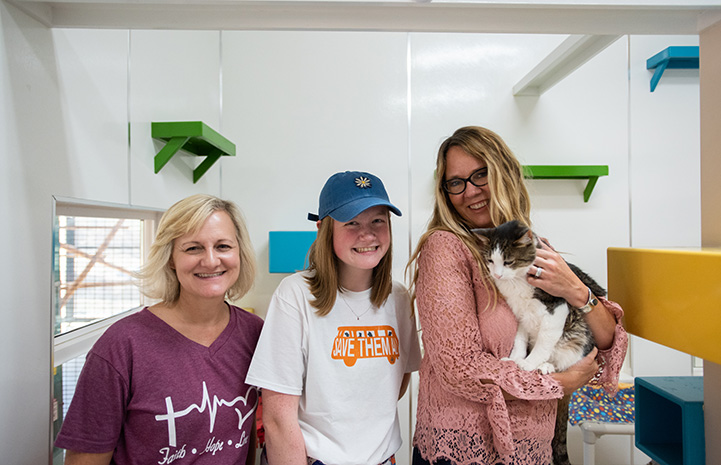 A message of hope from one world changer to another

That was exactly the message of hope that Gianna wanted to bring back to her peers. In Gianna’s blog post about her visit with Julie at the Sanctuary, she shared what she had learned and what others can learn from the Best Friends CEO:

“(Julie) mentioned to me that every day we should try to do something that scares us. She does, and she always has. Julie listens to her heart and runs with it. We can be like her and begin using fear as a reason rather than an excuse.

“There is something else that we can learn from Julie,” Gianna adds. “We can learn kindness will always win. If a group of people come together with a vision of doing something good, nothing will stop them. I think Best Friends Animal Society is the perfect example of this.”

We think people can also learn from Gianna’s example. By bringing hope and inspiration to a generation that seemed to have lost its power before ever claiming it, Gianna has become a world changer, too.

How you can change the world for dogs and cats 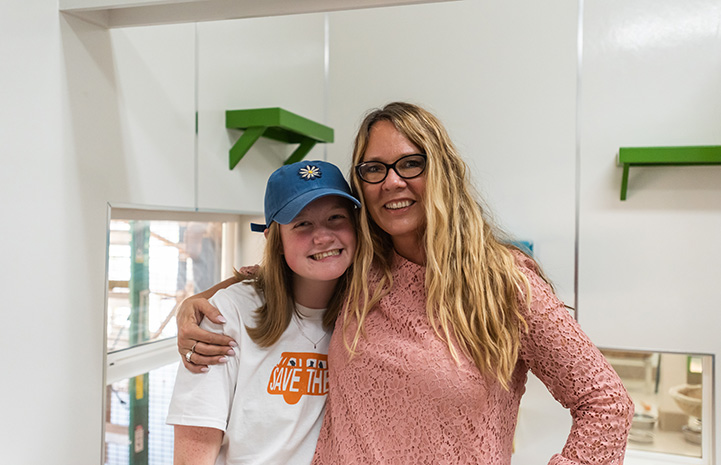