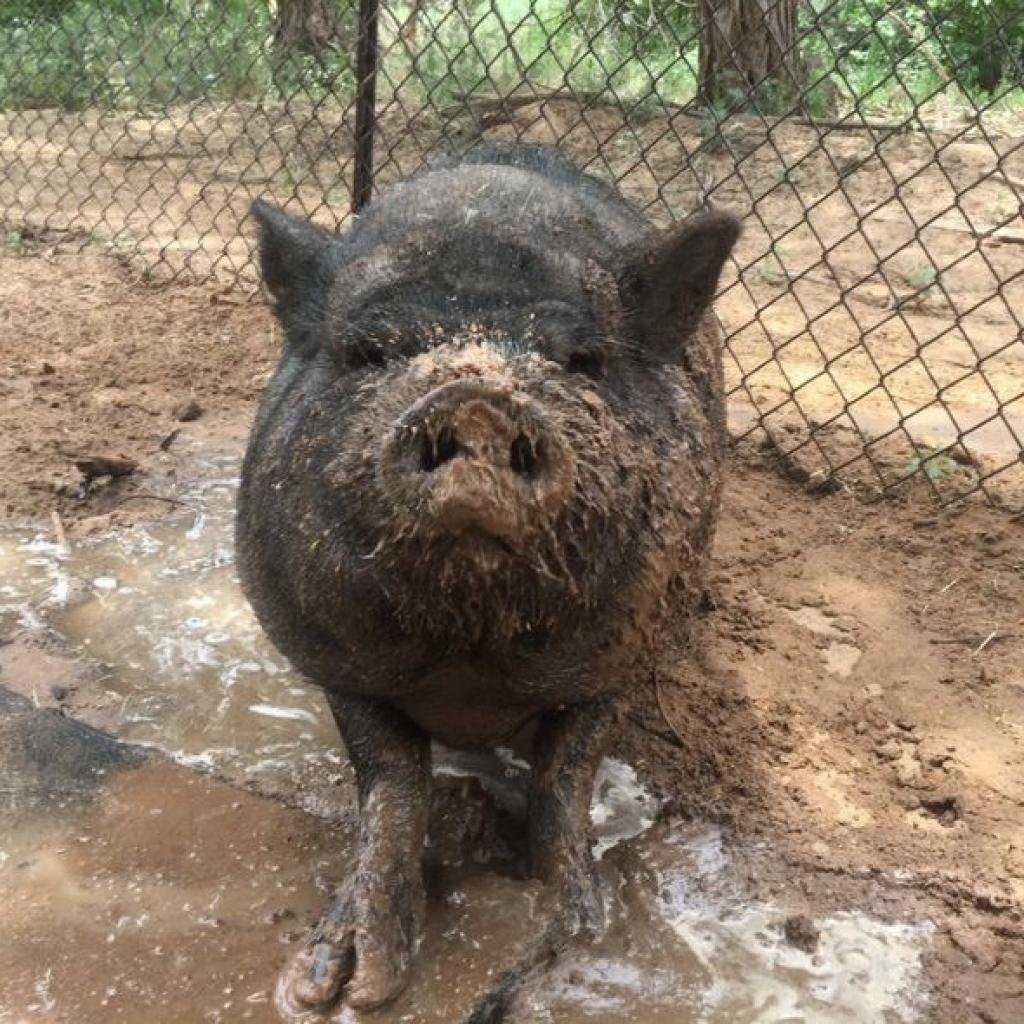 
Not ready to adopt? Help care for Kennedy with your donation
"Dashingly handsome, above-average smarts, with a happy disposition." If Kennedy could talk, this is how he would describe himself. In all honesty, it's pretty much the truth. Kennedy has the thickest, most beautiful coat of bristles you will ever see.Born February 2014, this stunning fella joined Best Friends April 2015. Found as a stray in northern Arizona, Kennedy is cute as a teddy bear, and confident with other pigs. He is as smart as a whip; he often plays in our Parelli natural horsemanship arena and is and clicker trained! Kennedy is looking for a home where he can bring one of his Sanctuary pig friends, or to join a family which already includes piggy companions.