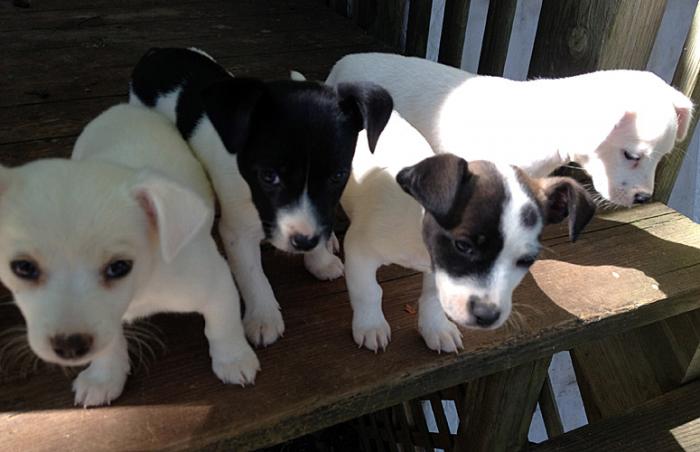 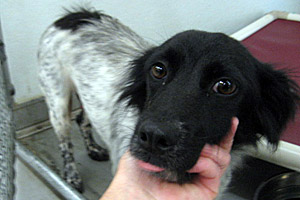 Maddie and her puppies were officially abandoned when her guardian went to jail. They were abandoned a second time when the local sheriff's office decided to leave them at the home over the weekend. When they were picked up and taken to the local animal control, it was evident that their guardian didn't provide much care for his fur kids. Maddie's story could have easily ended here, as it does for many abandoned and neglected animals who find their way to animal control facilities that don't have many resources. But Maddie and her pups wound up at an animal control facility that has its very own lifesaving hotline to Castaway Critters Pet Rescue.

Castaway Critters Pet Rescue in Blairsville, Georgia, has been transporting animals out of the South to receiving groups in the North for over 10 years.

"Our goal is to save as many lives as we can. We love to take animals off death row. We take the ones that won't make it out of the shelter alive - the heartworm-positive dogs, the seniors, the bottle baby puppies and kittens, the nursing mothers with their litters," shares Nancy Ede, secretary of the board.

And save they do - they pull from euthanasia lists from their surrounding area, so it was quite a wrench in the plans when their van broke down. As a No More Homeless Pets Network partner, Castaway Critters Pet Rescue was eligible to apply for grant funding for their project and was one of 14 recipients in the third cycle of 2012. Thanks to this Best Friends 2012 Lifesaving Grant in partnership with PetSmart Charities, Castaway Critters Pet Rescue was able to not miss a mile when the unexpected calamity occurred.

Saving a mother dog and her puppies

The grant enabled Maddie safe travels to Eleventh Hour Rescue, where the organization's committed volunteers had already posted her story to their website and Facebook page in order to get adopters lined up. They know what they're doing - Eleventh Hour Rescue had a record year in 2012 with 2,211 dog and cats placed! Their dedication to the mission works. 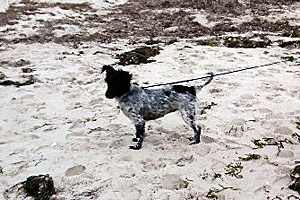 Maddie was quickly adopted and is now named Marilyn. The founder of Eleventh Hour Rescue, Linda Schiller, explains why they open their kennels, homes and hearts to the neediest of pets:

"It's not something we necessarily set out to do. There's no zip code for killing animals. We extend ourselves when we can. When we get an email from a volunteer who is so desperate to save an animal, an animal they've spent time with every day, and they can't take that animal, but they can be an advocate for that animal, we know if we take that pet we're not just saving that animal but giving that person some hope and in turn opening up space for another animal. We're lucky that we don't have to kill any animals because we have the luxury of time to find each one their perfect forever home." 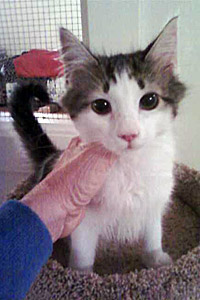 Robyn Santor, canine supervisor at the Humane Society of Chittenden County, explains why they want to help save animals from other areas: "Our transport program aims to assist animals in other regions of the United States, and beyond, whenever our resources and available space allows. Though our shelter's immediate mission is to serve our local community, we also feel it is crucial for us to be aware of the role our shelter can play in the larger picture of animal welfare. The knowledge that so many adoptable animals are euthanized every day in America for lack of adoptive homes and space motivates us to do whatever we can to support change and to save the lives of more animals."

Grant to save more animals

Robin says that one of the reasons Castaway Critters Pet Rescue was able to get the grant they needed so quickly was because of their ongoing relationship with shelters: "The shelters they pull from are high-kill. They work within their means, but they're always looking at ways to do more for the animals."

She sums up by saying, "The No More Homeless Pets Network helps to identify where there is help and where there are needs and connects them to help build no-kill communities across the country." The Network even has grant money available to help make the physical connection possible.

Consider making a gift to save the lives of pets in need.