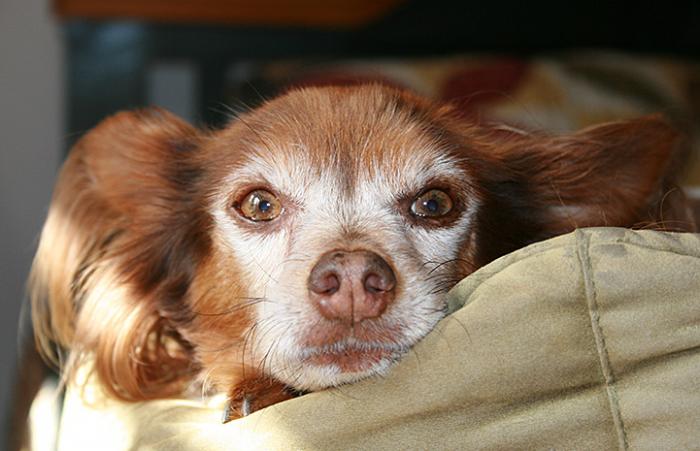 Happy adoption updates are what keep people in animal welfare going, even on the most challenging days. But it’s not every day we get an update on a dog adopted more than a decade ago. Recently, Carolyn Beazer brought her dog CiCi to the Best Friends NKUT Super Adoption, to reconnect with the organization that brought the two of them together 14 years ago. 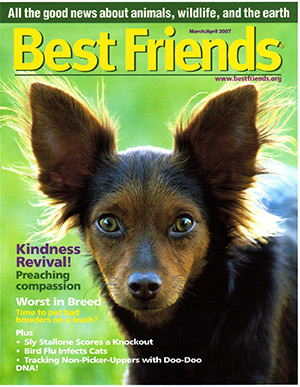 In  fact, longtime readers of Best Friends magazine might recognize CiCi from her photo on the cover back in 2007. But what we didn’t know was how CiCi ended up helping Carolyn in ways she couldn’t have imagined on the day they first met.

From a hoarder to a loving home

Way back in 2003, Carolyn and her husband, David, headed out for what was supposed to be a routine shopping trip to the mall. But when they arrived, they heard a sound that’s music to a dog lover’s ears — barking. They decided to follow the barking, which led them to a Best Friends adoption event being held at the mall that day.

Vowing only to stop and visit with a dog or two before moving on with their day, they were about to do just that when they spotted a little dog curled up in the back of her kennel. She was a Chihuahua mix, as best as anyone could tell, and she’d been rescued from a terrible hoarding case, where she was one of more than 100 dogs living in overcrowded conditions.

The little dog was still quite scared of the world around her, which was understandable, considering that she hadn’t had a very good life before being rescued. The more the Beazers learned about her, the more they fell for her. That’s how they ended up going home from the mall that day with everything on their shopping list, plus a new dog, who they named CiCi.

What they couldn’t have known that day, though, was that one day CiCi would play a big role in helping Carolyn stay healthy and upbeat as she navigates a scary disease.

Adopter with multiple sclerosis helps dog find strength, and gets it in return

CiCi’s healing journey had already begun when she met Carolyn and David, but Carolyn’s had only just begun. Earlier that year, Carolyn had been diagnosed with multiple sclerosis, and she knew there would be some difficult days up ahead.

David thought CiCi would be a good companion for Carolyn, to help her manage anxiety and fear, and to keep her active, and Carolyn agreed.

“I saw this frail little dog and I knew that she needed me,” says Carolyn. “But I needed her, too.” Still, it would take time before CiCi would feel completely comfortable in her new home. 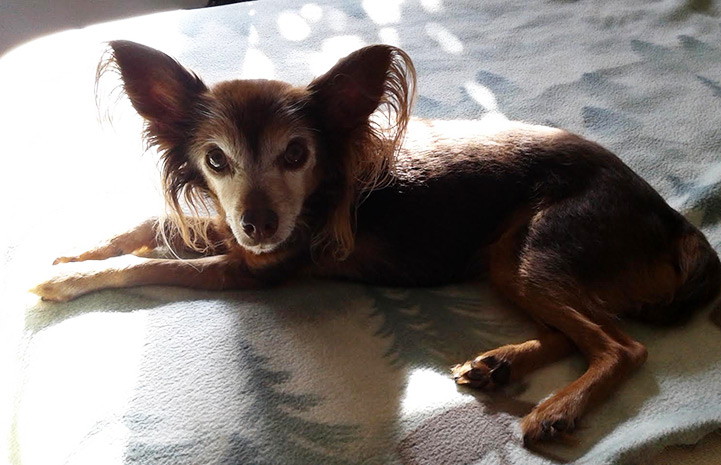 A little dog learns about life in a home

Because CiCi had spent the beginning of her life in a hoarding environment, she lacked even basic skills like how to walk on a leash. And she was very wary of people.

In fact, when she first arrived at her new home, she was so afraid she wouldn’t eat. To help CiCi relax, Carolyn and David stayed patient and let her explore her new home in her own time. Slowly, CiCi started to learn that she was in a safe place and that she could trust those around her. And when she began to eat, Carolyn knew they had turned an important corner.

“She’s taught me about the importance of love and patience,” says Carolyn. “And all the patience we had to exercise with her in the early days paid off. She’s a happy dog now.”

Helping CiCi gain confidence and learn new skills also gave Carolyn the stamina she needed to face multiple sclerosis. By focusing on CiCi’s needs, she could take her mind off her diagnosis, and the bond she formed with CiCi helped comfort her during the rough times. When Carolyn had surgery, CiCi stayed at her bedside while she recovered.

“She helped me put things in perspective,” Carolyn says. “CiCi overcame so much as a puppy, and knowing that gave me encouragement.” 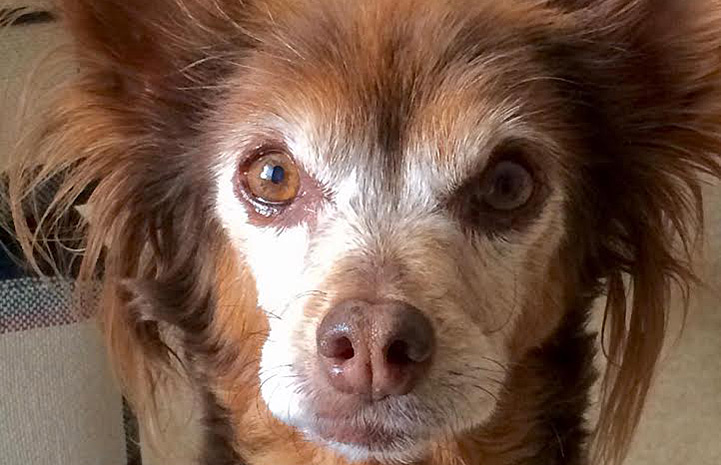 It has been nearly 15 years since Carolyn and David returned home from the mall with CiCi. Since then, the little dog has learned how to take up the most room on the couch, even though she only weighs about 13 pounds.

Today, CiCi’s copper-colored coat is streaked with gray, and she moves a little slower. Now the same love and patience that was needed to help CiCi adjust to her new home is coming into play again, as Carolyn helps CiCi adjust to the health challenges of life as a senior dog.

“CiCi has been a wonderful best friend over the years,” says Carolyn. “She makes us laugh nearly every day with her bouts of pure goofiness. I'm so glad we found her when we did.”

Help save dogs like CiCi. Give to Best Friends. 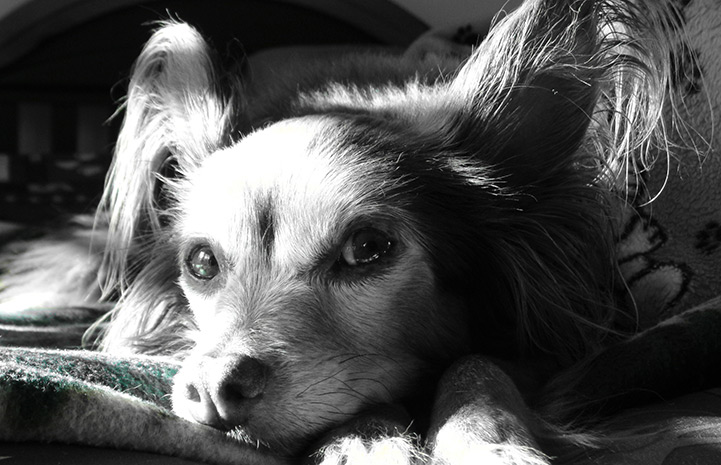