Falling in love and letting go: Why fostering pets is so rewarding

As director of the documentary The Champions and producer of “Dogtown” on National Geographic, Darcy Dennett has spent countless months at Best Friends Animal Sanctuary in Kanab, Utah. Because it’s a place she knows and loves, she considered her recent assignment at Best Friends a dream job. She’d been hired by National Geographic Wild as one of the producers of “Animal ER Live.” The Best Friends Animal Clinic was one of the locations included in the show, so Darcy packed her bags and headed back to beautiful southern Utah.

Darcy travels a lot, but this time she would be leaving her family for nearly two months, and it can get lonely on the road. Since her hotel in Kanab allowed pets, she hatched a plan: She would foster a cat while she was there.

That cat was Coraline. She’s a senior kitty who came to the Sanctuary for help with behavior challenges due to chronic pain caused by being declawed. At the Sanctuary, Coraline gets medical treatment to relieve her pain and she has everything she needs to be comfortable and content. But her caregivers thought she would enjoy some special attention. That’s where Darcy came in. 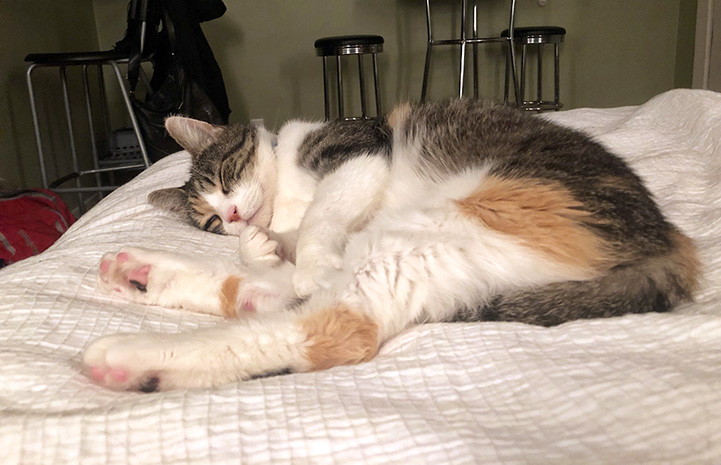 When the staff at Cat World introduced me to Coraline, she immediately caught my eye. She has giant gold eyes and beautiful markings. Something about her also suggested she would appreciate life as a “TV producer cat,” back at the hotel.

This was my first time fostering, and while I know it can be an emotional experience, I was surprised to find myself so emotional I could hardly speak. I was happy to be giving Coraline the gift of a short vacation and to learn what she would be like in a home, which will help potential adopters.

Staff members loaded up my car with everything I could possibly need to care for Coraline: Cat food and bowls, litter, fleece and a large crate so I could tuck her safely away when the cleaning person came each week. They even gave me a few toys, just in case, even though no one had ever seen Coraline play.

Once I got her to the hotel room, I soon discovered that (just like many television producers) Coraline had a discerning palate. I quickly learned she loved strong-smelling foods, and I figured the fastest way to this cat’s heart was through her stomach, so I was ready and willing to provide plenty of delicious cat treats.

Coraline likes sitting in the sunshine of an open window and watching the world go by with a nice cool breeze. She seems to enjoy solitude, but was happy to see me whenever I came home and never missed an opportunity to greet me at the door. It didn’t take long for her to trust me enough to climb up onto my chest while I was lying down watching Netflix on my laptop before bed. She loves being petted on the head and under the chin and sleeping on the pillow next to me on a fleece blanket. She is also OK with being combed very gently.

Over the coming weeks, I uncovered her secret love of catnip and toys. She was obsessed with a little bell that I’d removed from her collar. From time to time she would take great delight in chasing balls around the room.

She’s a quiet, reserved, peaceful little girl who was unwinding slowly, over time. With patience, I was eventually rewarded with loud purring.

It’s been a long journey for Coraline and it’s impossible not to feel sympathy for her. She is surely much more comfortable now than she ever has been after the botched declaw surgery, but she still gets meds twice a day and can be protective and defensive with handling. She doesn't always allow herself to be petted on the lower back and doesn’t like her feet handled. I also learned that some declawed cats resort to biting more quickly, probably because their main defense (their front claws) has been removed.

Despite what she’s been through, Coraline can walk, jump and play. I’m sure that with time and patience in the right home, she will grow even more sweet and trusting and continue to blossom even more. 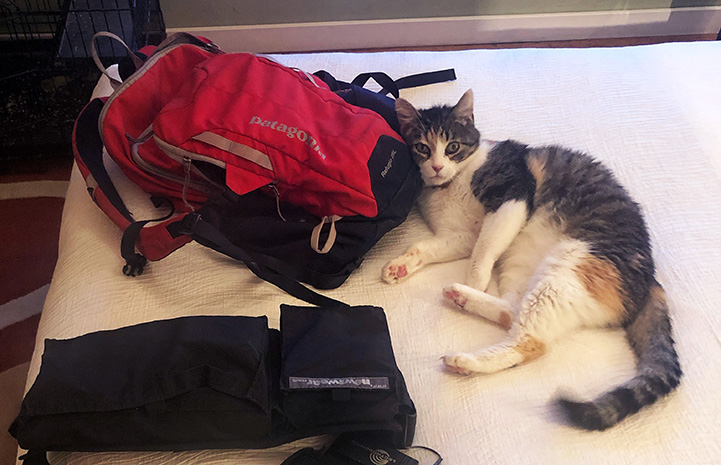 Falling in love and letting go

I fostered Coraline for only a few short weeks, but I fell in love. I considered taking her home with me, but I already have a senior dog and a cat with special needs, and they both require extra care. My cat was displeased when we adopted a new kitten recently and would probably pack her bags and leave home if we brought home yet another cat. Not to mention, four animals in an 800-square-foot New York City apartment would be way too much for us.

When I was getting ready to go home, I took comfort in the fact that I was taking Coraline back to a great place — the Sanctuary. In the few short weeks she and I had together, it was so wonderful to see her slowly relax and unfold. I would have really loved to see what her personality was like with a few more months to shine. She’s such a sweet kitty, and I know she will thrive in a quiet and peaceful home. For the right person, Coraline will be the perfect companion. 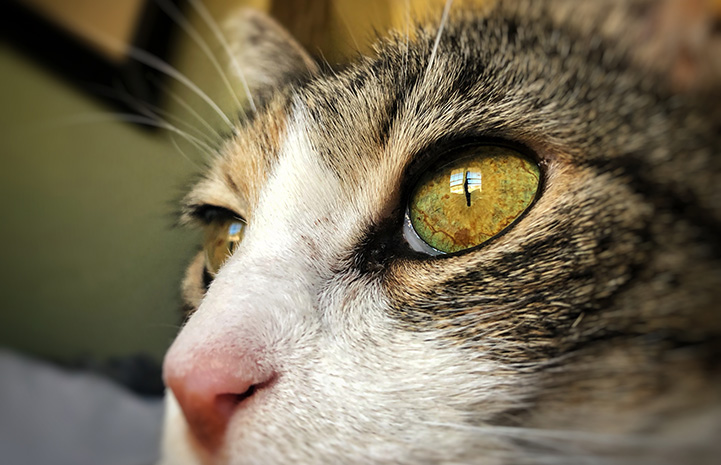