Puppy preschool to the rescue

Image
How do you discourage puppy biting? That was one of the biggest rude behavior problems with Rubiks the pup, though he had others too. Training helped.
By Christelle L. Del Prete

Most new puppies are friendly, playful and snuggly pals who bring people joy with their antics. Of course, it takes quite a bit of work to raise a puppy. People must be diligent about correcting rude puppy behavior while teaching them how to live in a human’s world while they are growing up to be adult dogs.

While that’s to be expected, a family with a dog named Rubiks got a little more than normal puppy behavior challenges when they brought home their adorable bundle of joy. Here was a pup who needed expert help for some unexpected puppy problems if he would have any chance at being a happy, well-adjusted family member and companion.

Though there is nothing physically wrong with Rubiks, he sees the world a little differently than most puppies. Because he tends to get anxious, especially in new situations, he often responds in ways that people might not expect or want.

From the time he was around two months old, Rubiks was very unsure of the world around him, and he would lash out by snapping and growling at anyone he didn't know. He didn’t like to be picked up, so he would bite at people’s hands whenever they tried to hold him or lift him up. No matter how much his family would try to discourage puppy biting, sometimes Rubiks would react badly whenever someone reached out to pet him.

Rubiks’ people, who didn’t know how to help him, were worried that if he continued down the path he was on, the challenges would only keep mounting. That could make for a very difficult life for Rubiks, once he reached adulthood. So, his people reached out to rescue organizations for help, and soon Rubiks was on his way to Best Friends. 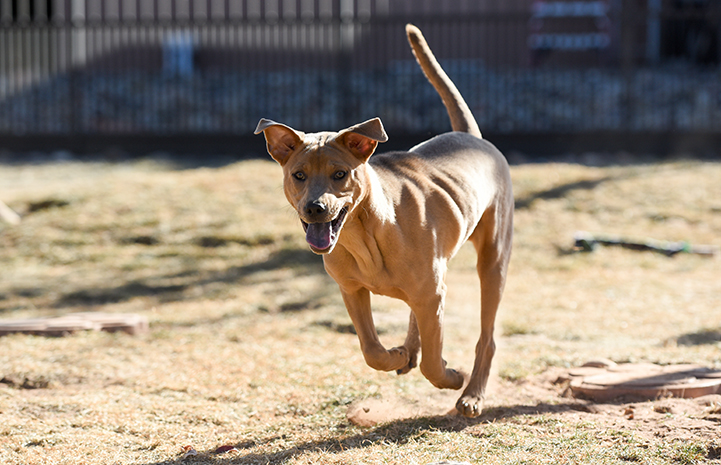 Socialization for an anxious pup

When Rubiks arrived at puppy preschool, the area of Dogtown just for puppies, the trainers and caregivers put him in a structured routine and got right to work on his challenges. The goal was to build a relationship with the anxious pup and help him gain the confidence to succeed in the world.

As Rubiks slowly began to know and trust his caregivers, he started learning that human hands weren’t going to hurt him and that being petted (and eventually picked up) was OK. First, Rubiks would get treats for letting people touch the sides of his body. Then as he got used to that, he would get rewarded for letting them hold his sides a little more firmly as if they were going to lift him. Finally, he let them lift him off the ground and into their arms. By the time that happened, Rubiks was OK with it, and he had begun to enjoy being snuggled. 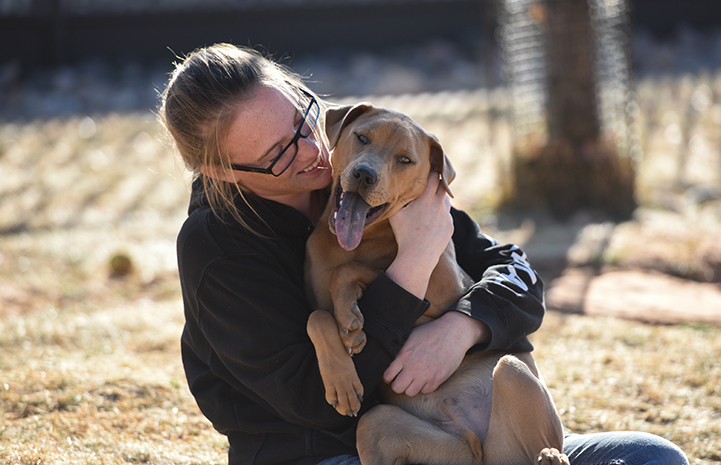 Rubiks was also picking up some training cues and tricks, and starting to interact with other puppies. As he grew a little, he also met some other gentle adult dogs who helped him learn how to play appropriately, without going over the top.

Once he learned to walk on a leash, Rubiks started venturing out on outings to the Best Friends Welcome Center and Dogtown headquarters, where he could meet and socialize with lots of Sanctuary visitors and volunteers, and on walks with puppy preschool volunteers. 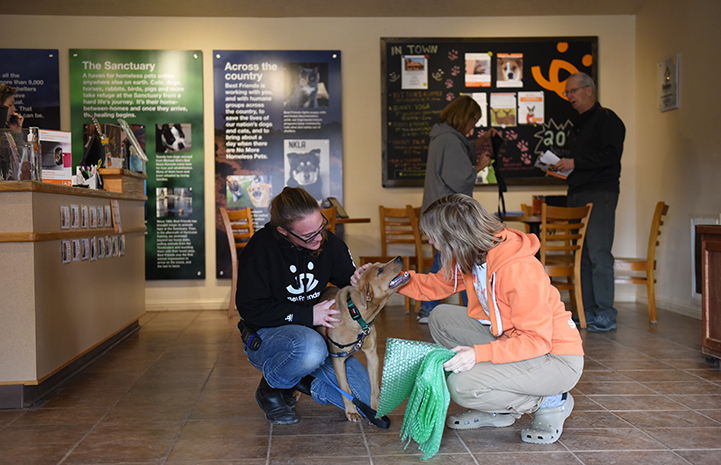 Although Rubiks would sometimes bark at strangers from a distance, once he met them in person he was all wiggles and tail wags. “Rubiks still had his moments,” says Dogtown behavior consultant Glenn Pierce. “But by and large he was doing amazingly well.” 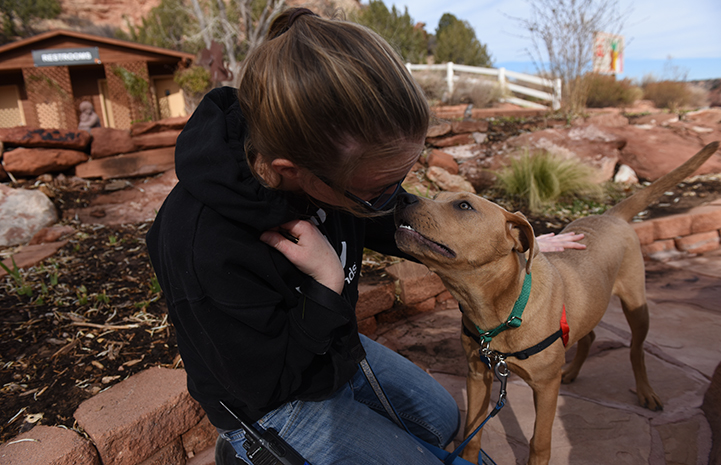 When Rubiks was six months old, he moved out of puppy preschool and into a room with another young dog named Lago, who is a few months older than Rubiks and had been working to overcome his own jumpy, mouthy challenges with people. Like Rubiks, Lago had made a lot of progress at the Sanctuary. The two hit it off and became fast friends. Each dog seemed to give the other a little boost of confidence. Rubiks, for example, often felt better about meeting new people when Lago was there.

That’s why when Rubiks met some people who were interested in possibly adopting him, his friend came along. What happened next was possibly the happiest ending Rubiks could ever get. He not only got to go to his own home, but his friend Lago also went with him.

Though no one can deny that the happy duo is a handful, their new people are up to the challenge. And what Rubiks and Lago learned in Dogtown will make them much better friends and companions, and a lot more likely to find happiness in their new home. 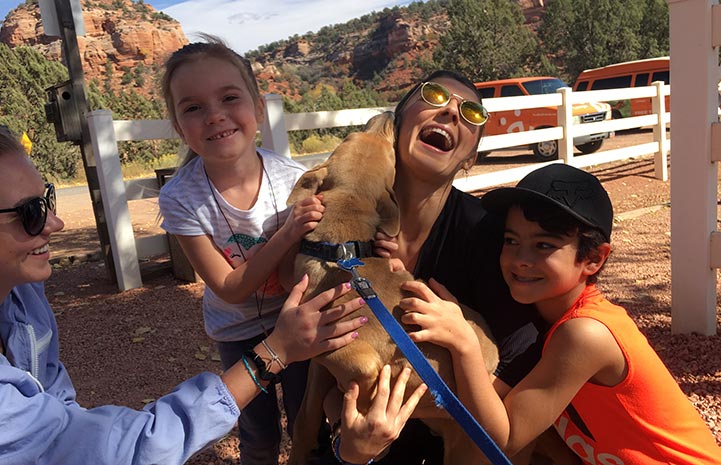 Photos by Molly Wald and courtesy of Glenn Pierce