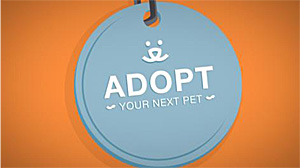 ​KANAB, Utah (June 23, 2014) - While large cities like Los Angeles and Chicago have made major strides recently by banning pet stores from selling animals bred at commercial breeding facilities, also known as "puppy mills," many Americans remain unaware of the problem.

A survey released today by Best Friends Animal Society reveals that more than two in five Americans (43 percent) still don't know that virtually all pet stores obtain their dogs from puppy mills, which tend to operate with an emphasis on profits, rather than animal welfare. This lack of awareness could be why nearly one in five (17 percent) still choose to purchase a dog at a local pet store, rather than adopt from a shelter or rescue organization.

Today Best Friends launched a public service announcement that illustrates how pet stores perpetuate the cruelty of puppy mills. An estimated 10,000 puppy mills exist in the United States, where approximately 167,000 adult dogs are kept exclusively for breeding purposes. These dogs spend their lives in cages -- rarely getting physical exercise, mental stimulation or human attention -- and churn out more than two million puppies each year. To make the tragedy of puppy mills even worse, 9,000 healthy, adoptable pets are killed in shelters across the country every day simply because they do not have a safe place to call home. By choosing to adopt from shelters rather than buy from pet shops, Americans can take a stand against puppy mills and help bring those numbers down to zero.

"For every commercially bred puppy purchased in a store, another shelter pet waits to find his or her family," said Elizabeth Oreck, the national manager of puppy mills initiatives at Best Friends. "If Americans want to break the puppy mill cycle and save lives, they need to stop buying puppies from pet stores and start adopting from shelters and rescue groups." 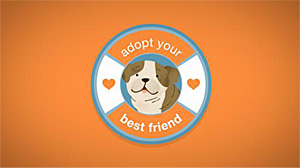 Americans who have heard of puppy mills do not have positive associations. The top two associations with puppy mills are "animal cruelty" (55 percent) and "breeding facilities" (52 percent), while "pet stores" are associated third at 31 percent. Despite the negative connotations of puppy mills, millions of Americans continue to purchase from pet stores instead of adopting their pets.

View the PSA here to learn more about how you can help Save Them All by opting to adopt instead of buying commercially bred animals.

Best Friends Animal Society® is a national animal welfare organization focused on ending the killing of dogs and cats in America's shelters. An authority and leader in the no-kill movement, Best Friends runs the nation's largest no-kill sanctuary for companion animals, as well as lifesaving programs in partnership with rescue groups and shelters across the country. Since its founding in 1984, Best Friends has helped reduce the number of animals killed in shelters nationwide from 17 million per year to about 4 million. Best Friends has the knowledge, technical expertise and on-the-ground network to end the killing and Save Them All®.

Best Friends Animal Society, in partnership with Ketchum Global Research & Analytics and Braun Research, conducted a phone survey of 1,007 adults 18 and older in the U.S. The survey was fielded August 9, 2013 through August 16, 2013. Results are reported at the 95 percent confidence level, and have a margin of error of +/-3.1%. Data have been weighted to adjust for variation in the sample relating to geographic region, sex, race, Hispanic origin, marital status, age, education and the number of adults in the household. The statistical weights were designed and applied from the United States Census Bureau statistics. Oversamples were surveyed in Los Angeles (202 respondents), New York City (202 respondents) and Salt Lake City (201 respondents).