Image
Dog has a neurological condition and a paralyzed tongue that make eating challenging. Caregivers have created a special restaurant just for him.
By Christelle L. Del Prete

Wookie has giant bat-like ears, big brown soulful eyes, and the most adorable brindle stripes on his forehead, but this isn’t what most people first notice about him. It’s usually his tongue, which flops out of the side of his mouth all the time, or it might be the way he bobs his head as though there’s a concert only he can hear.

While most people notice what makes Wookie a bit different, what matters most to him is that he gets so much love and attention from everyone he meets. After all, that’s much more important than what you look like anyway. The sweet five-year-old dog has faced some challenges in his life, but it’s nothing a bit of extra care can’t help. Some creative caregivers and willing, helpful volunteers are all that it takes. And Best Friends has those in spades.

Dog with neurological condition gets help

No one knows exactly what caused Wookie’s neurological condition. It may be the result of an old injury, or he may have had distemper as a puppy. Whatever the reason, when Wookie arrived at an animal shelter in Arizona, the effects of his condition were already part of his life.

Wookie was eventually brought to Dogtown at Best Friends, where caregivers got to know him and found that he can do the same things other healthy, active dogs can do. He spends hours wrestling with his doggie roommates, goes for walks and hangs out with volunteers. And everyone who meets Wookie agrees that he’s one of the sweetest dogs you could ever meet.

As it turned out, he needed help in just one area: eating. Mealtimes brought special challenges ― twice a day, every day — and that’s where a bit of creativity has helped Wookie thrive.

Because of his paralyzed tongue, Wookie can’t eat like other dogs. While most dogs find mealtimes exciting, fun and, above all, yummy, Wookie needs a little extra help to enjoy the simple pleasure of eating a good meal. 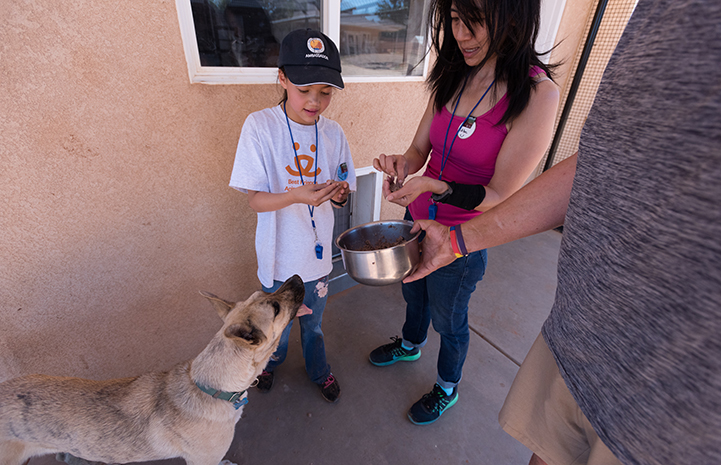 Feeding a dog with a paralyzed tongue

Dogtown caregivers came up with a fun routine to make mealtimes easier for him. First, they make him a special, soft stew by mixing wet food, water and blended dry food. Then, because eating can be messy business when your tongue just won’t cooperate, they take him to an outdoor area they call “Wookie’s bistro.” It’s a quiet area outside of his building where they place his bowl on an elevated riser. 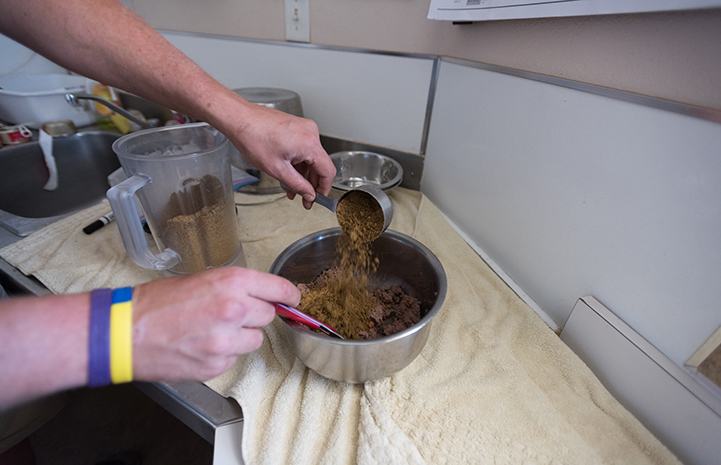 The elevated bowls help Wookie reach his food more easily, and caregivers or volunteers sit with him while he eats. Wookie is smart and knows just what to do. With each bite, he raises his head up from the bowl and tilts it back to help the food go down more smoothly. When the bowl is empty, Wookie gets a sponge bath to clean him up. 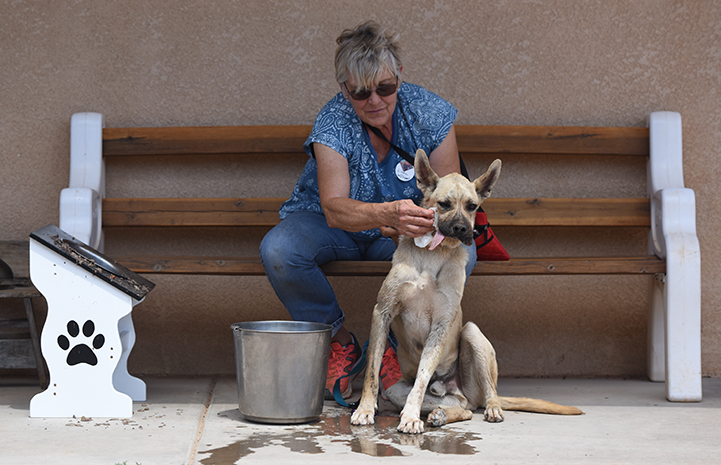 It’s a favorite job for volunteers to help out at Wookie’s bistro. But recently, there’s been a change: Wookie’s bistro is no longer located in Dogtown. That’s because he was adopted.

A vet tech fell in love with him after noticing him on social media, and he was soon on his way to a new home. He now shares a home with a pug named Noodle, whose tongue happens to hang out a little, too. 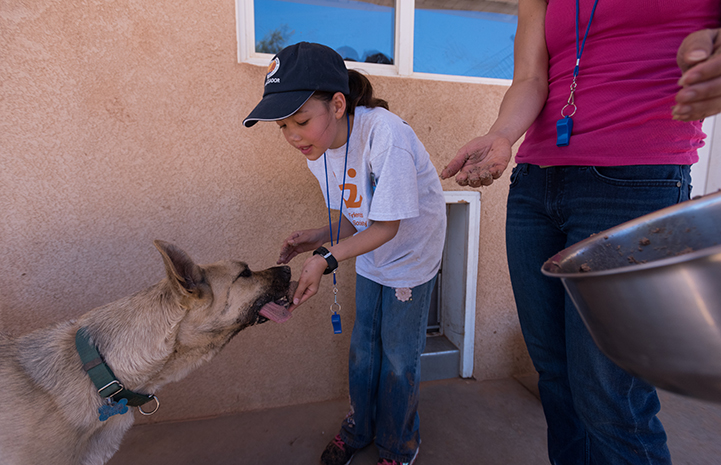