How a stable routine makes this dog so happy

Image
Difficult dog begins to thrive with a daily routine that provides structure, consistency and safety, plus lots of play and fun time. Read more.
By Christelle L. Del Prete 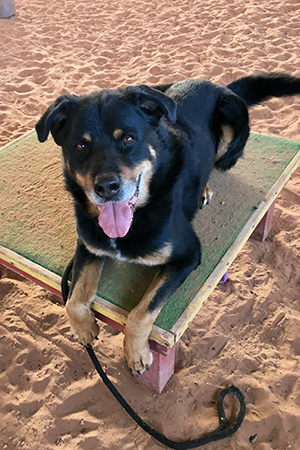 Many of the dogs at Best Friends Animal Sanctuary are scooped up very quickly by adopters and live happily ever after in their new homes. But not every dog is ready to venture out into the world right away. Some need a more long-term place to land while they get help with physical or behavioral challenges. For these dogs, the Sanctuary is home sweet home for whatever length of time they are here — whether that’s a few extra months or a lifetime.

Heismann is a dog who found his niche at Sanctuary and thrives here. Although his success at Dogtown doesn’t necessarily rule out finding a person or family of his own, Sanctuary life (which gives every dog structure, consistency, a safe, stable routine, along with plenty of fun and TLC) fits him perfectly. It’s also helping him work through some of the challenges that have held him back in the past.

Tender moments with a tough dog

Heismann came to Best Friends from a shelter in L.A. He was eight years old when he arrived last year with a bit of a reputation. That’s because his friendship isn’t easily given. It takes a good amount of time and effort to get “in” with him. Once he trusts and accepts someone, Heismann feels that it’s his job to protect that person, and because of this, his circle of friends is small. But the friendships Heismann has are solid.

“He has a wonderful nature once you get past his tough exterior,” says Dogtown caregiver Cristina Martinez. “When Heisman has a solid relationship with a person, he turns into a teddy bear. He and I have a ritual where I ask him to go to his place (bed) after he eats in the morning, and then we enjoy some snuggle time. He throws his arms right over my shoulders and hugs me.”

Tender moments like these are built into the handsome dog’s daily schedule, and he looks forward to them.

Heismann’s days are full of other things he loves. He’s always excited to go on golf cart rides — especially when the destination is Tara’s run, Dogtown’s indoor training and agility building. That’s where he loves jumping in the ball pit and climbing on the agility equipment. He’s a big fan of the outdoors, as well, so he spends lots of time soaking up the southern Utah sun. 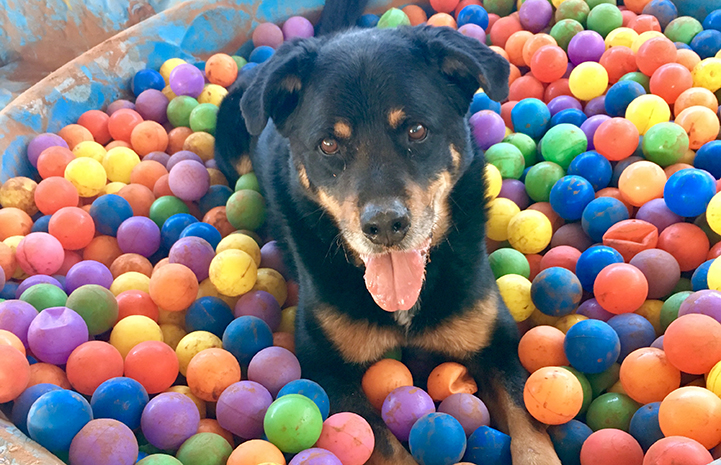 Heismann also likes to ham it up when it comes to his toys. When he’s carrying around one of his favorite stuffed toys (a croissant, a pineapple or a football) he looks adorably goofy. “Heismann is so happy here, and he never has a bad day,” Cristina says. But as happy as he’s been at the Sanctuary, his caregivers knew there was one thing that could make his life even better — more friends.

“The more people Heismann can learn to trust, the better,” says Alaina Muinzer, who’s been getting to know him over the past few months. “Once (a dog like Heismann)s starts meeting some people well, he can meet other people. He’ll get used to it, and it will become easier.” Lately, Heismann’s bond with Alaina has been deepening. 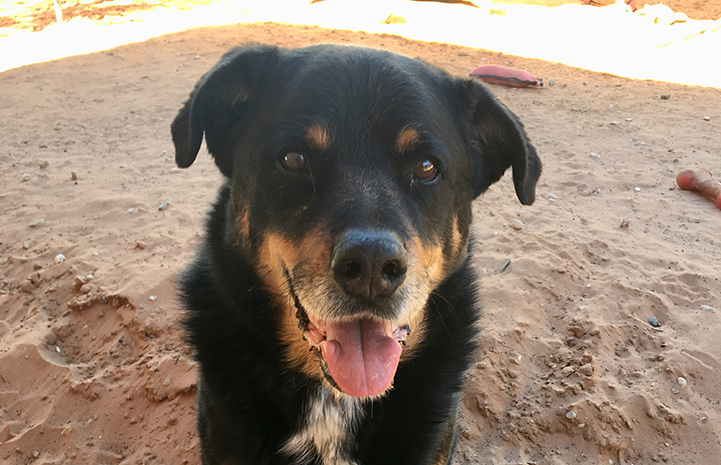 Building a relationship with a standoffish dog

Getting in with Heismann is a carefully-managed process that began with Alaina visiting from outside of his fenced yard. At first, she just visited very briefly and tossed him treats through his fence. Soon, she was practicing training cues with him, asking him to sit or lie down for a treat.

After regular visits, Heismann began to jump up and down and bark excitedly when he saw Alaina walking toward his gate. He’d also do a perfectly timed routine of sits and downs when asked. Even though he tends to dance around in excitement, Heismann could stay in a “down” position for about half a minute before Alaina tossed him a treat. To end the visit on a good note, Alaina tosses him a fun toy (such as a squeaky plastic cheeseburger) before she leaves.

Why muzzle train a dog? 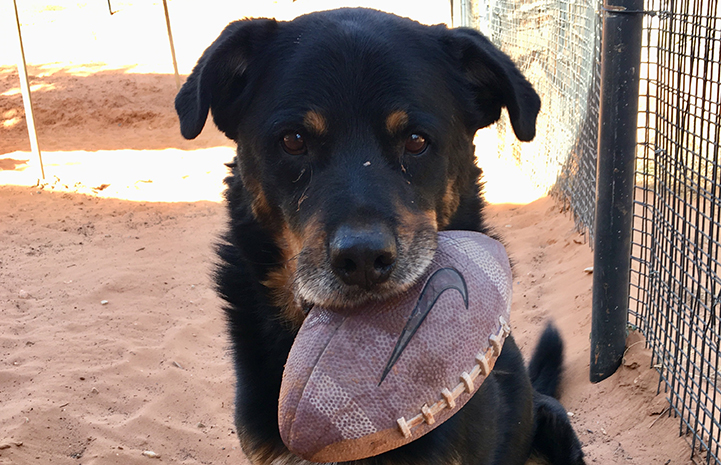 Next steps for a wary dog 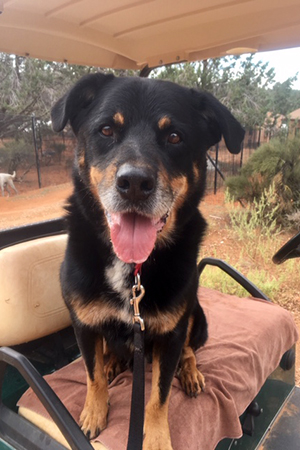 Recently, Alaina and Heismann went on their first walk together. One of his trusted caregivers leashed him up, and since he’s been trained to wear a muzzle, he wore one during the walk. Heismann did great with his new friend — up to that point someone he’d only known through his fence. If things continue to go well, Alaina and Heismann will eventually be able to leash up and walk side-by-side without a muzzle. And their friendship will make it easier for him to make other friends.

Since Heismann arrived at the Sanctuary, he’s already become calmer and more accepting of people. “He can lie in the sand in his yard and enjoy being petted by people he knows,” Cristina says. “He’s a really special dog."

Chances are, Heismann will never be a dog who’s easy to get to know. But it will become easier for him to grow his circle of friends, and that means more opportunities than ever before for fun and affection.