Man honors his pit bull who passed away by adopting another sweet pit bull who reminds him of his beloved dog.
By Nicole Hamilton

When you love one pet, your capacity to love another only expands. That’s what a dog named Tazz has been reminding Vincent, her adopter, since the day he walked into the Best Friends Lifesaving Center in New York City looking to adopt after his larger-than-life dog, Megatron, passed away. Nothing could replace Megatron. Vincent knew that, but he missed having a dog to explore the big city with, so he started visiting dogs at Best Friends, where he first met Megatron, with the hope that he could make a special connection again. 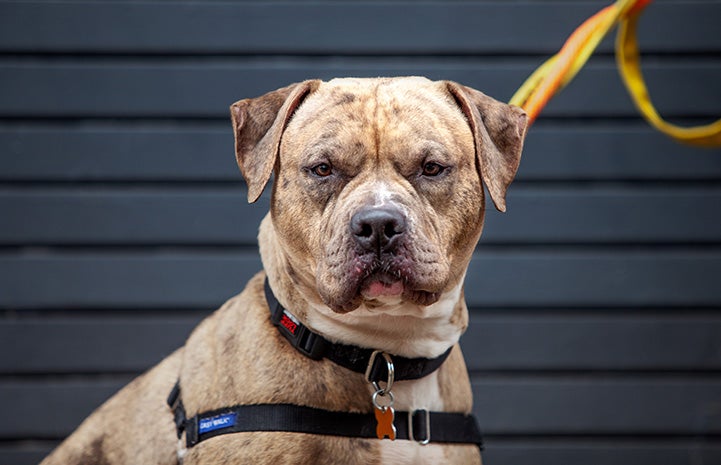 The right place at the right time

Finding the right dog to adopt can take time, and Vincent wasn’t in a hurry. It took a few visits before he saw a big, brindle-coated dog named Tazz. He loved the way she sat patiently in her kennel and how the staff raved about her always easygoing temperament.

“She was very sweet,” says Diana Vogel, adoption specialist at the center. That sweetness, coupled with her gorgeous brindle coat and adorable smushy face, made Susan confident Tazz would quickly find a home.

Tazz, like most of the dogs at the center, came from Animal Care Centers of NYC, had only been at the center for six days when Vincent met her. And he wasn’t the only one interested in her. “There was a crowd around,” says Vincent. “I walked in at the right time.”

He adopted Tazz that day and brought her back to the home he had shared with Megatron, hoping she’d settle in like he did.

“It was beautiful to see Tazz go to a home where she could help someone heal,” says Diana. “Nobody could truly replace Megatron, but Tazz won Vincent’s heart.”

A younger version of an older dog

One of the first things Vincent noticed about Tazz as she settled into her new home was her unbridled enthusiasm for everyone she met. “She’s like a puppy version of Megatron,” says Vincent. “It’s night and day as far as energy goes.”

Despite all that energy, however, Tazz is also very well-behaved. And while she’s much more active than Megatron, something about Tazz reminds Vincent of him. “They definitely have the same vibe,” he says. 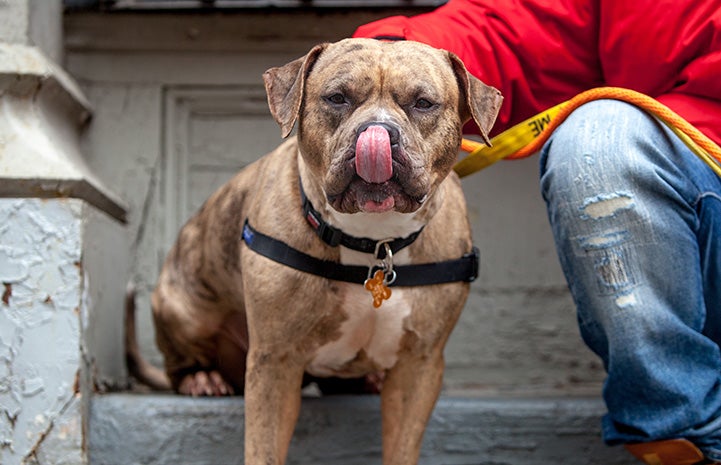 A diva at dinner

It’s been a few months since Tazz became a member of Vincent’s family, which includes his partner, Ryanray, and their dog, Cali. Today, you can find her anywhere Vincent and Ryanray are. She loves attention, and when she doesn’t get it, she’ll give them a gentle nudge with her nose.

“People have such misperceptions about pit bulls, especially if they haven’t spent time with them,” says Vincent, who sometimes sees people put some distance between themselves and Tazz when they’re on walks. “Tazz is the biggest baby. She’s calm and gentle and just melts when you give her lots of love.”

Like Megatron, Tazz has her share of admirers, too. Sometimes people will stop Vincent and Tazz on the street so they can meet her — something Vincent got used to when he took Megatron out and about.

Tazz can also be a bit of a diva at dinnertime. But Vincent doesn’t mind. In fact, he cooks all of her meals, just like he did for Megatron. The difference is that Megatron ate out of his dog bowl, and Tazz prefers a platter.

“She has to eat off a big glass serving plate,” says Vincent, who sometimes feeds her with a tablespoon. “And she always gets a meat, vegetable and a grain. No preservatives.”

An angel who’s made it better

Vincent and Ryanray are looking forward to their upcoming road trip out west with Tazz, where she’ll have a lot more room to roam than she does in New York City. But wherever they go, Megatron is with them, too. Tazz is upholding Megatron’s legacy, while also creating her own.

“She’s our little angel,” says Vincent. “We’re just so blessed to have her in our lives. Losing Megatron was hard, but she’s helped make it better.” 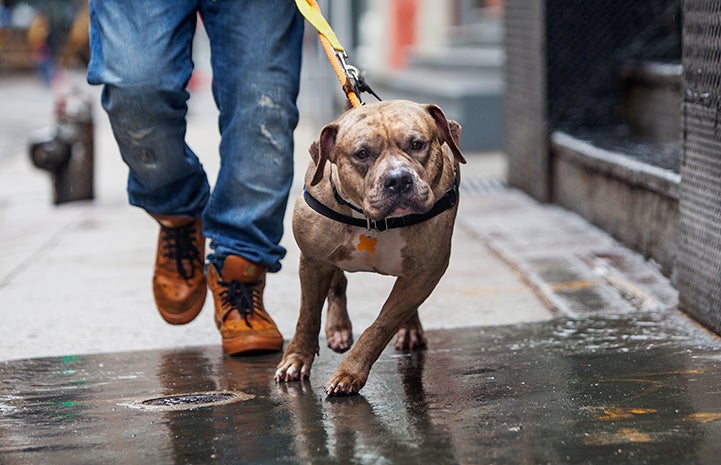