Image
Incontinent kitten who doesn't have use of her back legs gets extra care. She needs help with expressing her bladder and sometimes her colon.
By Christelle L. Del Prete 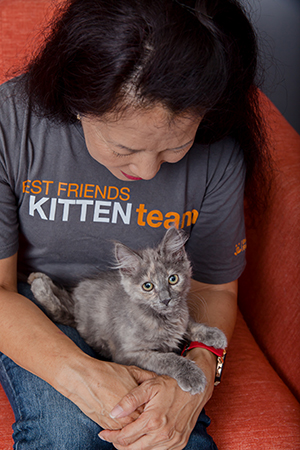 At just under a year old, Rogue is as fast and frisky as any other young cat. “She’s pretty sassy, especially with new people, and she’s got the zoomies all the time,” says MacKenzie Willmarth-Pahl, Cat World caregiver.

Rogue zooms around her building in Cat World using her strong front feet and legs to pull herself around while “scooting” her back end along behind her. It isn’t the way most cats get around, but for Rogue it works just as well. And, because the California shelter where she landed is partnered with Best Friends in Los Angeles, Rogue is making the most of her second chance at life.

Saving a kitten with urinary incontinence

Rogue’s story isn’t much different than that of thousands of kittens born every year during kitten season (March through October). She entered the shelter when she was still very young and fragile. Being in a shelter isn’t easy for any kitten, but Rogue, who had a serious birth defect, really had the odds stacked against her. The chances of her making it out of the shelter and into a loving home were slim, but all that changed when she came to Best Friends Animal Society.

Rogue was born without the use of her back legs. Sometimes when she sits up tall, her back legs curl under her into what looks almost like a graceful yoga pose. But Rogue’s back end doesn’t work at all, which also means that she has feline incontinence and needs to have her bladder (and sometimes also her colon) expressed. Expressing a cat's bladder is really no more complicated than supporting her body, putting a hand on her soft belly area and giving a gentle squeeze. But when Rogue was a baby, she needed the extra help at least four times a day, and that was a tall order. 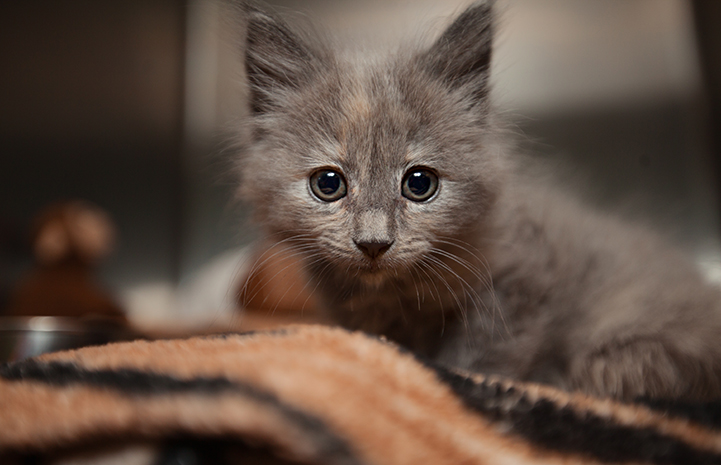 Most shelters don’t have the resources to handle the large number of healthy kittens arriving each year during kitten season. This puts little ones like Rogue, who need more care than most, at even more risk. But there’s help for them, too. That’s why Best Friends has so many programs to help prevent more kittens from being born and to help save those ending up in shelters. Rogue is one of those kittens. She got her second chance when she came to the kitten nursery at Best Friends in Los Angeles, and later to Cat World at the Sanctuary. 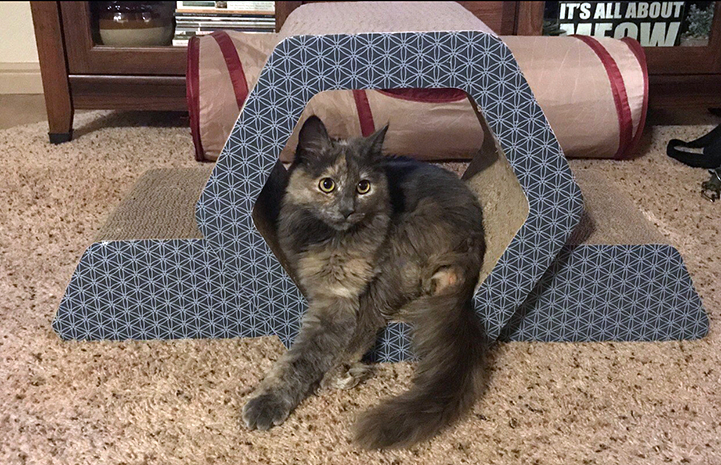 Kitten incontinence: not a problem at Quincy House

When she first arrived at the Sanctuary, Rogue still needed round-the-clock care for kitten incontinence, so she spent a few months at a Best Friends foster home. Because she gets around by scooting her back end on the floor (which can cause sores), she developed an infection. Best Friends vets swooped in to help her with a minor surgery, and afterward, Rogue got extra TLC in her foster home while she healed. 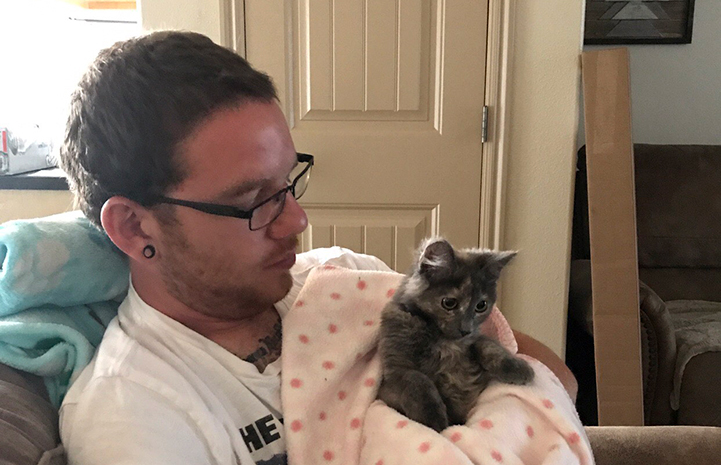 Once she recovered and was healthy again, Rogue moved to Quincy House at Cat World, a place where her condition isn’t unusual. Quincy House is home to many cats with special needs, and many of them, like Rogue, are partially paralyzed, incontinent, or both. Cat World caregivers are there to help special-needs cats stay clean, comfortable and happy.

That’s good news for Rogue. Because even though she’s a tough cookie who can get wherever she wants to go (and she’ll give plenty of sass to any person or cat who gets in her way), she’s getting all the support she needs to get to the next step of her journey — a loving home of her own. 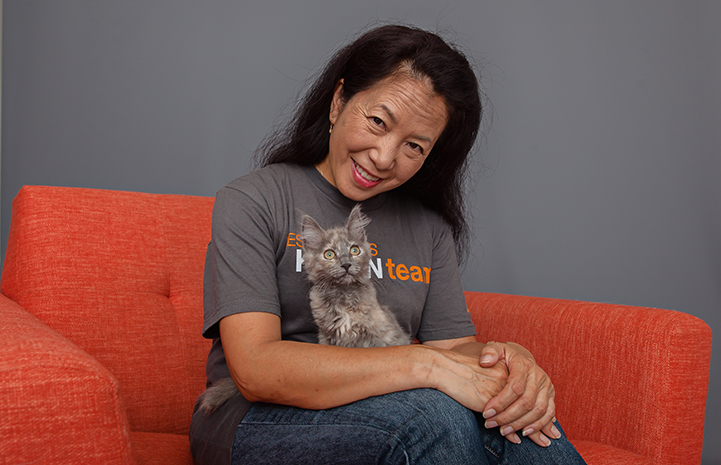