Image
Kitten tests positive for panleukopenia (feline distemper), but survives. He now has cerebellar hypoplasia (CH) as a result but is living happily.
By Nicole Hamilton

Jelly is a lot like other three-month-old kittens. He loves to play with his toys and his tail, and although he’s always trying to get Madeline, an 18-year-old fellow family cat to join him in all the fun, she’s not always up for being Jelly’s partner in mischief.

Nothing slows Jelly down from finding big joy in every little thing — certainly not panleukopenia (a serious virus he battled when he was so tiny he could fit in the palm of a hand) or a current neurological condition of his called feline cerebellar hypoplasia (CH). It may cause Jelly to wobble when he walks, but it can’t break his stride.

Help for kittens with panleuk

Today Jelly lives with his family in a New York City apartment, where he loves laps (as in running down the hallways). But it wasn’t long ago when life as a free spirited kitten (or any life at all) might not have been possible.

That was back when three newborn kittens — Jelly and his brothers (Peanut and Butter) — were brought to the Best Friends Lifesaving Center in New York City from Animal Care Centers of NYC.

Peanut, Butter and Jelly found safety at the center’s kitten nursery, where they were bottle-fed, kept warm, diligently weighed and closely monitored at the center. But soon after they arrived, the nursery team noticed that both Peanut and Butter had no appetite and what little they ate they couldn’t keep down. Jelly was experiencing the same symptoms, although to a lesser degree.

When a test revealed the three kittens had panleukopenia (also known as feline distemper) there was reason to be very concerned. “There’s no way to treat the actual virus,” says Dr. Allison Bliss, a Best Friends veterinarian in New York. “So we provided subcutaneous fluids, anti-nausea medications and other types of supportive care.”

How Best Friends is helping save lives in your region 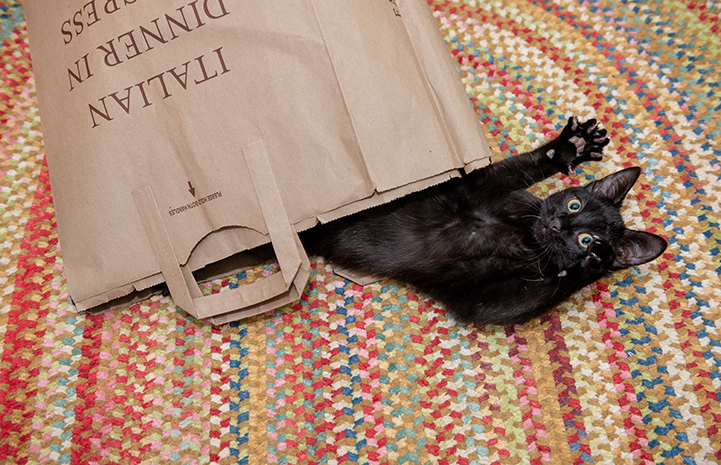 Why a cat may wobble and bobble

The nursery team did everything possible to save Peanut and Butter, but panleuk is life-threatening. And unfortunately, despite a great team effort, the two kittens didn’t make it. Jelly responded well to treatment, but as he grew stronger, the team noticed his head often bobbled. And when he stood up, he wobbled.

The team determined that Jelly’s lack of coordination was the result of CH. Dr. Allison says CH often affects kittens like Jelly who have had panleukopenia, because the virus

prevents the complete development of the cerebellum. Jelly, of course, doesn’t know he moves a little differently than other kitties. And once he started feeling better, move was all he wanted to do.

Eventually Jelly tested negative for panleukopenia, but Dr. Allison wanted to make sure he was completely free and clear of the virus before letting him interact with other kittens still too young to be vaccinated for the disease. So, she decided to foster Jelly until she knew he’d beaten the virus for good.

How to keep your kitty healthy 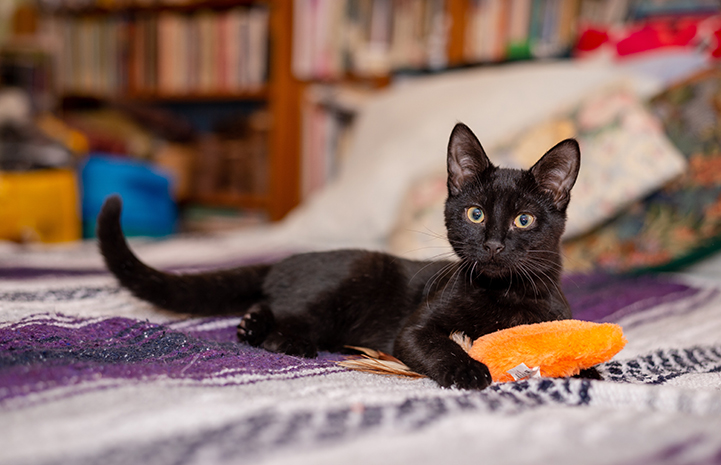 Jelly was all set to go home with Dr. Allison when a woman came to the center looking for a black kitten to adopt. There was just one black kitten in the nursery that day — little Jelly. As soon as Chanda saw Jelly, she fell in love with him. As for his CH, Chanda (who was there with her mom, Dorina) admits that at first they were apprehensive about adopting a cat with the condition, mostly because they didn’t know much about it.

They decided to leave their contact information so the staff could let them know when Jelly was ready for adoption. They figured that while Jelly was in his foster home, they’d read up on CH and then make their final decision.

“I Googled CH and read blogs about it, and I found out it’s really not a problem,” says Chanda. “All the cats (with CH) I read about seemed to be doing fine.”

Confident that they could give Jelly a home he’d love, Chandra and Dorina started getting everything ready for his arrival. One of the first things they did was make sure the apartment was safe, so that if Jelly toppled over while walking, he’d have a comfortable landing. A couple weeks later, Jelly was ready to go home and they were ready for him, too. 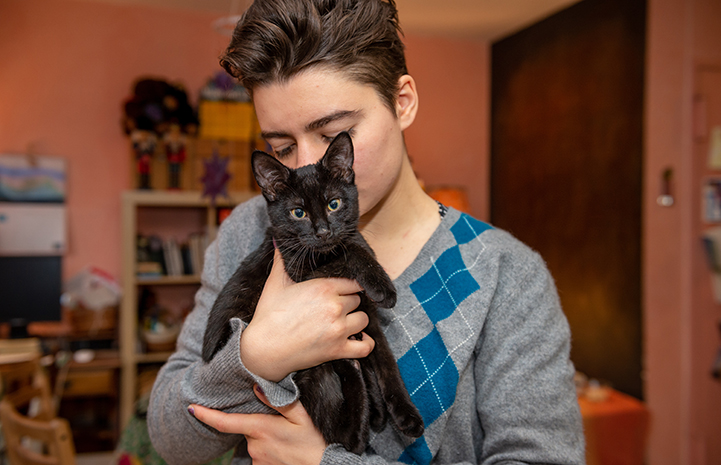 A kitten is pure joy

Once Jelly arrived in his new home, he wasted no time trying to make friends with Madeline, and the senior citizen is still getting used to having a such an energetic companion. “He wants to play. She puts up with him,” says Dorina.

Jelly has grown quite a bit and is getting stronger, especially in his front paws and legs, which is a very good thing because CH often causes more lack of coordination in the hind limbs. Having a strong front end can help make it easier for Jelly to walk.

The family covers the hallway floors with comfortable woven blankets that provide more traction. And they keep a watchful eye on Jelly when decides to investigate new places. “We let him explore our stairwell, but it would be easy to for him to lose his balance, so we do find we have to really look out for him,” says Chanda.

The extra attention is worth it, they say, especially when considering how much joy Jelly brings them. “It’s a big responsibility. You can’t just leave and not worry,” says Dorina. “But he’s always happy. He’s brought some excitement to Madeline’s life and to ours — and so much laughter.” 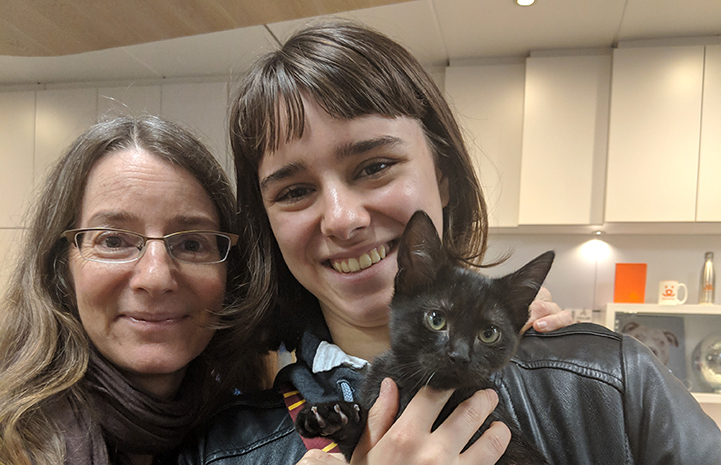 Best Friends Lifesaving Center in New York City works collaboratively with city shelters, local animal welfare organizations and individuals to save the lives of pets in shelters in New York City and the surrounding tri-state area. As part of this work, Best Friends has a national lifesaving concept space and pet adoption center in SoHo, hosts adoption and fundraising events, and runs a foster program in partnership with Animal Care Centers of New York City. Together, we will Save Them All.

Photos by Shannon Kirkman and courtesy of Mallory Kerley