Anne Mejia is one of the co-founders of Best Friends of Animal Society and currently sits on the board of directors. Anne was born in Toronto, Canada, one of 10 children and the daughter of an English mother and a French Canadian father. Anne’s parents instilled the importance of kindness and generosity in their children. This philosophy formed the basis for Anne’s life where she attended college to study psychology and sociology and to pursue a way to help heal others.

After working in community service Anne and her husband Cyrus (another co-founder) moved to Denver before meeting up with the group that ultimately created Best Friends Animal Sanctuary.

In the early years of the organization, Anne and Cyrus gave Sanctuary tours in an old pick-up truck until they later designed the official Best Friends Welcome Center to house the visitor experience. Today more than 30,000 people pass through that center annually.

Anne also helped create Angels Rest, the pet memorial park where more than 5,500 memorials honor the passing of cherished animals. She was also one of the leaders in the Hurricane Katrina rescue operation in 2005 where she refused to stand down to Homeland Security when asked to abandon its animal lifesaving efforts.

Anne is currently one of the organization’s senior fundraisers delivering a powerful message about the importance of listening to your inner voice and pursuing with passion the things that matter most. For her, it has been and will always be about the animals. Anne resides at the Sanctuary with Cyrus and their family of dogs and cats.

The future of Best Friends is really the future of the movement. It’s seeing this movement of everybody who’s part of this wave to bring this cultural change into the communities around the country, where we are no longer treating animals this way, is finally transformed. And in doing that, not only lives change for animals, lives change for people, because that kindness for their lives changes people’s lives. 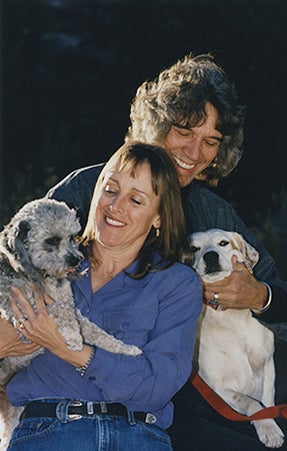